Microsoft has had a home office for several weeks and it works well. Because work in Windows 10 and new insider previews continues normally and there are not only bug fixes. Build 19608 has just been released, and it also brings something new.

Insiders can now download Build 19608 to Fast Ring. The latest Windows 10 pre-release can also offer some interesting new features. Details, as usual, can be found in the blog post of Brandon Leblanc, senior program manager for Windows Insider.

The most important innovation is the improvement of standard applications. In the future, it will be possible to search for default applications in the settings for file types, protocols, and applications. This is certainly a more than tangible improvement because with this search feature you save on long and annoying scrolling.

However, according to LeBlanc, this feature is only available to half of all users in Fast Ring, as it runs as an A / B test to better evaluate the quality of this innovation. 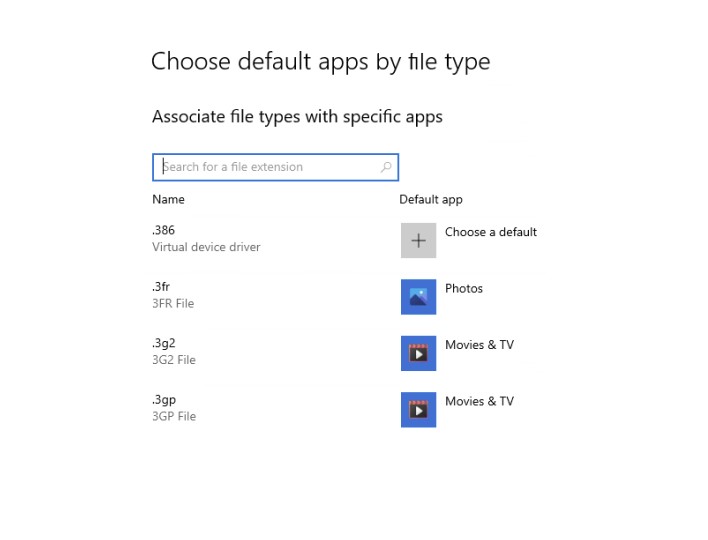 The second important improvement concerns the “Your Phone” application. Users of the app called “your smartphone” in German with Samsung wirelessly connected devices have the ability to “smoothly” move files using drag and drop. Of course, moving files works both ways.

There are some prerequisites for this: at least a Windows update must be installed on October 10, 2018. The mobile device must support the “Phone Screen” function. A list of compatible (Samsung) devices can be found here.

All of this currently has some limitations or errors. For example, folders cannot be moved. The file should not be moved from the smartphone to the computer too quickly since in the latter case there is a risk of transmission errors. Collapsing the “Your Phone” application when moving it also leads to an error.

Fixed a bug due to which Sticky Notes windows could not be moved.

Fixed a bug due to which language packs were not installed during the previous build. Anyone affected could notice that some parts of the user interface were not displayed in their preferred language.

An issue has been resolved where the incorrect Microsoft Edge Canary icon was displayed in the task manager.

Fixed an issue that caused the Snip & Sketch application to run in the background rather than in the foreground (above all windows) when clicking on the application.

Fixed a bug due to which the use of the arrow keys in the volume drop-down menu on the taskbar unexpectedly turned back and did not correspond to the direction in which they were controlled in other sliders.

Microsoft has taken some steps to improve performance when loading the Windows Update history page.

In addition, there are also some known problems. The problem including reports on stuck update processes. And also solves the problems with displaying some icons