April 16, blogger @数码闲聊站爆料 announced that the most obvious update to Xiaomi MIUI 12. At the same time, it has been optimized worldwide for high refresh rates, silky and smooth, and a new machine may be announced next week.

It is worth noting that Redmi product director Wang Teng, interacting with rice noodles. He said that MIUI 12 will be released soon. Based on this assumption, MIUI 12. MIUI 12 may be presented at the conference of new Redmi machines. The new machine may be the upcoming Redmi Note 9 series, the first MediaTek 800. 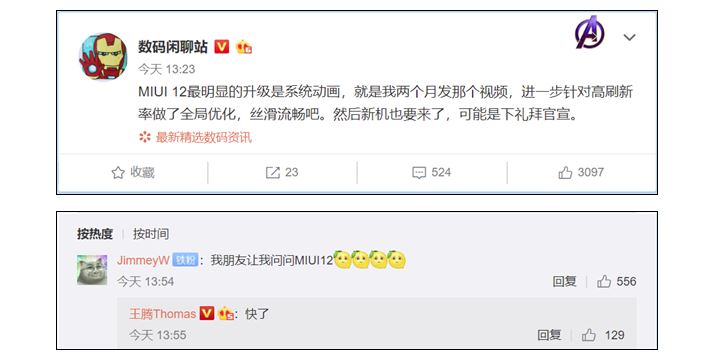 The MIUI Responsibility Officer previously reported that MIUI 12 will definitely achieve unification of the status bar and system fonts, and the style of the drag bar will be unified, and the display of blank pages and page loading will be optimized and a new download icon will appear, so stay tuned. 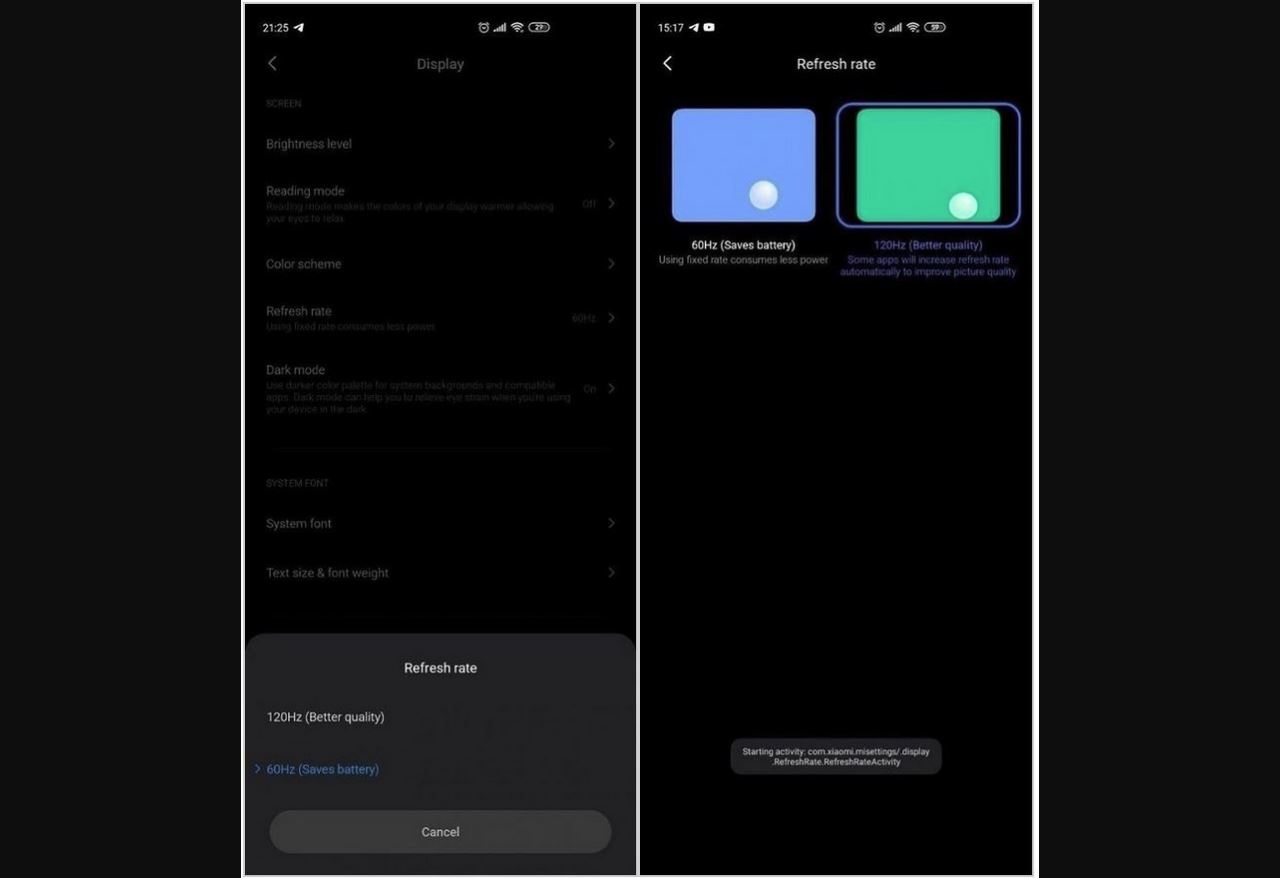 Earlier screenshots of the suspected MIUI 12 were exposed online. The overall style is relatively close to MIUI 11. MMIUI configured and optimized for high refresh rates. Experience with high refreshes rate models such as the Xiaomi 10 Series and Redmi K30 Series will inevitably be improved.

As a result, MIUI 12 will be presented in May as soon as possible, and the possibility of debuting on the same stage as the Redmi Note 9 series is not ruled out. Of course, MIUI 12 can also be launched simultaneously with the Xiaomi CC10 series, which is to be expected.

Mi 10 Lead: It is assumed that the first models will receive an MIUI 12 update. Recently, according to British media Gizmochina, the first list of Xiaomi mobile phones was revealed MIUI 12 updates. In total, the list included 23 mobile phones. It also including Xiaomi 10, Xiaomi 9, Xiaomi Mix 3, Redmi K30, Redmi Note 8 and Red Mi Note 7 and other models. This is an unchecked list and should be reserved at this time.

It is clear that in January Xiaomi released the MIUI 12 logo on Weibo. The development of MIUI 11 also stopped.

The list of models that are believed to have received the first update of MIUI 12 has been approved. Among them are the Xiaomi series and the Redmi series.

We recently reported that Redmi Note 7 may work on an earlier version of MIUI 12. And this phone is on this new list.

It is reported that MIUI 12 will have a new navigation bar and add a few new gestures. And the notification system will also be comprehensively improved.

In addition, Xiaomi and Redmi phones, which are not on the MIUI 12 list, may receive updates later, provided that the news is true.