If you trust the current rumours, Google Pixel 4a will be presented to the public as a new “budget smartphone” no later than the end of May. As you know, in recent weeks there have been various leaks. Not only the technical data and the appearance should already be known. The camera quality of the upcoming Android 10 bolide has now been put under the microscope. First picture material comes from the Cuban YouTube Channel “TecnoLike Plus”, which from colleagues at XDA-Developers has been taken up.

One camera is enough, the rest is taken care of by the AI

You can see 40 pictures taken with Google Pixel 4a. They include various indoor, outdoor, and enlarged photographs. As well as mid-range smartphone night shots. Technically, the main camera on the back uses a Sony IMX363 sensor with a resolution of 12.2 megapixels, an aperture of f / 1.73 and 1.14-micrometre pixels. There is also a 65.6-degree field of view (FOV) and electronic and optical image stabilization (EIS and OIS). On the other hand, the Sony IMX355 sensor is used in front. Which has eight megapixels and an f / 2.0 aperture.

In the first test of the Pixel 4a camera, a preliminary firmware version and the latest version of the Google Camera application was used. It is still unknown what updates Google can provide to improve the quality of photos. The software plays a major role in the solution for a single camera smartphone. Since many calculations are performed by AI, for example, artificial bokeh effect in portrait shooting or post-exposure of night shots. However, for a model in the expected price range below 400 euros. The first impressions are already visible.

Although this year’s Google I / O developer conference was cancelled, the launch date for the Google Pixel 4a remains. Now more photos have appeared on the smartphone. The pictures confirm again that the device is equipped with a display hole.

The photos were published by Rozetked. The images confirm the previous information on the design of the mid-range smartphone. The selfie camera was placed in a display hole. A single-camera lens with LED flash can be found on the back. The device also has a fingerprint sensor.

At the end of December 2019, render images of the new mid-range model became public for the first time. The “punch hole” camera on the front and the only camera lens on the back were already visible here. 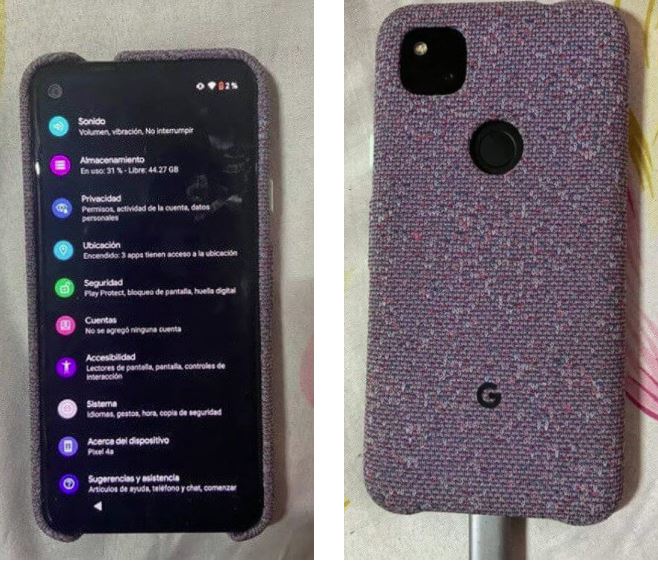 Specifications of the Google Pixel 4a

From previous leaks, it can be seen that the Google Pixel 4a has a 5.7 or 5.8-inch screen. The processor uses a Snapdragon 730 or 765. The processor is supported by four gigabytes of RAM. 64 gigabytes of internal memory should be found in the standard configuration. In addition to the USB-C port, a headphone jack is also installed. In addition, Google Pixel 4a must have a 5G modem.

Initially, the Google I / O, for which it was supposed to use the Pixel 4a, was supposed to be held from May 12 to May 14, 2020. The event was cancelled due to the current situation with the new coronavirus. The announcement of new products should take place live. Although there are currently no known changes to the release date of the Pixel 4a, it is possible that the launch will be delayed.