Samsung will soon bring a new smartphone to the lower middle class, which should be equipped with a new processor and high-resolution camera at a relatively low price. Now, we have provided almost all the detailed information and official pictures of the new Samsung Galaxy A21s in advance.

Samsung Galaxy A21s is the youngest competitor in the fiercely competitive market with a lower price range. The A21s starts at around 200 Euros. And it is expected to usher in a new generation of affordable smartphones produced by Samsung itself. Because it is based on a new platform-Samsung Exynos 850 Octacore SoC.

So far, detailed information about the new chip is little known. But we can confirm that it is an octa-core SoC with a maximum clock frequency of 2.0 GHz, as recently obtained from the benchmark tests previously reviewed. In the Galaxy A21s, the new processor is always combined with 3 GB of RAM and 32 or 64 GB of internal flash memory. And can optionally use a microSD card slot for expansion. 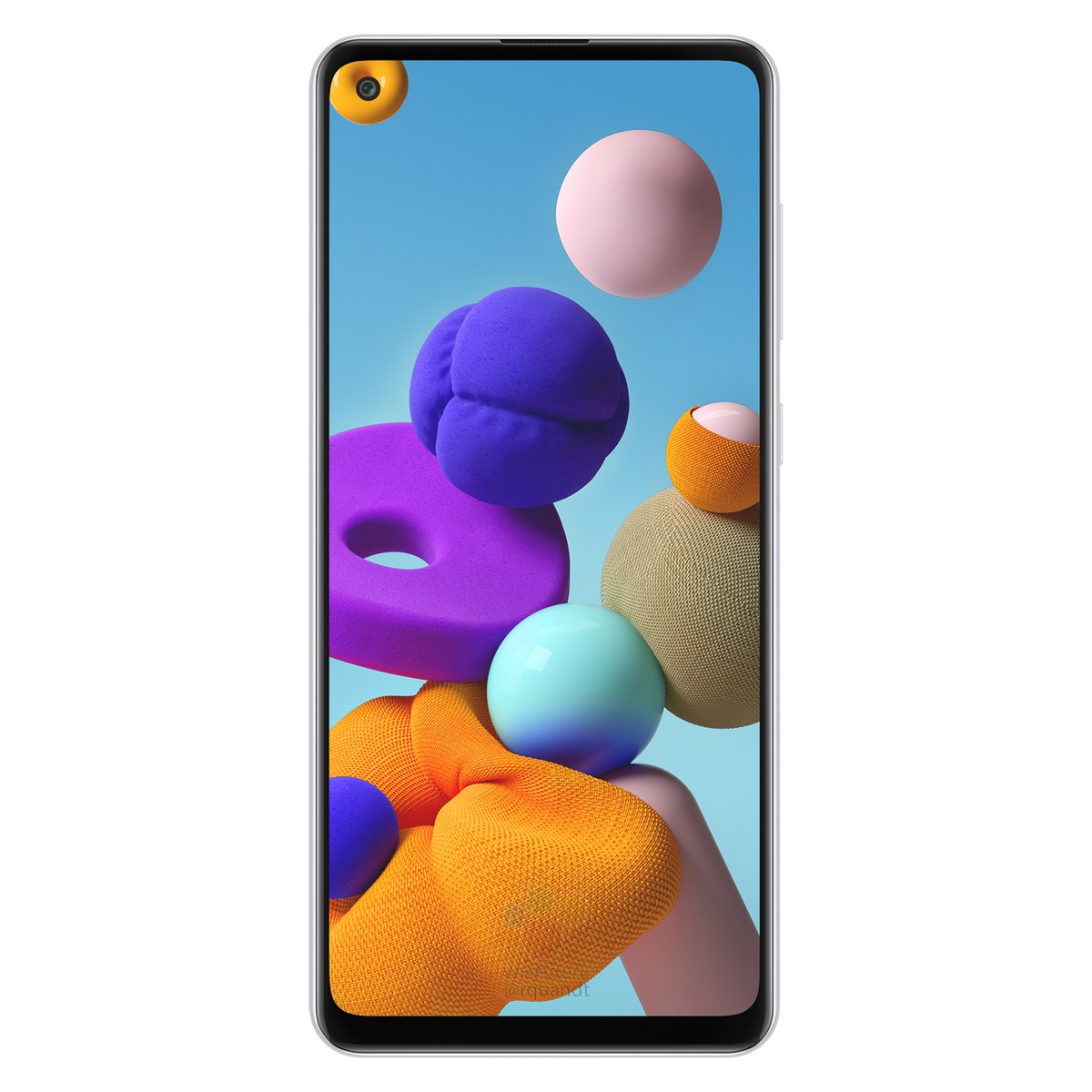 Now, we have provided almost all the detailed information and official pictures of the new Samsung Galaxy A21s in advance.

Samsung’s own 6.5-inch display based on PLS TFT

The Galaxy A21s SM-A217F also has a very large 6.5-inch diagonal display that offers a stretched HD + resolution with 1600×720 pixels. It is a PLS TFT panel, in which an IPS-like technology from Samsung’s development ensures extremely low viewing angle dependency, high brightness. And comparatively accurate color rendering. While the costs are somewhat lower compared to IPS panels.

The screen has a hole in the upper left, and Samsung has installed a front camera at the rear. Which has a resolution of 13 megapixels. There are a total of four cameras on the back of the Galaxy A21s. And the main camera uses a 48-pixel sensor made by Samsung, providing an F / 2.0 aperture.

In addition, there is an ultra-wide-angle camera with another 8-megapixel resolution and F / 2.0 aperture. According to the datasheet provided to us, the performance of the new Exynos 850 is sufficient to record 1080p video using front or rear cameras. There are other popular features. Such as a headphone jack, Bluetooth 5.0, and NFC. There is no 5G support, so you can only use mobile LTE.

Samsung said the Galaxy A21s is 8.9 mm thick and weighs 191 grams. Despite the size, the weight is relatively small, which should be attributed to the plastic used as the material of the housing. In addition, a 5000mAh battery is provided for this purpose. Which can be charged via a USB-type connection. Samsung Galaxy A21s smartphones can run on Android 10, so of course. Samsung One UI will be used again.

Samsung Galaxy S21s is expected to be available at the end of May, and then offer a 32 GB version at a price of 199 or 209 euros. Then, customers can choose black, white, and blue models.

Sony assures that the PS5 will come despite Corona 2020

All information about the Microsoft May Patch-Day for Windows