The jailbreak community said it obtained a leaked system engineering image. This revealed that iOS 14 will support the “phone and Facetime calls” call recording function. Which can be found in the “Settings” application.

IOS crackers shared an interesting screenshot that demonstrates the potentially very popular feature of iOS 14 – the ability to record both regular calls and Facetime calls. The activation of this function is left to the user – the user, having familiarized himself with the disclaimer. Users will have to activate it in the settings.

Generally, from the perspective of laws and regulations, recording a phone call is not easy. For example, the US regulator says that you can record a call, but only if the person at the other end must be notified. However, for example, in Australia and India, the state prohibits ordinary users from making calls. Therefore, if this feature appears in iOS 14 worldwide, it does not mean that it can be used in all countries and regions. Recall that the official launch of iOS 14 will be held at the developer WWDC 2020 conference on June 23. 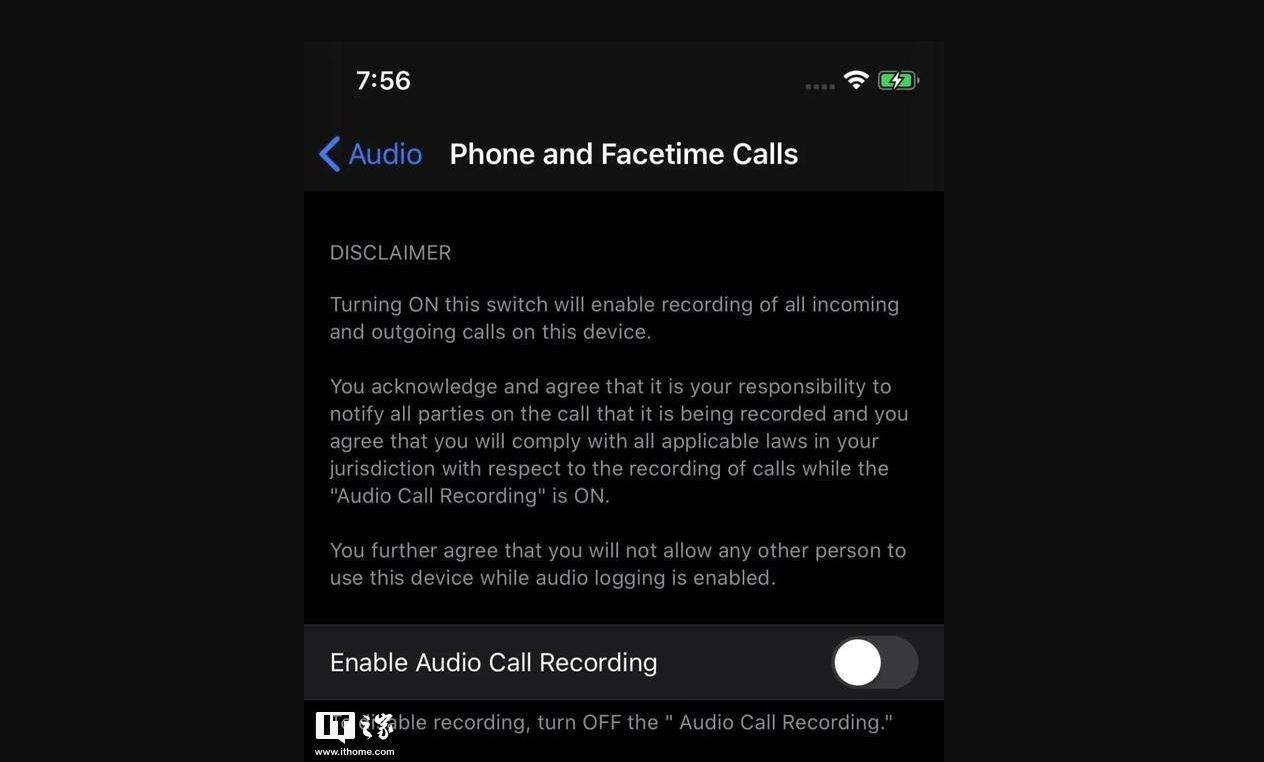 IOS 14 will support for recording phone calls and Facetime calls. The function promises to be very popular.

The breaking news shows that Apple has explained this function in detail. In short, users need to obtain the consent of the caller to enable the call recording function. And it is strictly prohibited to share the device with others during the call.

Admittedly, when it comes to privacy, call recording is a tricky issue because the Federal Communications Commission FCC clearly defines that recording is legal as long as the other party is notified before the recording, or there is a voice prompt during the call.

Previously, Google deleted the call history API on Android 6.0, and now there are signs that Apple will add this feature to iOS 14, which is really interesting.

Taskboot reports, however, the call recording function may not be available in all countries/regions, for example in Australia and India, the government has banned individual users from recording calls.

Apple will release iOS 14 at the WWDC 20 Global Developers Conference on June 23. Unlike previous events, this year’s conference will be held online.

Nvidia GeForce RTX 3080: This is what the next-generation graphics card looks like