There are still only rumors, but unofficial information about Nvidia’s next-generation graphics cards is constantly increasing. Now, the first batch of pictures and new performance data about GeForce RTX 3080 are circulating on the network, which provides hope for the improvement of performance.

Before the official launch of the graphics card, there were traditionally countless rumors about performance data and design. The graphics card Nvidia will manufacture based on the Ampere architecture is currently causing crazy activity in the rumor factory. At present, Nvidia is expected to reveal the first details of the RTX 3000 series in the next few weeks. This idea did not appear realistic until August. The first batch of pictures appearing on the network will show a new generation of graphics cards, which can also support this timely process. 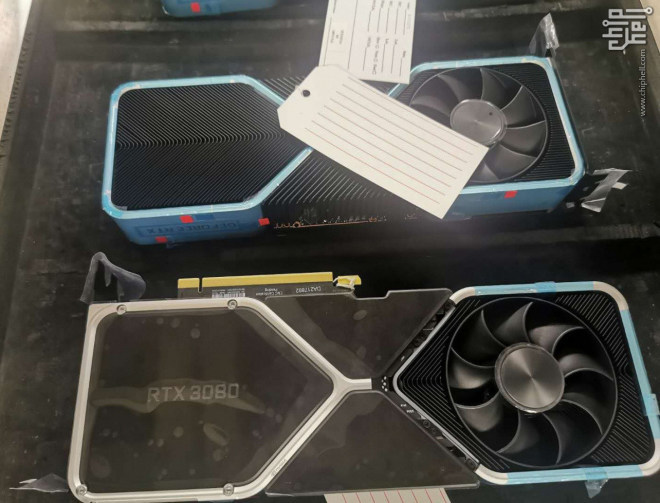 Leaker in the Chiphell Forum hopes to learn about RTX 3080. As VideoCardz wrote, these images are likely to show prototypes that show one of “many suggested designs” that Nvidia has developed in advance. You will see a card with two fan designs, located on the top and bottom of the card, and a large heat sink in the middle. This design will certainly inspire people to speculate about the airflow that this setting may generate. Then, the Nvidia subreddit also provides rendered images based on the leak. 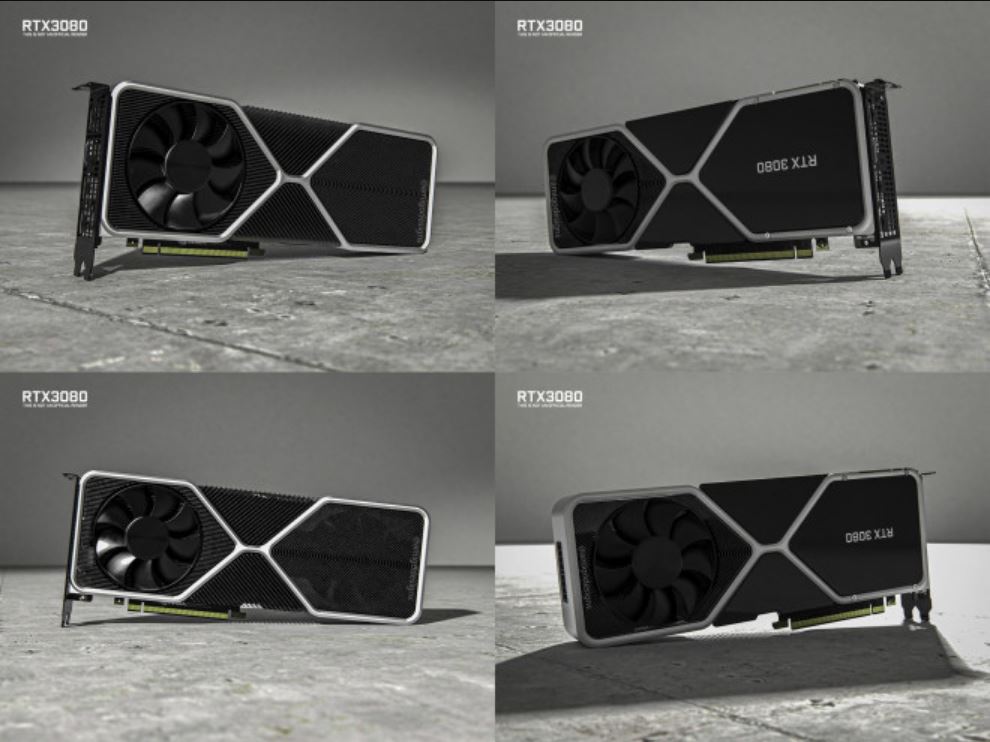 This situation is similar to the performance data currently circulated by the RTX 3080. After making wild guesses about the chip used, according to WCCTech, Leaker Kopite7kimi. Which has been very accurate so far. Now hopes to provide exact details. It is said that the card is based on the GA102-200 core, so it has a 4352 CUDA core. If the clock frequency is conservatively estimated to be 1.75 GHz, the card can achieve at least 15 TFLOPs. The RTX 2080 currently provides about 10 TFLOPs. As usual before the official performance: it is time to wait to see if the manufacturer confirms the leak.

The specifications of NVIDIA’s RTX series products seem to be still vague at present. And all products from GA104 to GA102 may doubt this particular version. One of the most reliable leakers (for this series) has just been released, and they think that the RTX 3080 will actually have a GA102-200 core with a 4352 CUDA core and 10GB VRAM. Although the leaker is very reliable, and I believe that we will see this GA102-200 GPU in one form or another. But since we are not yet sure of its naming, I marked this post as a rumor. 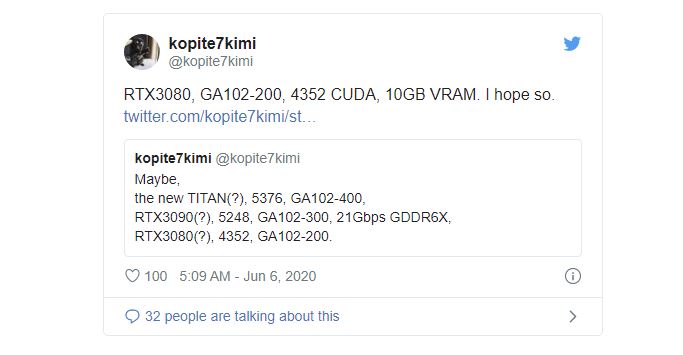 We just recently released the first photo of NVIDIA RTX 3080, and it is clearly the leaked public season. Before the launch of the next generation of NVIDIA RTX GPU, we finally entered a critical moment, and I can’t wait. The problematic leaker Kopite7kimi has paid for all of its NVIDIA Ampere leaks, and although I am sure we will see this GPU under one or another name (eg RTX 3080 SUPER/Ti), it is not so 100% sure of the name law. In any case, it is clear that NVIDIA is ready to release some very powerful graphics cards.