On June 11, Xiaomi will show its new fitness bracelet for the second consecutive year. The new Mi Band 5 is officially released, with an enlarged screen. A new SpO2 sensor, an expanded feature set, sports modes, and multi-function NFC.

In appearance, the design is very similar to the fourth generation. Nevertheless, the price is high, and the new chip and magnetic charging will make you consider buying Mi Band 5.

The broadcast starts at 9 am Moscow time. The presentation of Mi Band 5 is in Chinese. The company does not duplicate this event on Youtube with subtitles, so officially there are no English or Russian subtitles.

Link the detail of official broadcast

Link to the original broadcast

The company duplicates all the basic information about the gadget and its characteristics on the slides. So you can watch the presentation in the original language.

The birth of a legend

Users who are just getting acquainted with Xiaomi smart bracelets and plan to buy Mi Band 5 will be interested to know about the history of presentations of the popular gadget.

At the presentation, the company focused on the comparison with the fourth generation. 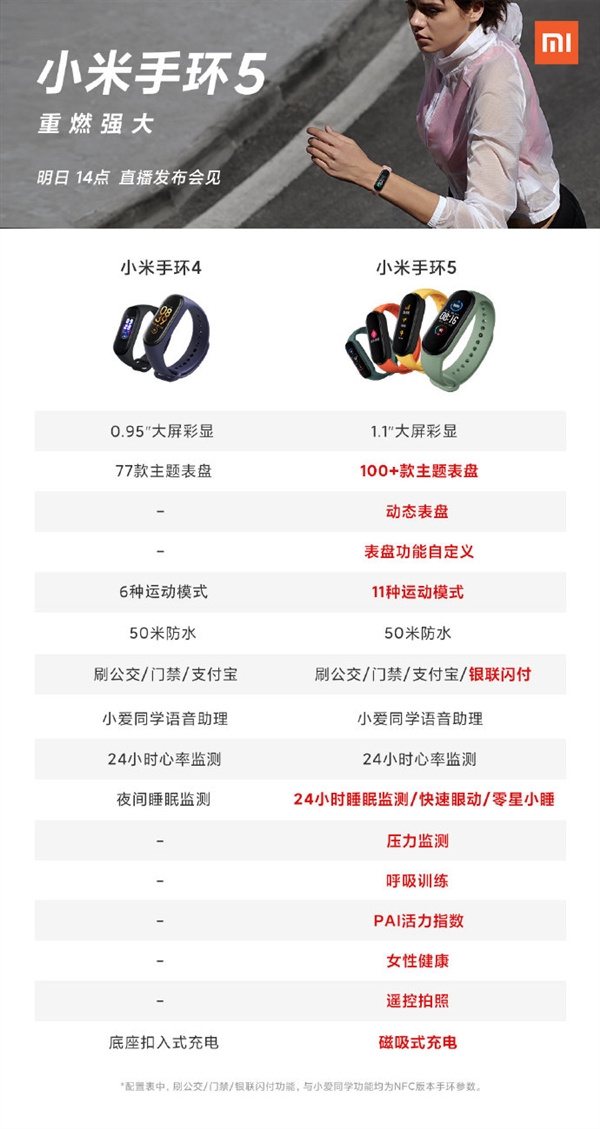 Given the compact size of gadgets, increasing the screen will become a heavy argument. please switch to the new version. The developer promised to update the dial and improve readability.

The design remains the same: a capsule with a rounded 2.5D display.

2) 100 original dials to choose from in the application instead of 77.

3) Sleep is now controlled 24 hours a day, and not just at night (for example, during daytime or power sleep).

5) The ability to use Mi Band 5 as a trigger for photos (control the smartphone’s camera).

6) The new SpO2 sensor for monitoring oxygen saturation in the blood, and several functions for women (for example, monitoring menstrual cycles).

7) Magnetic charging. In my opinion, this is one of the coolest advantages because of which it is worth buying the Mi Band 5.

8) The Mi Band 5 battery has a capacity of 100 mAh. Battery life up to 14 days when fully charged. A full charge through the Pogo Pin charger takes 1.5 hours. 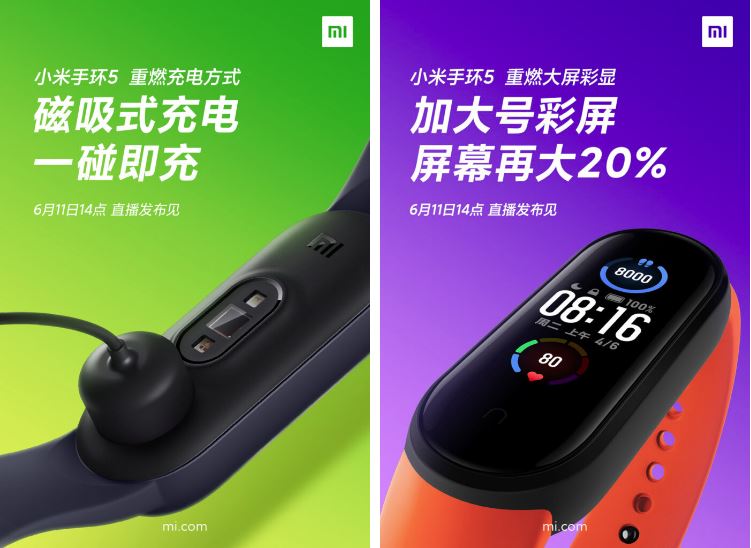 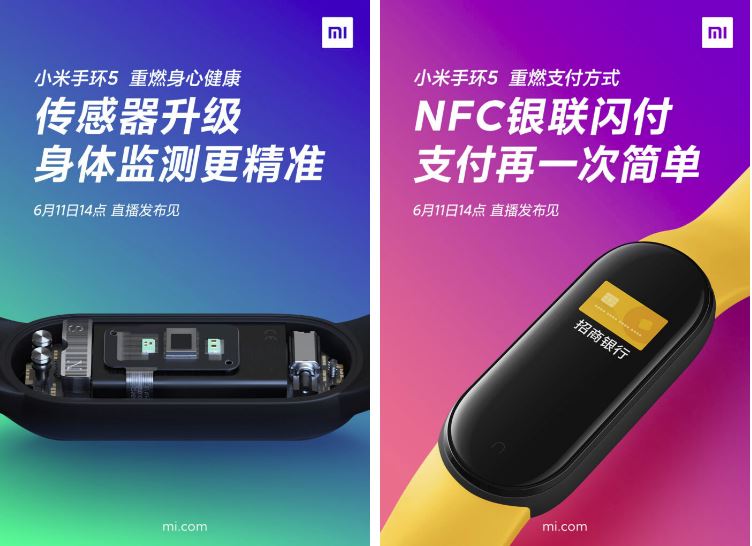