Yesterday, China Telecom, the largest Chinese operator, published the prices of various versions of the Honor X10 Max 5G smartphone. And now we have the first live photo of the device in the hands of the user. 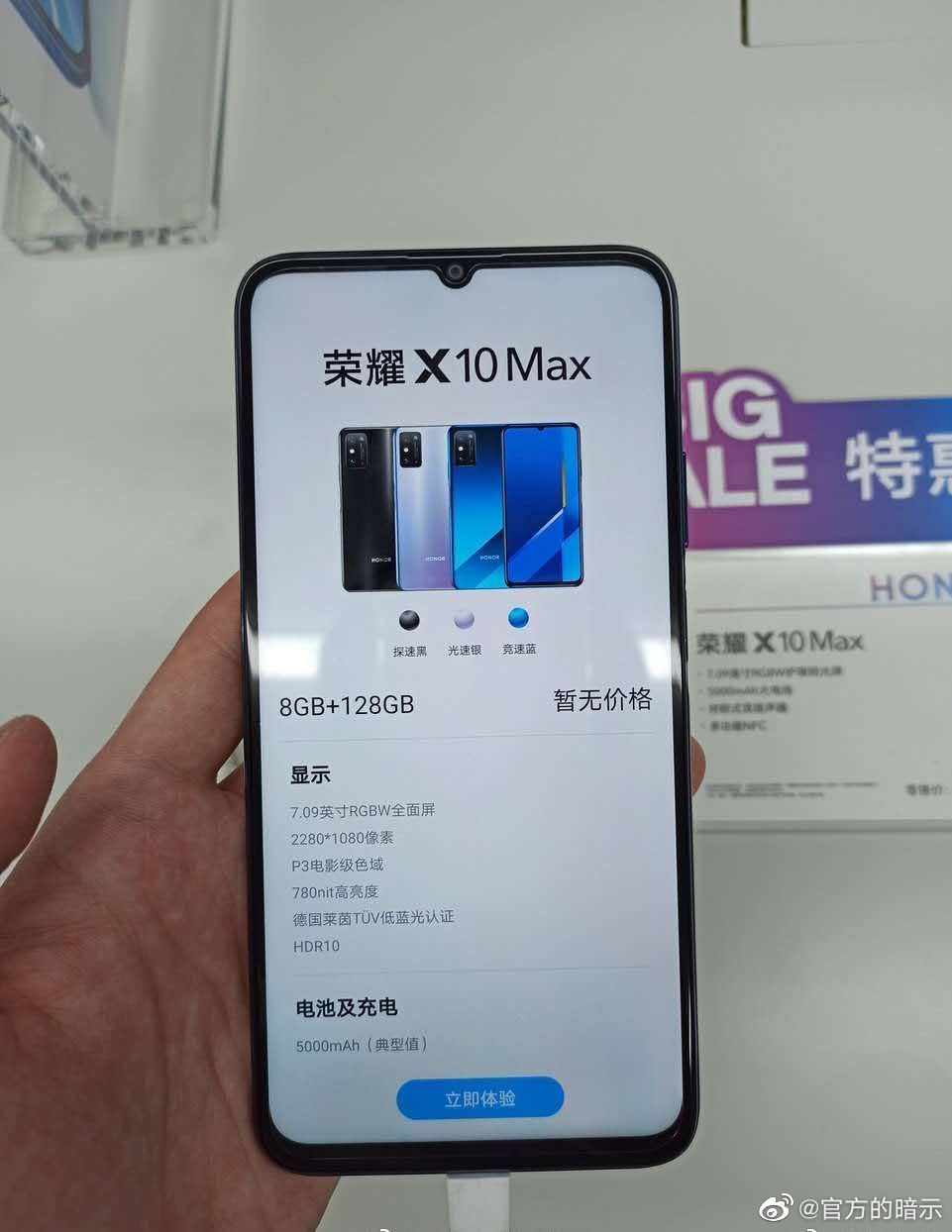 Recall that we are talking about the largest smartphone in the modern Honor series. It should receive a 7.09-inch display that supports RGBW technology, HDR10 dynamic range, and 780 cd/m2 and HDR10 brightness.

The Honor X10 Max will be built on a single-chip system MediaTek Dimensity 800 5G. The phone is equipped with a 5000 mAh battery and supports 22.5 W fast charging technology. The Honor X10 Max will get an 8-megapixel selfie camera and a dual main camera with an image sensor with resolutions of 48 and 2 megapixels, respectively. The fingerprint sensor is located on the right-side panel of the device. 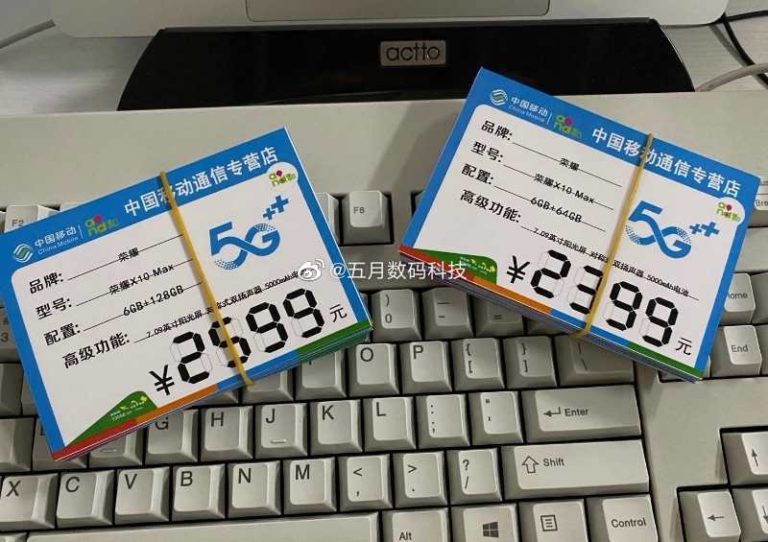 Out of the box, the smartphone will run the Android 10 operating system with the latest version of the proprietary Magic UI shell.

According to recent reports, the Honor X10 Max 5G, scheduled for July 2 official sale. It is called KKG-AN00. The KKG-AN00 smartphone has recently appeared in China’s TENAA Telecommunications Management Database with full specifications and images. Now the phone has appeared on a working Geekbench test platform. 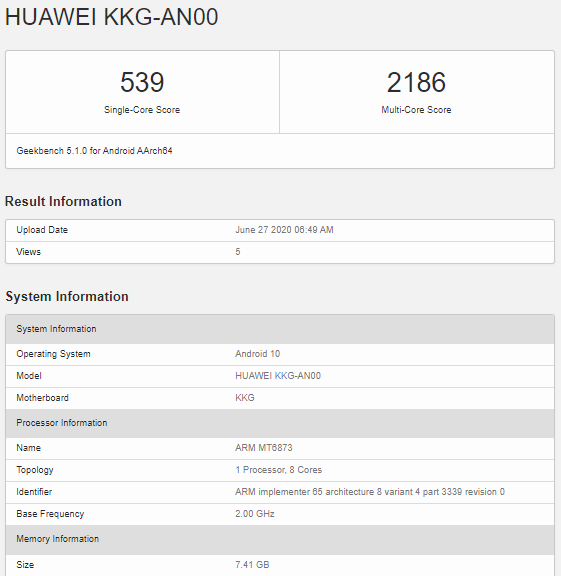 The Honor X10 Max 5G list on Geekbench shows that it runs on an octa-core MediaTek processor with a clock frequency of 2.00 GHz. Its MT6873 belongs to the Tianji 800 5G SoC.

SoC is equipped with 8 GB of RAM, and Android 10 is preinstalled on the device. The phone scored 539 points in the Geekbench 5 single-core test. It scored 2186 points in the multi-core test.

Previous reports show that the Honor X10 Max 5G will use a 7.09-inch IPS LCD panel with holes for water drops. The screen is equipped with RGBW technology, you can get better brightness in bright sunlight. In addition, it has a side fingerprint reader.

It is expected that the National Bank Glory X10 Max will provide 6 and 8 GB RAM versions, as well as 64 and 128 GB versions for data storage with support for memory cards to expand storage space. 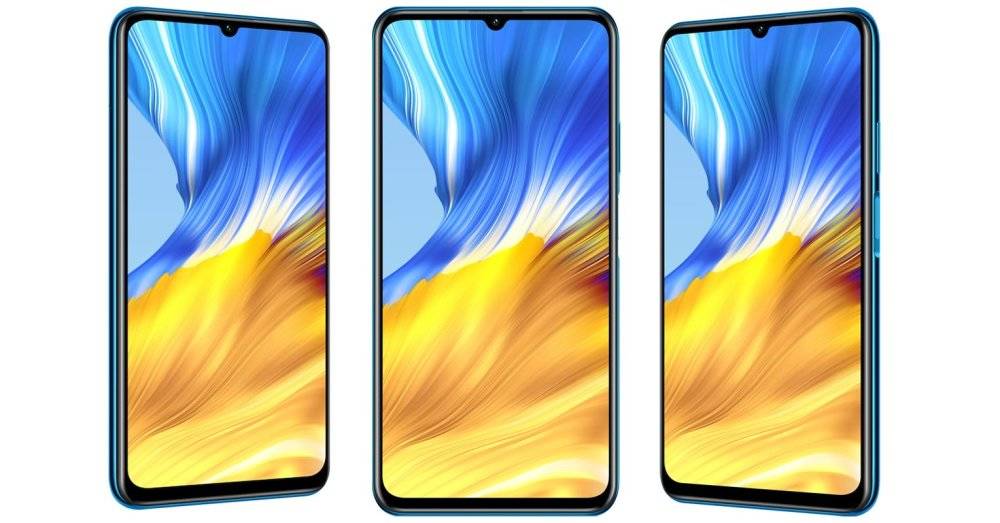 New iPhone pricing and layout may be a signal