Apple iPhone 12 ultra-thin packaging inlay renderings exposure: unable to accommodate chargers, EarPods. it was reported that Apple will omit EarPods headphones and chargers that were traditionally pre-installed in the box. Thereby saving costs and reducing electronic waste. And reduce the packaging size. The iPhone 12 box is thinner and more refined.

Ran Avni of ConceptsiPhone shared a new rendering of “Reliable Source”, which is said to be inset in the box of ‌iPhone 12‌.

We learned that the profile of this inlay is very thin, with a circular area (for USB-C to Lightning cable) and a square area (can be used for the instruction booklet and the traditional stickers included with Apple products) because It seems to be too thin to accommodate EarPods headphones and chargers. And the inlay itself may appear slightly recessed around the entire location.

Almost all of Apple’s product packaging is made from recycled paper products. And the inlay of the “iPhone 12” box is firmly stuck in the external retail box. The appearance of the inlay looks more like plastic, which is not common in modern Apple retail packaging boxes. But this may only be because the drawing process cannot accurately represent the molded paper product.

Apple iPhone 12/SE 2 no longer comes with a charger and headphones. The packaging is thinner and more refined

MacRumors’ foreign media reported that the leader of L0vetodream has released a new tweet. He suggesting that the Apple iPhone 12 product line will not give EarPods headphones and chargers. Adding that the existing iPhone SE 2 will be finalized. 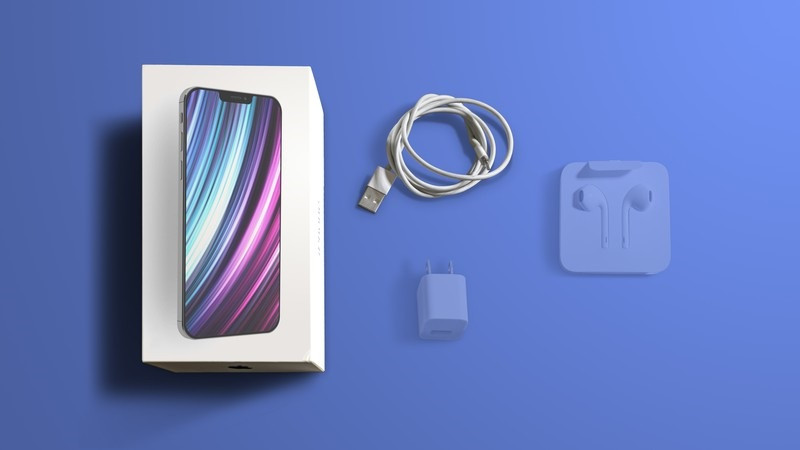 L0vetodream also claims that future iPhone boxes will be “thinner” and “delicate”. Apple is already known for its light and economical boxes. Shrinking its “iPhone” box can reduce waste and transportation costs. 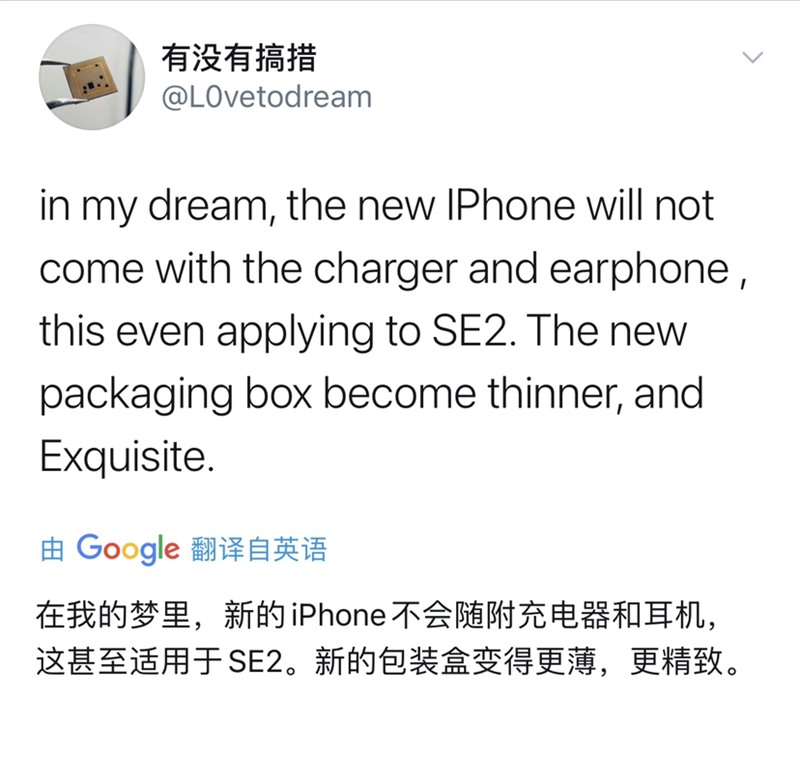 Earlier IT House reported that analysts Ming-Chi Kuo and Barclays Bank analysts have also released forecasts that the iPhone 12 will no longer come with chargers and EarPods headphones. Apple is expected to release a separate new 20W fast charging charger as an optional accessory for the iPhone. And will end the production of its existing 5W and 18W power adapters later this year.

According to the news, Apple’s new 20W power adapter looks similar to the 18W version, with USB-C Power Delivery for fast charging. Guo Mingji also expects that Apple will stop the 5W power adapter that comes with the iPhone SE 2 later this year.

Barclays still hopes that Apple will include a Lightning to USB-C cable in the box as the only accessory that comes with “‌iPhone 12‌”. It is expected that there will be four models. A new 5.4-inch device and two 6.1-inch devices Model, a 6.7-inch model.

In terms of the selling price, the iPhone 12 is rumored to be available for sale starting at $ 649, (iPhone 11 costs $ 699). Which is cheaper than the iPhone 11, and the entry threshold is further reduced.

Microsoft rolling out a new version of Windows 10 start menu