Not so long ago, the world-famous market research organization Counterpoint published the latest market research report, according to which Huawei surpassed Samsung in smartphone shipments in April and May, taking first place in the world.

Today (8th) morning news, according to the Nikkei Chinese Network report, Samsung Electronics is likely to cede the throne of Huawei in the global smartphone market from April to June. 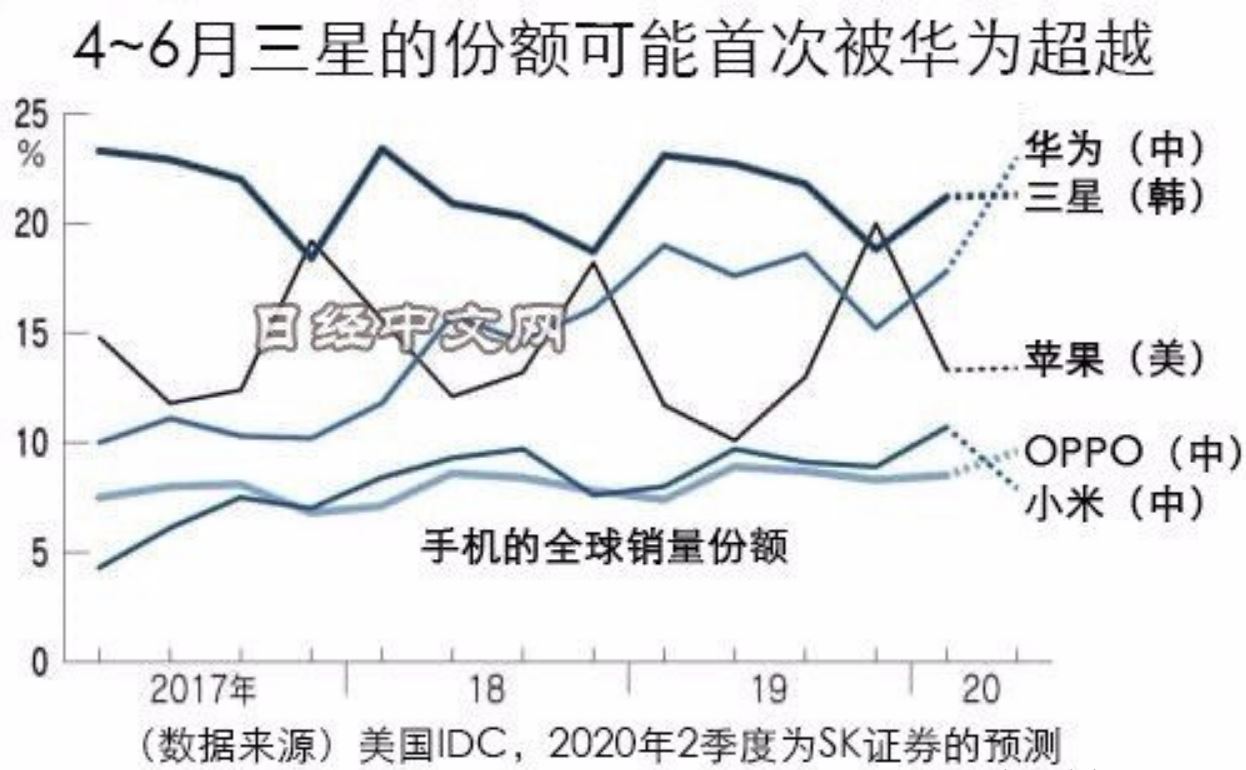 This means that for three consecutive months, Huawei becomes the world’s largest manufacturer of smartphones in terms of supply. This is the first time that domestic brands have achieved this kind of achievement.

Samsung is expected to drop about 30% year-on-year from April through June as a result of the expansion of the new Crown epidemic. Huawei declined slightly, and both sides formed a difference. Sluggish smartphone sales will affect Samsung’s overall performance.

According to estimates by SK Securities in South Korea, the supply of Huawei mobile phones from April to June amounted to 55 million units, while Samsung – only 51 million units.

However, with the gradual improvement of the epidemic and the opening of markets such as India and the United States, Samsung is more likely to return to first place in the world. After all, Samsung has a fair international market environment and the United States will authorize Huawei, and the lack of Google GMS services will inevitably lead foreign consumers to move to other brands’ camps.

In addition, due to US sanctions, Huawei HiSilicon Kirin may stop deliveries in the future, which may also lead to a reduction in the supply of Huawei mobile phones.

The short peak did not ease Huawei’s pressure, and real difficulties are yet to come.

|The Huawei becomes a leader in the smartphone market

Samsung mobile device shipments are expected to decline by 30% this quarter. On the other hand, the supply of Huawei smartphones has declined slightly. Huawei previously surpassed Samsung in smartphone sales in April and May. This is particularly impressive given the ongoing trade and economic wars between the United States and China.

It is unclear whether Huawei can gain a foothold in the global smartphone market leader. It is recommended that due to the lack of support for Google applications and services. The attractiveness of Huawei and Honor smartphones may be reduced.

Microsoft rolling out a new version of Windows 10 start menu