In recent years, at Huawei, only the corresponding Pro model was bent to the side, while the regular version had a flat display, such as the Mate 30 and P40. With the release of the Mate 40 series in October, the base version may also have a waterfall display with a very curved side, as the first leaked protective screen suggests.

Information on the flagship of the Mate 40 smartphones is gradually appearing and will be released in the fall, probably in October. With the 5nm Kirin 1000 chipset, from which Huawei apparently could order large enough quantities before the U.S. sanctions were imposed. The Mate 40 will certainly be decently fast, at least if the new HiSilicon chipset is based on the new ARM architecture Cortex-A78 based. 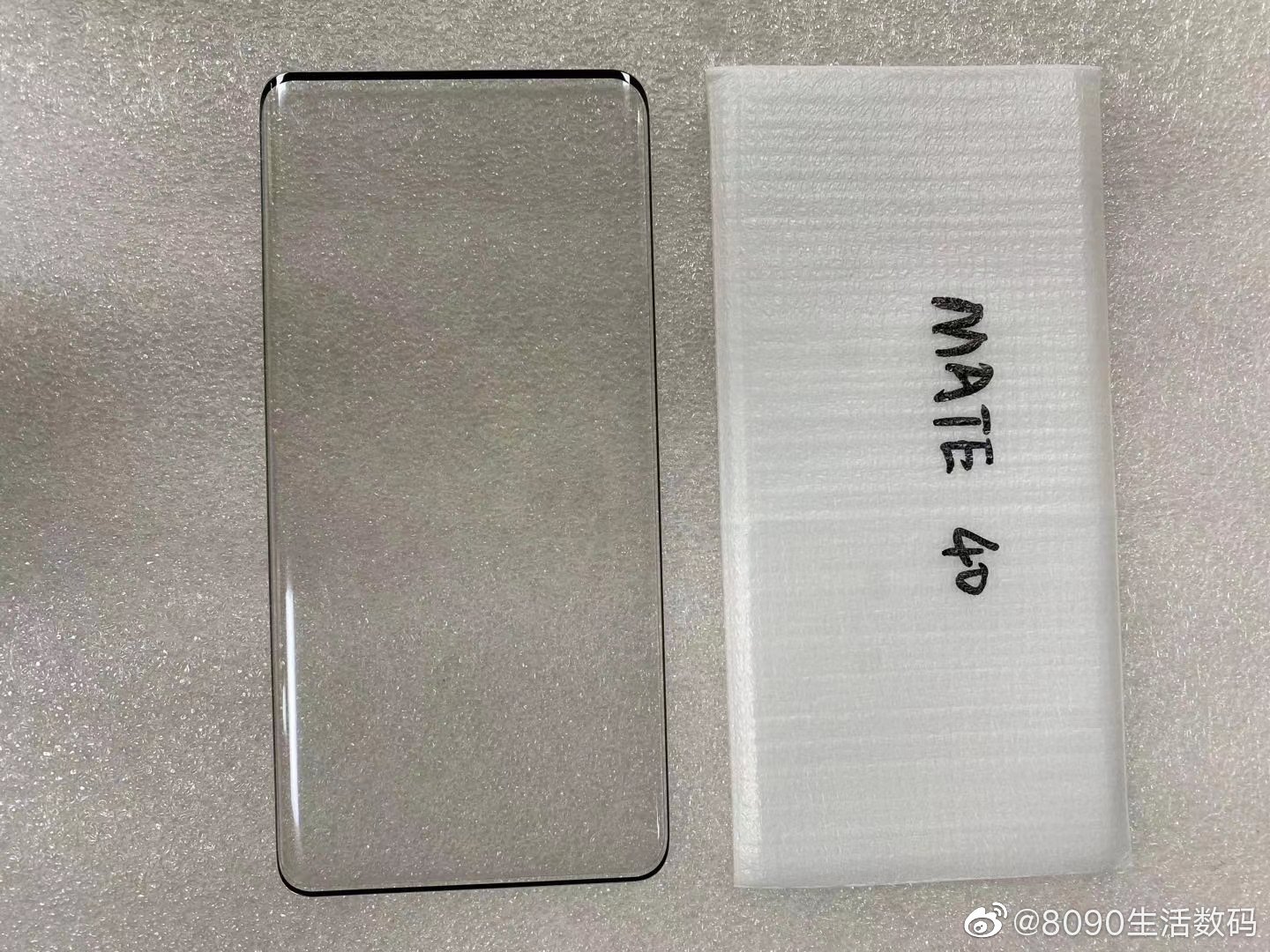 Outstanding voices, such as analyst Ming-Chi Kuo, also pointed to a new “freeform lens” for an ultra-wide-angle camera that should produce fewer artifacts and sharper images, and it was also rumored that the OLED display was at least a Pro variant, can work with a refresh rate of 120 Hz – for many users, it’s just a battery, but in 2020 it will be almost standard in the high-end segment. All this applies, at least to the Mate 40 Pro, but how much the basic version of the Mate 40 has been reduced is not yet known in detail.

On Weibo, the first screen protector for the next generation of helpers, which should clearly match the Mate 40. It features a strongly rounded side design, commonly referred to as a waterfall or skyline display on Huawei, and was introduced with the Mate 30 Pro last year. In the P40 Pro and P40 Pro +, Huawei expanded the rounded edges to all four sides and called the overflow design, but this should be reserved for the P series – it is obvious that the pairings only come with rounded edges on the sides, as Huawei Teme observers via Twitter confirmed.

At present, however, it is still too early to provide clear evidence that this is just the first sign of a waterfall being displayed in a regular 40 mat; other leaks may reinforce this theory in the next few weeks or refute it.