In the last few hours, Samsung’s upcoming Android tablet duo has had two leaks. On the one hand, we see the new background picture on the front of the Galaxy Tab S7 in the official news pictures. On the other hand, South Korea’s certification provides the first real picture of the Galaxy Tab S7+. You must get used to it first.

Samsung is expected to officially launch two new Android tablets Galaxy Tab S7 and Galaxy Tab S7+ on July 22, and its most important specifications were only leaked yesterday. Interestingly, the 120 Hz mode is not specified, which is actually aimed at Two Apple iPad Pro competitors that are already planned. Not only in this regard, but there are also still some uncertainties in the next few days until July 22, and there are some surprises in the design.

A few weeks ago, we saw the first visualized CAD model, including the 12.4-inch Galaxy Tab S7 Plus and its smaller brother. As shown in the first real picture displayed on the Secure Korea Certification website, it will take a while for the back to adapt. We have highlighted the original (see below) to make a slender black S-shaped pen on the extension of the double cam assembly, which can be found on the reverse side of the AKG logo, which is more obvious. 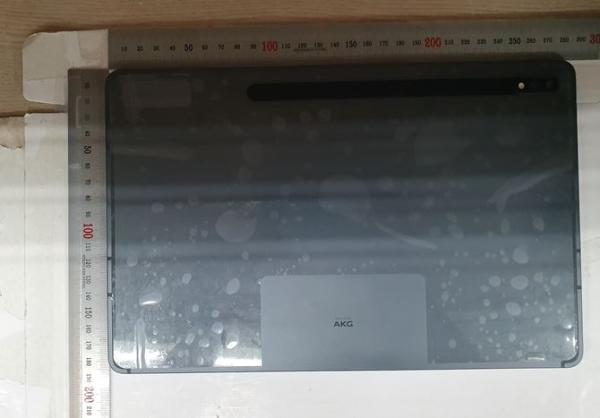 |Black trough for S-Pen takes some getting used to

Not only does the young Leaker Nils Ahrensmeier not fully understand this at first glance in the tweet below. But you are also used to the visual features of the next generation Galaxy Tab. It is also doubtful whether all the color variants of the Galaxy Tab S7 will attract people’s attention due to this black stripe. The official news picture (pictured above) also provided by Leaker Evan Blass shows an unobtrusive front, with a selfie cam on the longer side. And the edges around the display are quite thin and even. The background picture is at least unusual, but it should be the official picture.

READ ALSO:   Here's what a Oppo live screen camera looks like on a smartphone 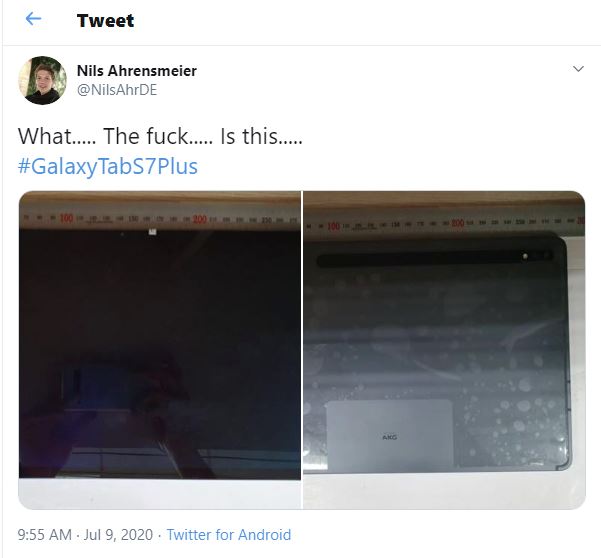 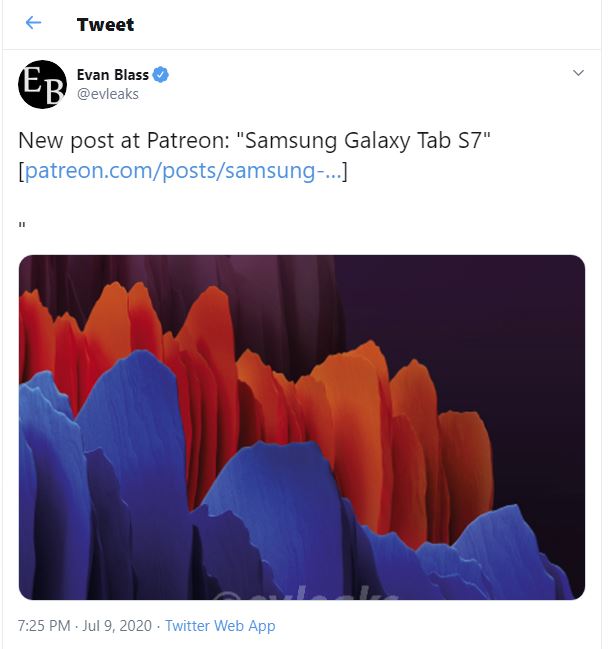