Last week, there were a lot of mobile phone manufacturers preparing fast-charging solutions for mobile phones with more than one hundred watts in the mobile phone circle. Unexpectedly, just starting this week, OPPO announced that it will release the 125W super flash charge first on July 13th. The slogan is “something is going to happen soon.” OPPO’s official 125W is also the fastest and most efficient mobile phone fast charging technology in the industry.

The official Weibo OPPO has just announced that the 125W Super Flash Charge will officially debut at 3 pm on July 15th. 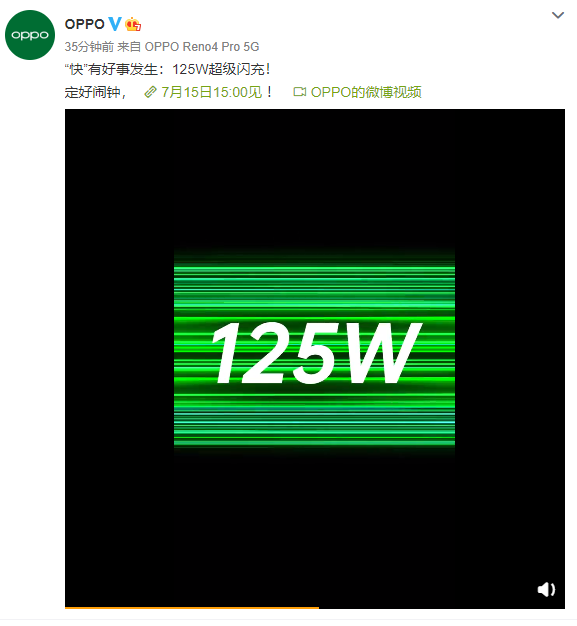 The official video of the OPPO announcement showed that this time OPPO will directly switch from super flash charging from 65 W to 125 W, which will again update the charging power record of wired mobile phones.

Prior to this, OPPO led the serial production of commercial super-flash units with a power of 65 watts. The first model was the OPPO Reno Ace. It took only 30 minutes to charge a 4000 mAh battery, which was the fastest mobile phone with the same battery capacity at the time. 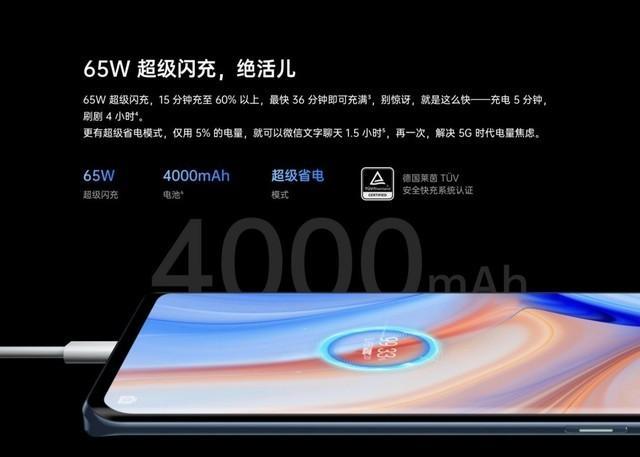 Currently, OPPO has added support for 65W SuperWOOC flash charging technology on devices including OPPO Ace2, OPPO Find X2, OPPO X2 Pro, OPPO Reno 4 / Pro and other devices. This technology allows you to achieve the effect of “charging for 5 minutes and cleaning for 4 hours.” At the same time, OPPO holds more than 1,700 patents for flash charging technology, and about 20 foreign patents have been granted.

Currently, the first model with a super flash of 125 W is still uncertain, and the possibility of mass production and commercial use of OPPO in the second half of the year is not ruled out.

|OPPO currently has the fastest commercial charging power of 65 watts.