I don’t know if this is a high-quality version of the iPhone 12 or not, but the new 20W fast charger is already included.

According to the latest situation, Apple’s new USB-C power adapter received 3C certification, its power is 20W, and the model is A2305, which basically corresponds to the previous indicator. Manufactured Power Supply (Dongguan) Co., Ltd.

Of course, due to cost factors, Apple is unlikely to equip the entire iPhone 12 with this accessory, like last year’s iPhone 11, so from this point of view it also makes you consume a more expensive version.

The iPhone 12 series will also be equipped with a Qualcomm X55 chip that uses a 7nm process and supports a 2/3/4 / 5G network and dual-module SA / NSA network mode. Regarding the case dimensions of the iPhone 12 series, it was previously reported that the 5.4-inch and 6.1-inch versions are slightly smaller than the current iPhone 11 series, while the 6.7-inch version is larger.

according to the @数码狂报 broke the news, three new iPhone batteries passed the certification. He also broke the news with capacities of 2227mAh, 2775mAh, and 3687mAh respectively.

Judging by the content of the Chinese Source, the three new iPhone batteries are

Each of which has a nominal battery capacity. In addition, the A2466 also uses an L-shaped battery, which is the largest of the three batteries. 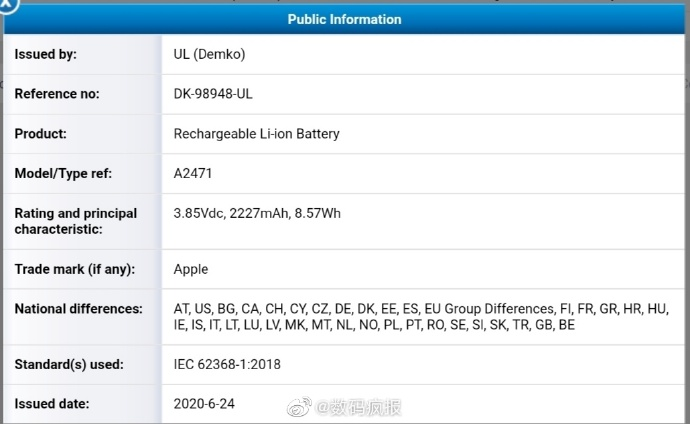 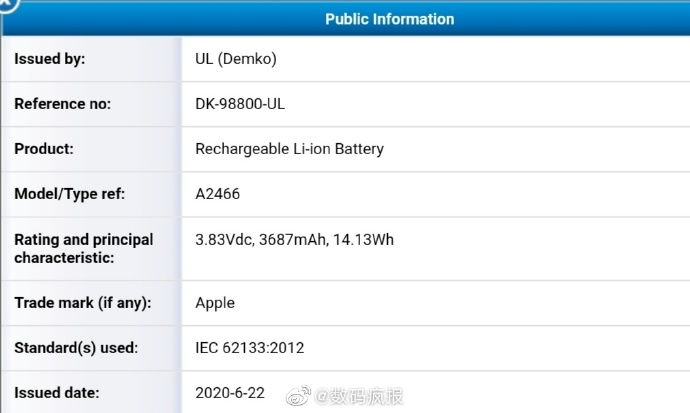 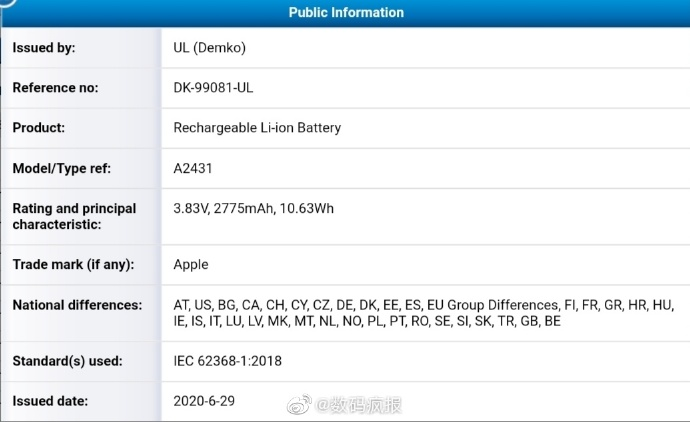 |The battery capacity of all iPhone 12 models has become known

It is expected that Apple will introduce a new line of smartphones in September this year. It is possible that due to the coronavirus pandemic. The event will be held online.