Messages were posted on their page on the social network Twitter saying that they decided to share their savings by returning twice as much as the amount that everyone would transfer to them within 30 minutes in bitcoins: “If you send $ 1,000 I will return $ 2,000 back. ”

These messages hung on the pages of the above-mentioned people for only a few minutes, after which they were deleted. Users in the comments suggested that this was most likely some kind of joke. But many decided to try their luck. The total amount of transfers in a few minutes exceeded 100 thousand dollars. 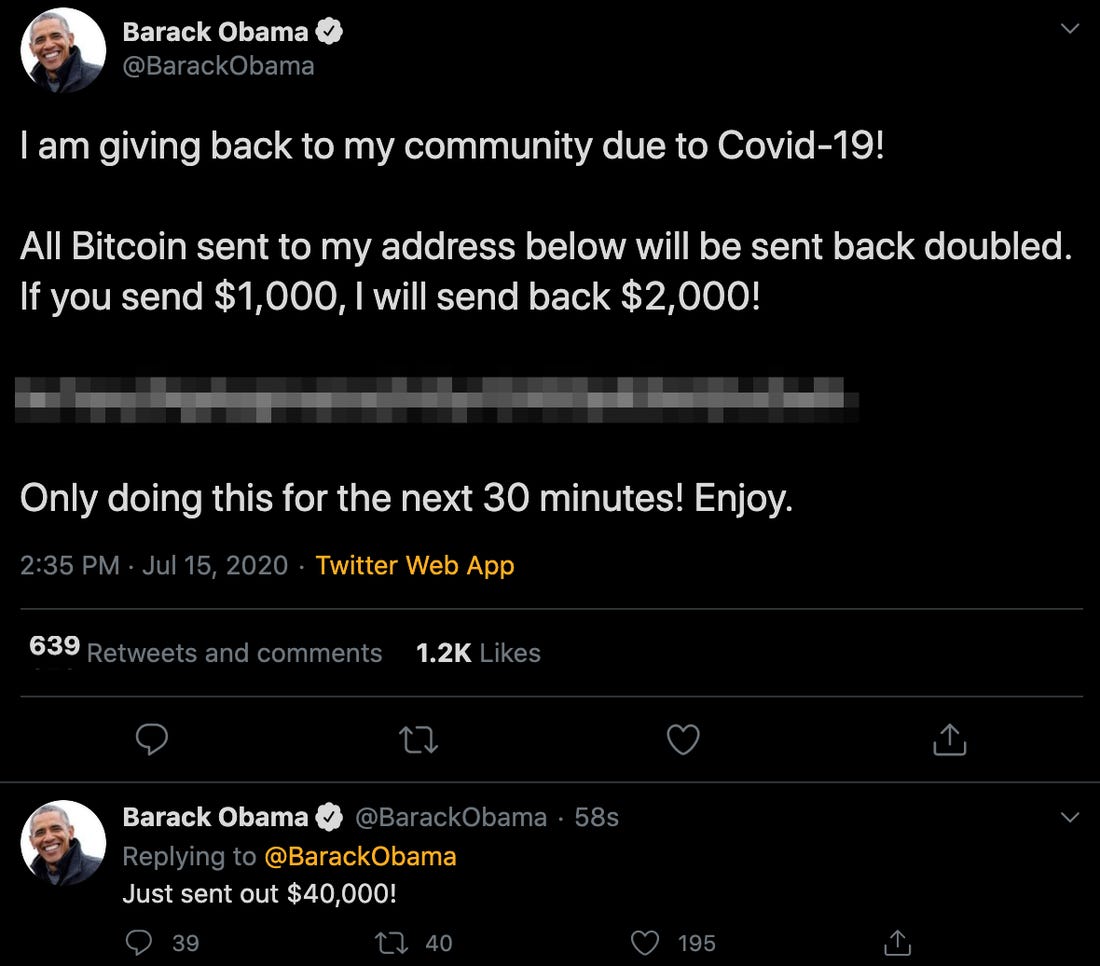 Twitter reacted quickly, saying they were investigating the hack, but it is not yet known how hackers gained access to user accounts. The FBI has already joined the investigation.

A year ago, hackers hacked into the account of the creator of Twitter, Jack Dorsey, and posted a series of messages that contained offensive signs of African-Americans. As well as anti-Semitic statements referring to the Holocaust and the threat of explosions.

Why not with Donald Trump?

It is striking that the first verified (blue checkmarks) Twitter accounts were affected. And, obviously, only people or companies for whom the scam would in principle be trustworthy. For example, current U.S. President Donald Trump has clearly gone missing, who probably won’t be able to receive such gifts. But less visible accounts that previously promoted such promotions as a charity. Such as our diamond colleague JerryRigEverything, tweeted: 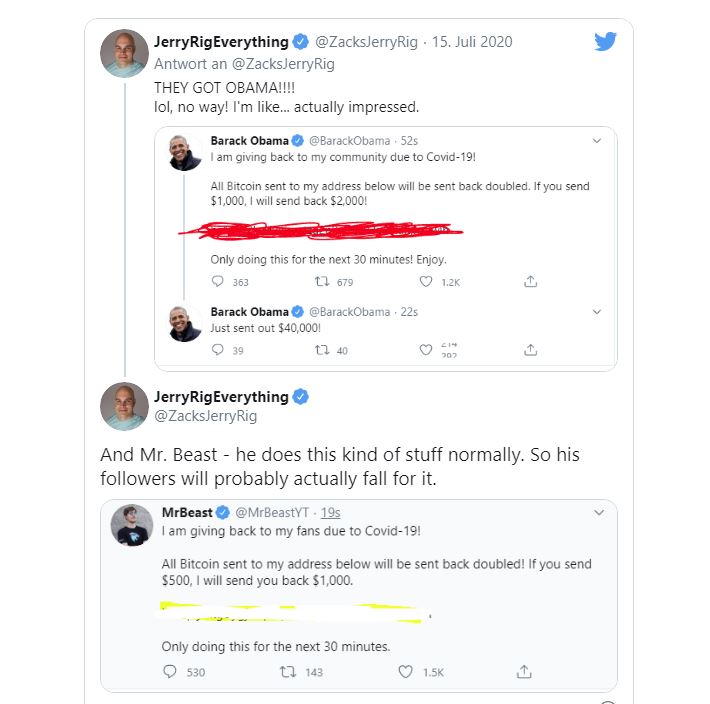