Leaker shared photos and information on the not yet announced Lenovo Yoga laptops based on Intel Tiger Lake-U. Yoga Slim 7 Pro is especially impressive: it uses a fast 14-inch display with a frequency of 90 Hz in a 16:10 format. 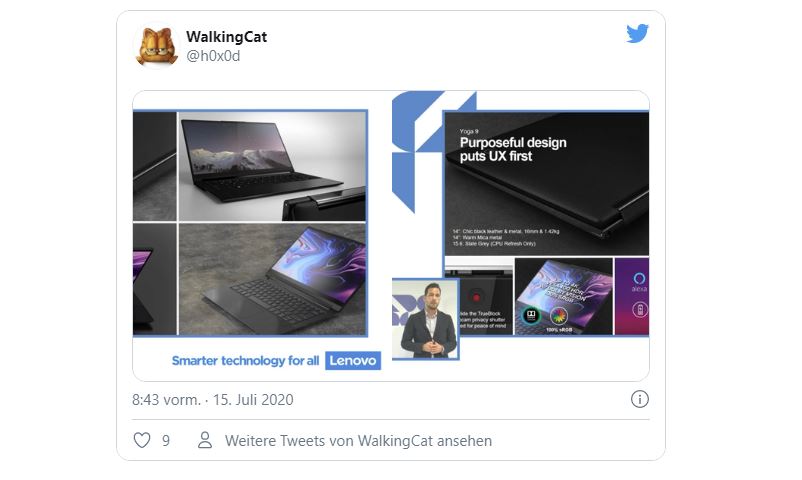 One of the most interesting devices is the Lenovo Yoga Slim 7 Pro. Which has a 14-inch 16:10 display in a thin case with a thickness of 14.9 millimeters and 1.45 kilograms, whose speed is 90 Hz. Which corresponds to the color and brightness of 400 nits. The notebook is equipped with an Intel Tiger Lake-U processor. Which can optionally be equipped with an Nvidia GeForce GTX 1650 or GeForce MX450. The marketing material in the tweet promises a battery life of up to 16 hours. The battery should be able to charge up to 80 percent in one hour. 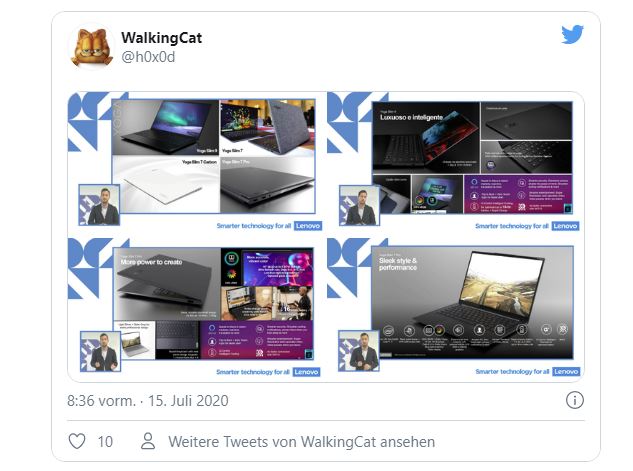 There is already some information about the new Yoga Slim 9, the top model, obviously, uses a bright 4K display with a resolution of 500 nits. It is certified in accordance with the VESA DisplayHDR 400. The weight of the laptop should be 1.2 kg and the thickness should be 14.6 mm. In addition, the battery life is up to 16 hours, and Wi-Fi 6. Currently. There are other laptops, including Yoga 9 and Yoga Slim 7 Carbon. So far, there is little information. But Intel Tiger Lake-U is expected in September. So we can assume that Lenovo will officially present its latest products when launching new processors. 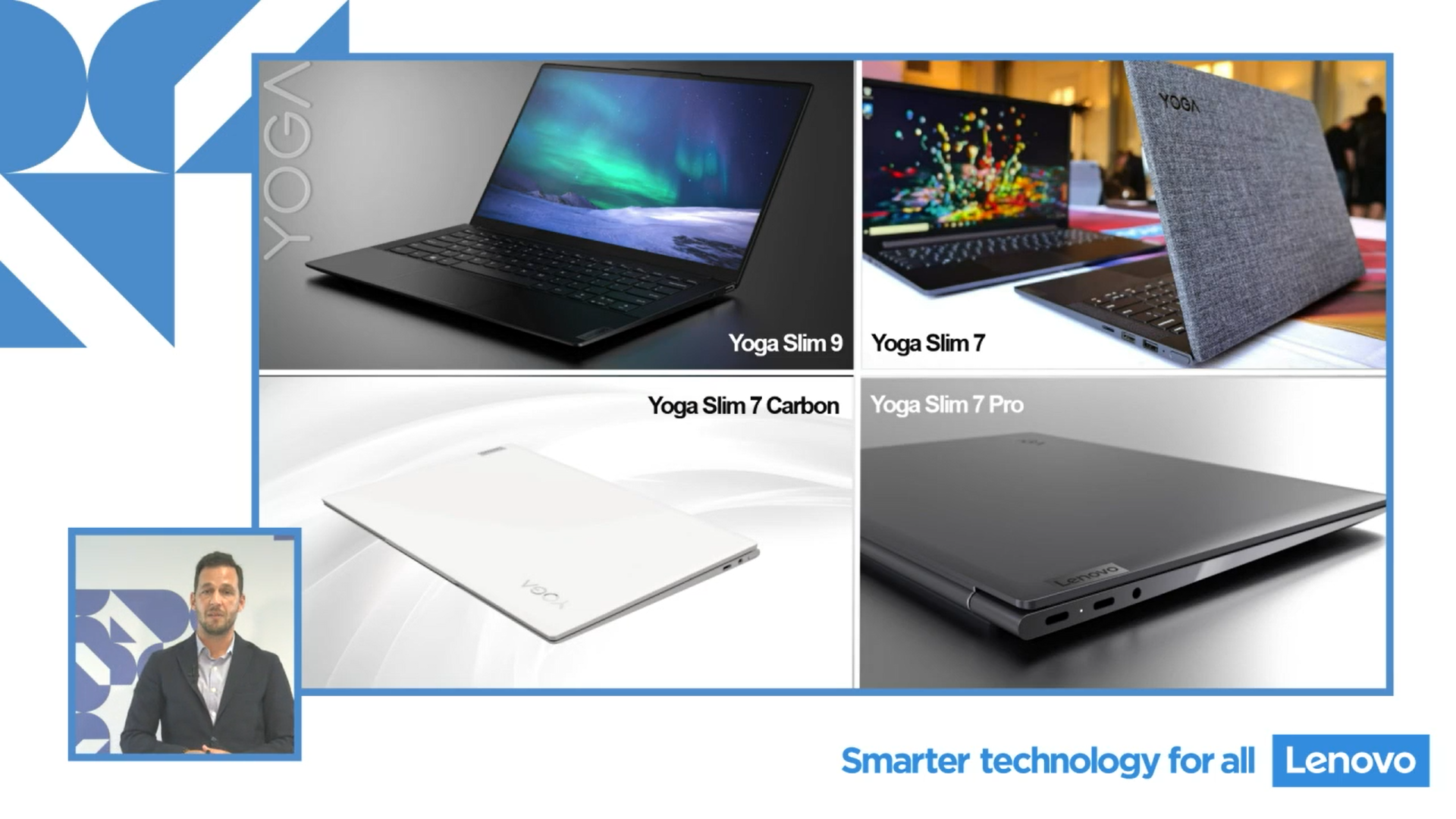 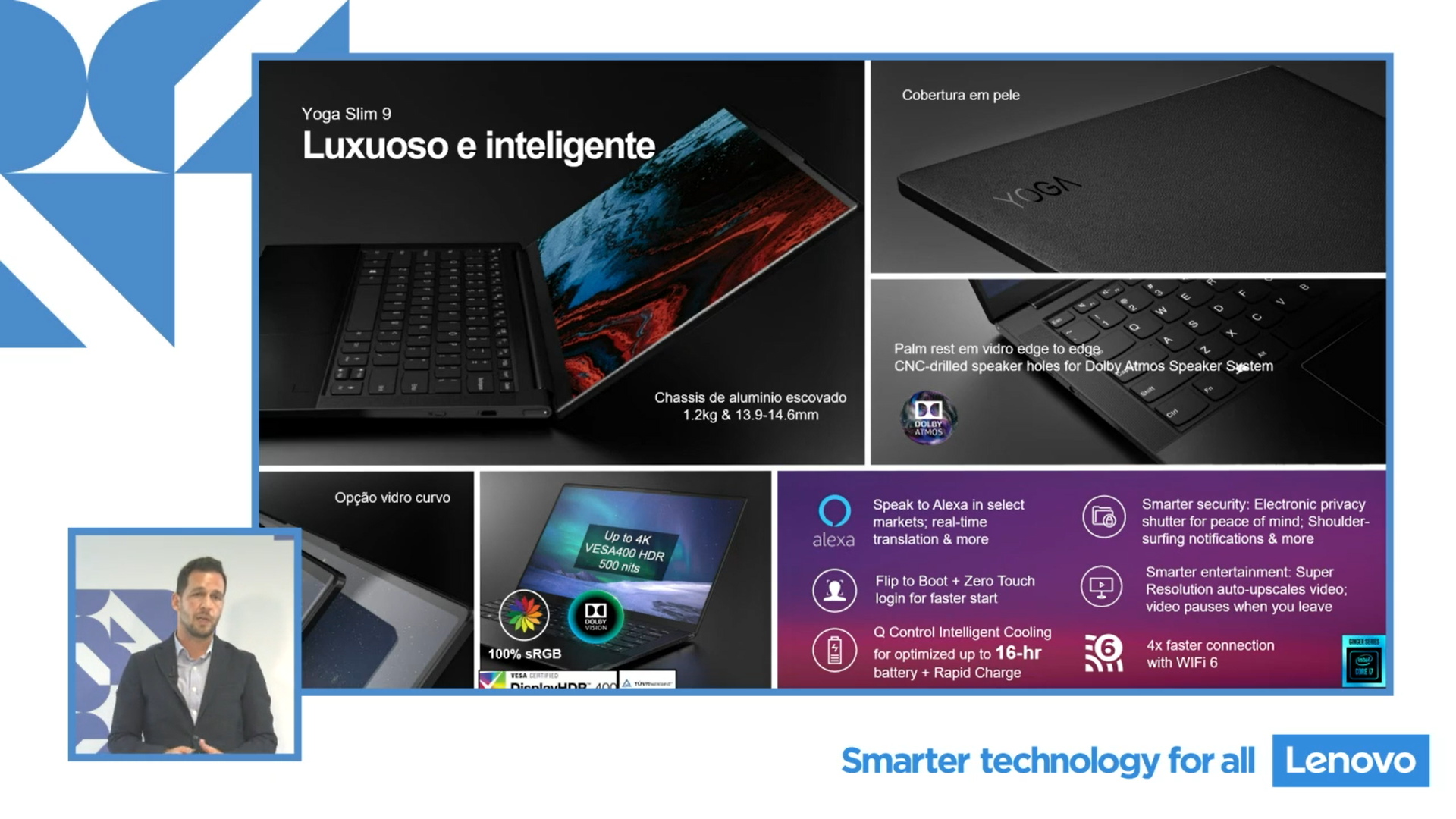 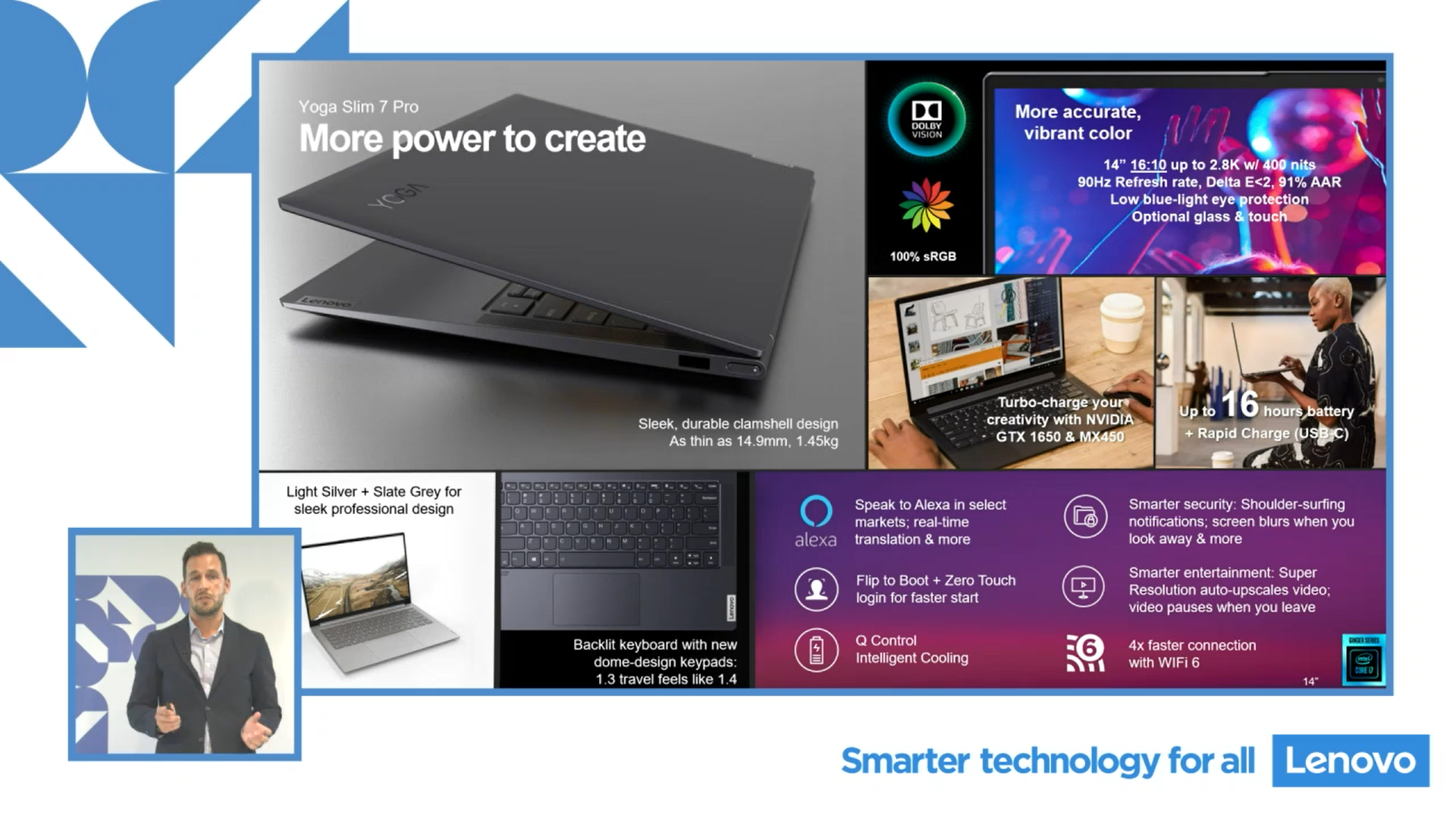 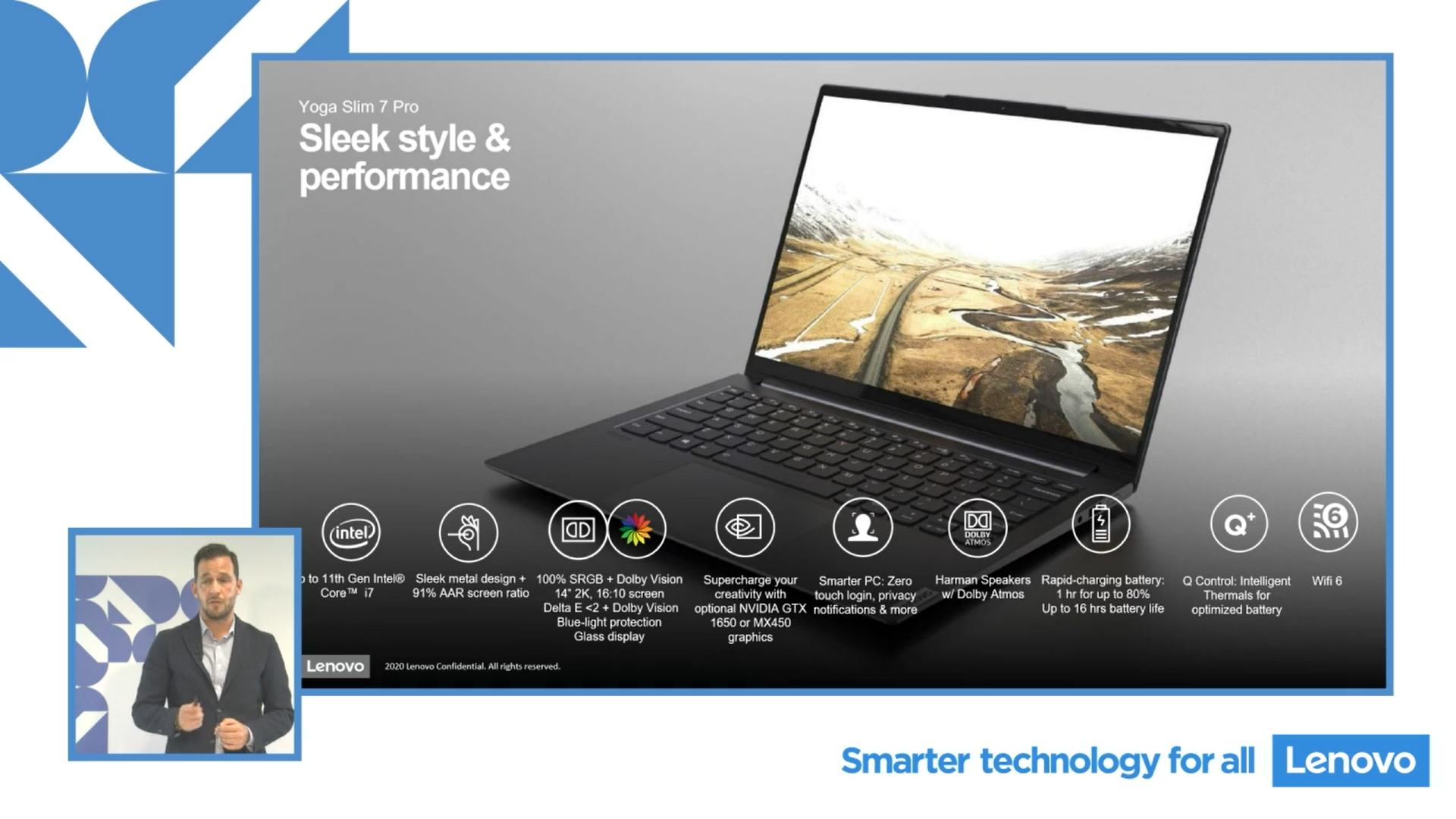 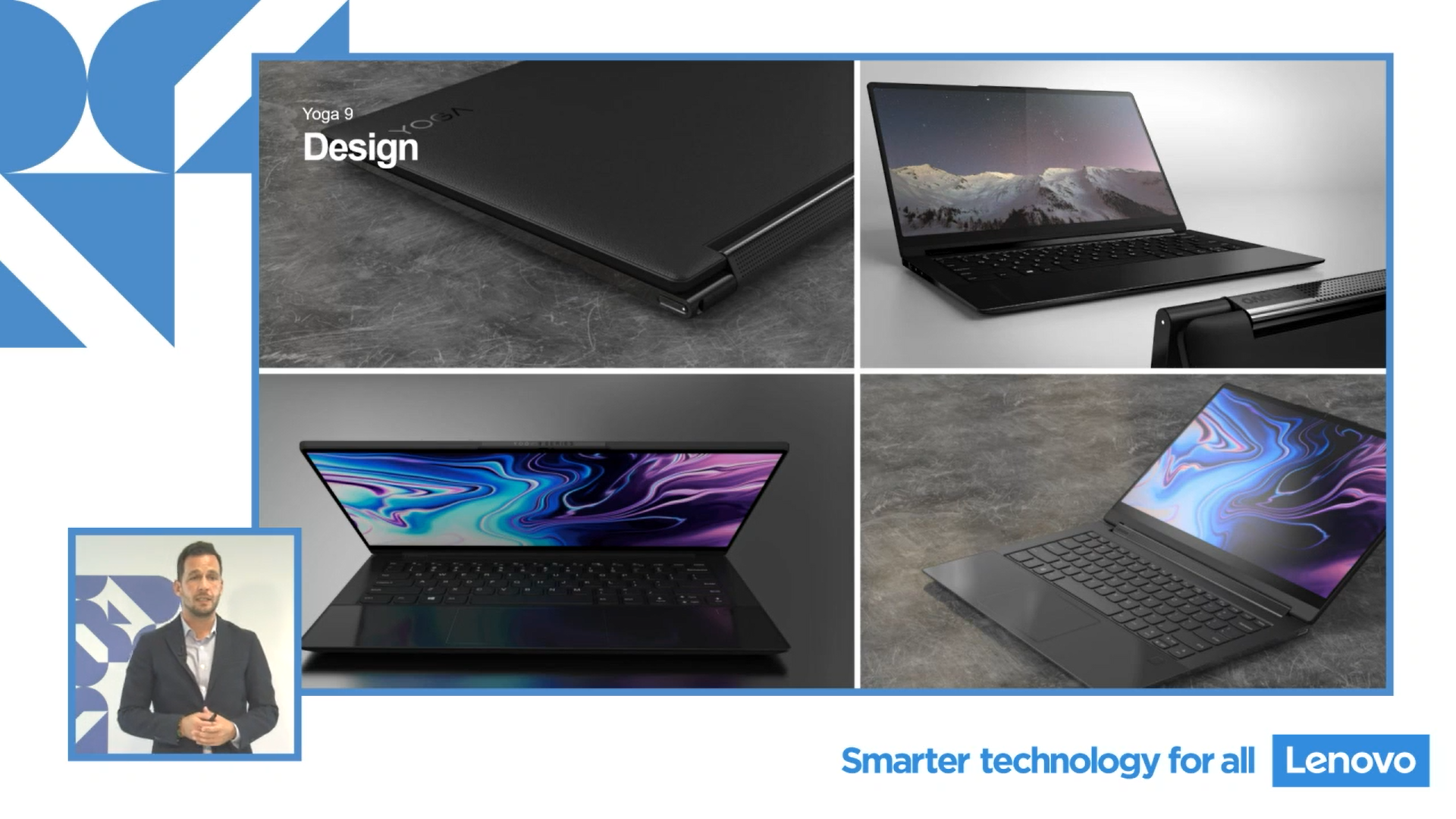 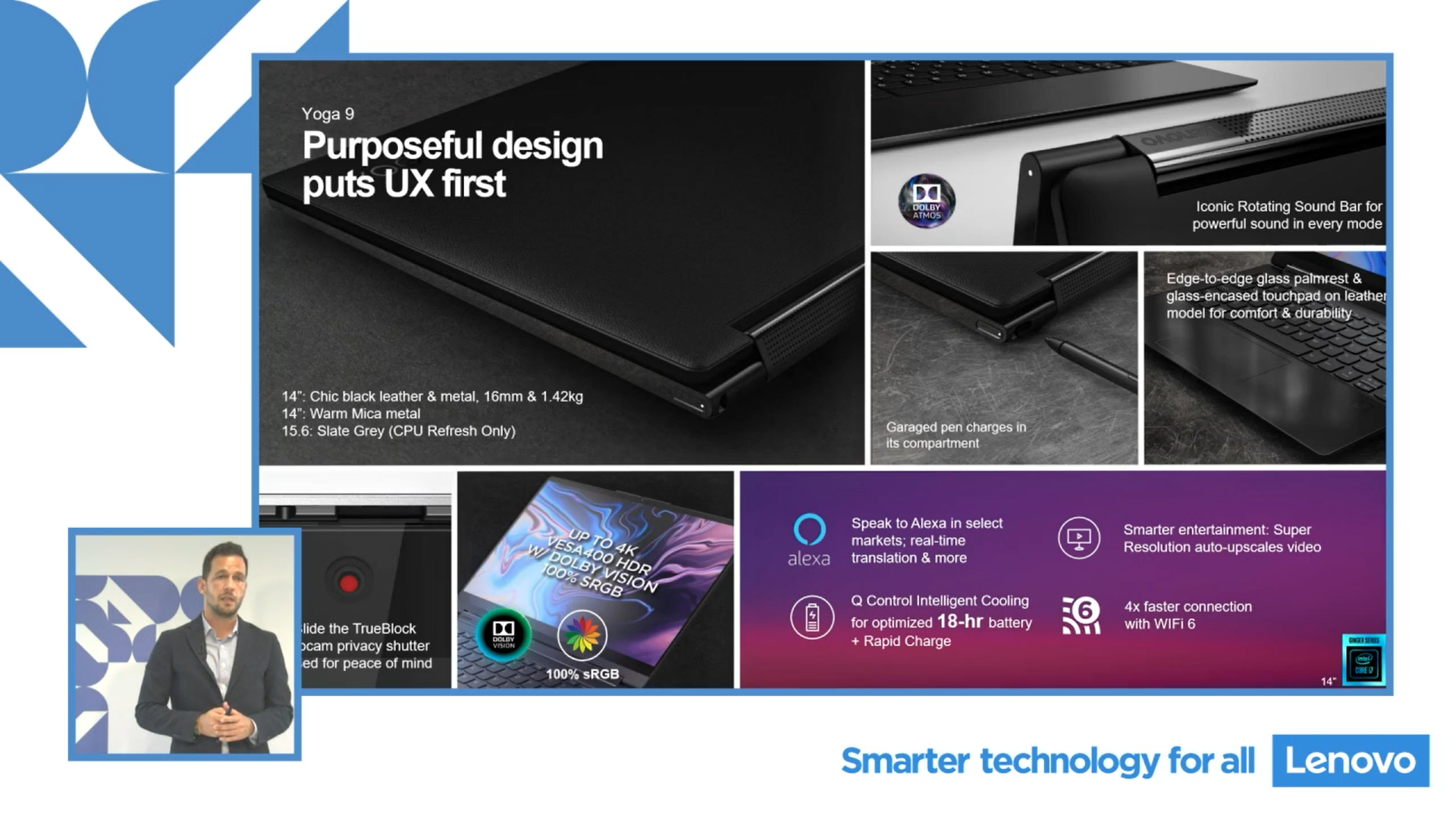 The puzzle is solved, a new leak reveals almost all the details of the new Lenovo ThinkPad X1 Nano. The upcoming ThinkPad flagship comes with Intel Tiger Lake and an extremely lightweight chassis. It also has a 13-inch 16:10 display. Thus, it looks like it was created to compete with the Dell XPS 13 9300.

It’s no secret that Lenovo wanted to expand its premium segment in the form of ThinkPad X1 laptops. Thanks to several leaks. We already knew the names of two new products: Lenovo ThinkPad X1 Titanium and ThinkPad X1 Nano. 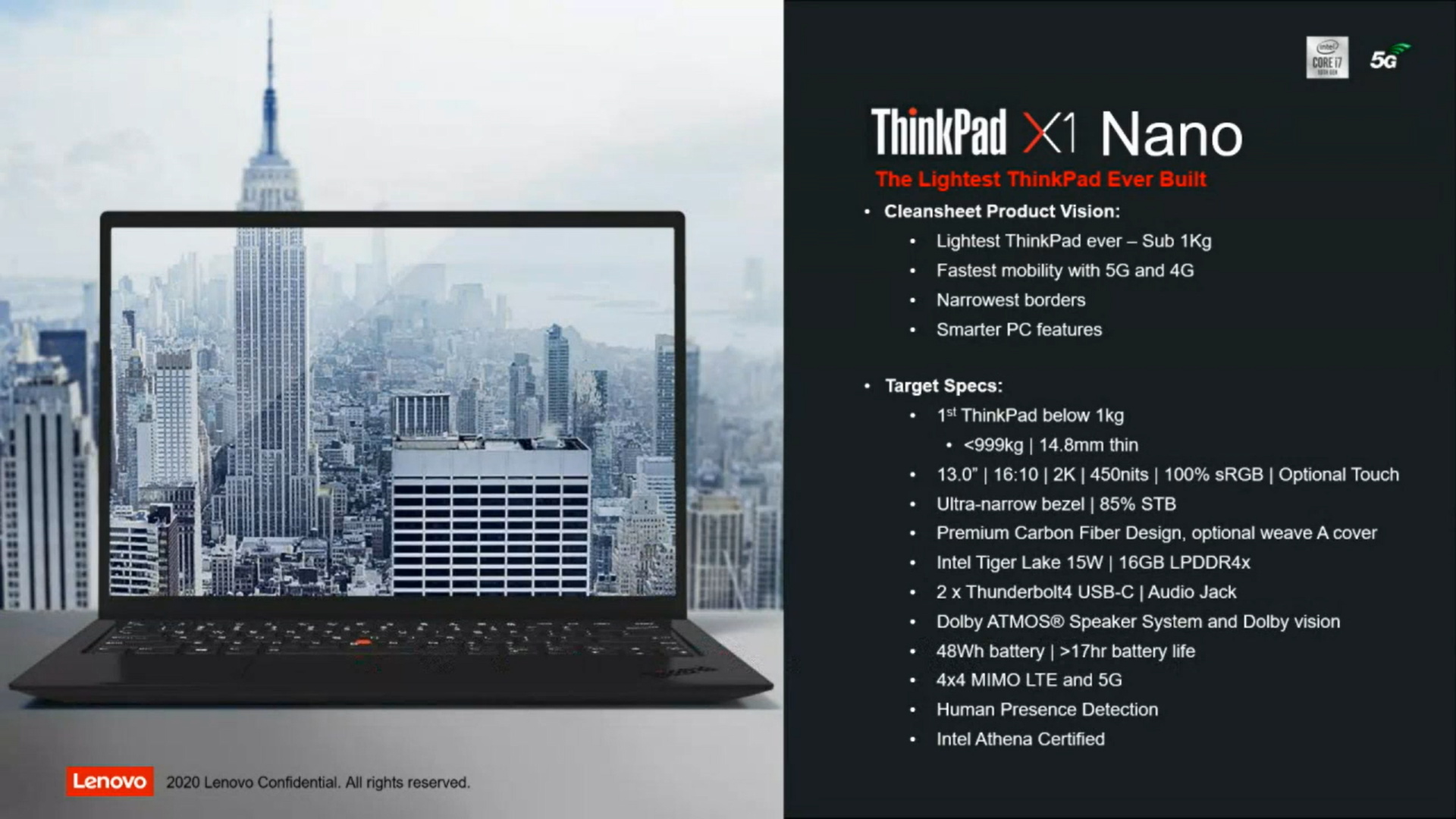 Due to a new leak from Twitter, we now know more about the Lenovo ThinkPad X1 Nano. The Twitter post includes an image of the new laptop and the most important key features.

Based on the figure, we can say that the ThinkPad X1 Nano looks like a further development of the ThinkPad X1 Carbon. In general, the design with a black carbon body is very similar. But the new model is even more compact and lighter. Weighing less than 1 kg, it is even the lightest ThinkPad laptop in the world. Lenovo uses a 48 W battery for this. In addition, you remove most of the connections available with X1 Carbon. The ThinkPad X1 Nano only has two Thunderbolt 3 ports, just like the current Dell XPS 13 9300.

This is not the only thing that is common with the Dell XPS: as the first ThinkPad laptop from 2010. The ThinkPad X1 Nano features a 16:10 screen. A longer display eliminates the frame under the panel. Resolution 2K, brightness 450 cd / m². The screen-to-body ratio is 85% higher than all other modern ThinkPads, with the Dell XPS 13 still performing better. The 13-inch X1 Nano LCD is slightly smaller than the XPS 13 (13.4-inch).