Just a few days after the test leak, the Ryzen 7 PRO 4750G AMD APU Ryzen 5 PRO 4650G and Ryzen 3 PRO 4350G Renoir also leaked along with their specifications and tests. Both APUs are part of the AMD Ryzen 4000 Renoir PRO family, which will be launched next week on July 21, as we reported earlier this month.

New details about AMD Ryzen 4000 Pro APUs have surfaced online. This time, in the Geekbench benchmark, the entry-level and mid-range models were lit up – Ryzen 3 Pro 4350G and Ryzen 5 Pro 4650G.

The Ryzen 3 PRO 4350G and Ryzen 5 PRO 4650G will feature updated Vega graphics architecture and Zen 2 cores on a single monolithic die. The main difference is in the core configuration, with the latter having fewer cores on both the processor and GPU. The specifications for both Renoir APUs are given below 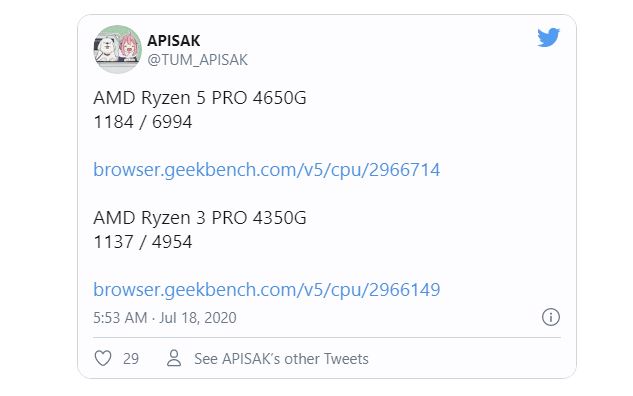 READ ALSO:   Intel announces Comet Lake-H mobile processors 8 cores, 16 threads and a frequency above 5.0 GHz for the Core i7 model. 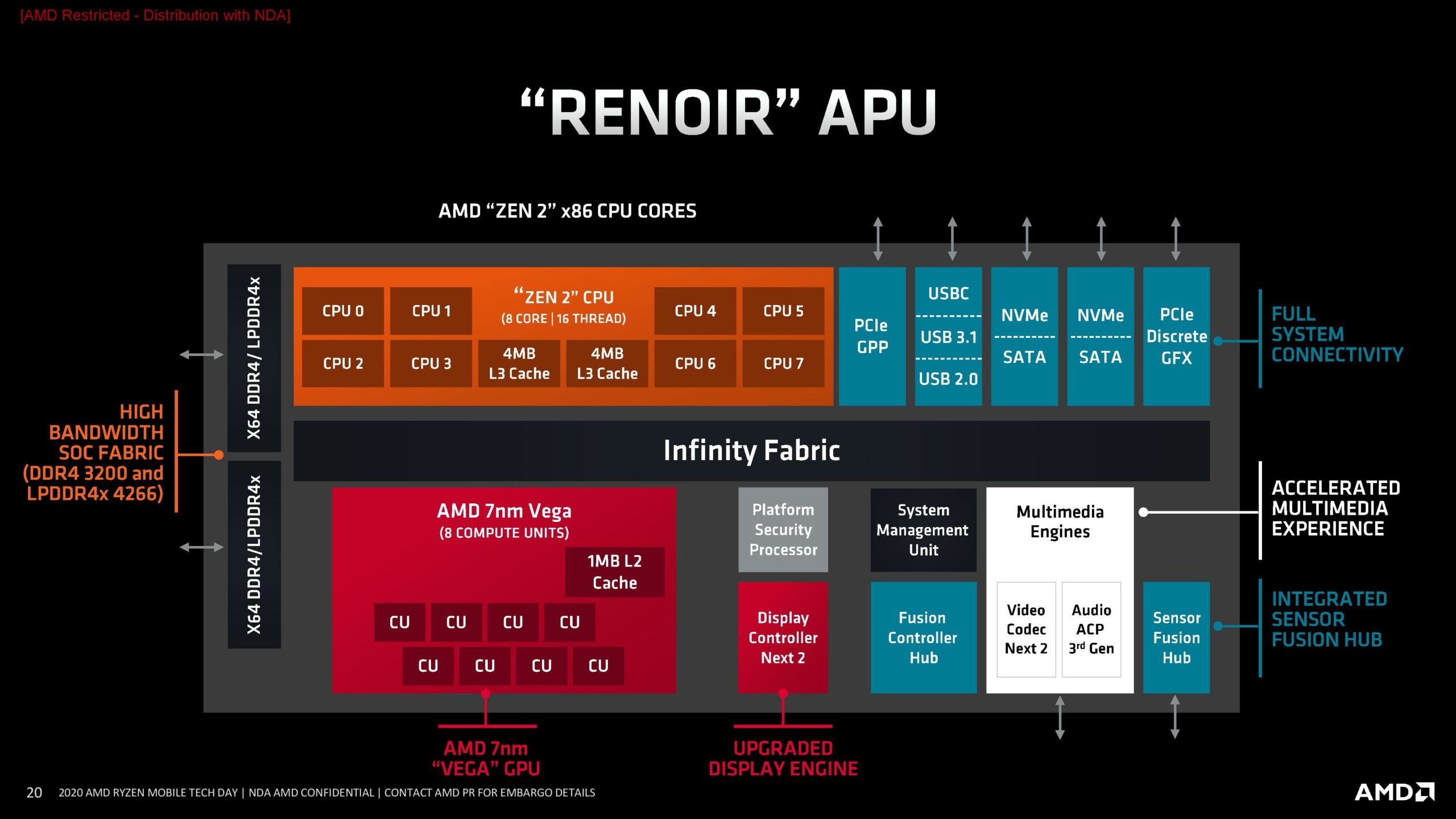 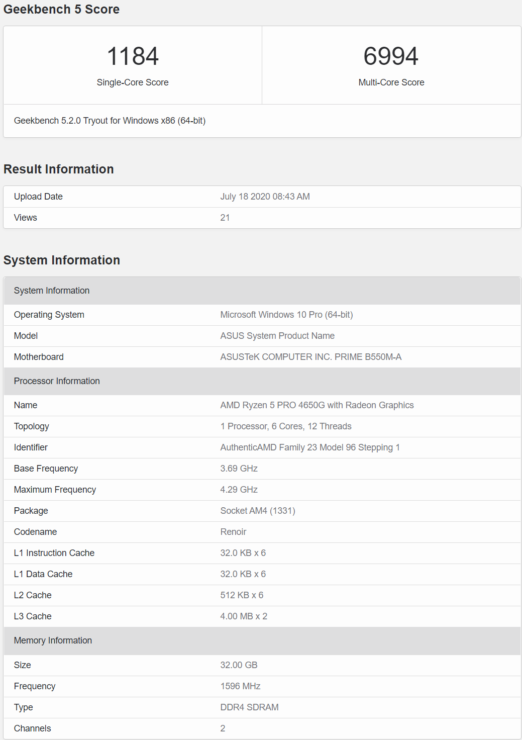 As for the Ryzen 3 Pro 4350G, it “earned” 1137 points in a single-threaded test and 4854 in a multi-threaded test, which is roughly the level of the Ryzen 3 3300X. So, as you can see, AMD processors with an integrated graphics core show very good performance. We will remind you, the premiere of Ryzen 4000 Pro is expected very soon – on July 21st. 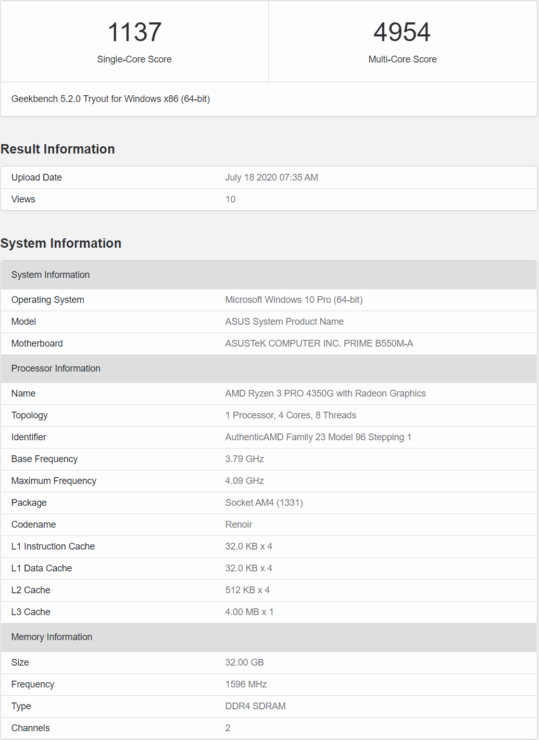 Despite this, the AMD Ryzen 4000 Renoir APUs come with an integrated graphics solution that is much better than what Intel offers on its current line of processors. In addition to this, we saw some impressive overclocking capabilities of the Renoir line of APUs that should lead them to better performance than their Matisse brothers. All AMD Ryzen 4000 PRO Renoir APUs are expected to be officially unveiled on July 21st, so stay tuned.