There have been a lot of leaks to the Galaxy Tab S7-Duo but none as extensive as this one. All details of both model variants are now known, and they reveal some other unexpected differences between the two model variants Galaxy Tab S7 and Galaxy Tab S7 +. Official render images of all color options complete the Samsung Mega Leak.

Supposedly on August 5, as part of the virtual Unpacked event, Samsung will unveil the Galaxy Tab S7 and a new tablet duo for Android, as well as the Galaxy Note20 and Galaxy Note20 Ultra, Galaxy Z Fold 2, Galaxy Buds Live and Galaxy Watch 3. Galaxy Tab S7 + is present. … For the first time, South Koreans are using two flagship tablets that compete directly with Apple’s iPad Pro Duo, and also have roughly the same 11-inch and 12.4-inch display sizes for Samsung.

Some specs and some images have already been leaked beforehand, and the comparison chart below shows every conceivable detail in advance. First of all, we want to deal with some rather unexpected differences between the two Samsung tablets and not yet known features. Not only are there two different display sizes, but the panel technology is also different. Both offer the expected 120Hz mode, which, like Apple’s ProMotion displays, should provide smoother operation. Interestingly, the 11-inch model has an LCD display and Samsung’s Super AMOLED panel in the larger tablet.

The LCD is, of course, a little brighter, but the AMOLED has a higher pixel density, so either way, you have a choice not only between the two sizes but also two completely different display technologies. Just like the expensive Galaxy Note20 Ultra, Samsung includes a new S Pen with the Galaxy Tab S7 tablets, which not only provides air gestures, that is, contactless gestures but should also offer paper-like writing feel with a lag of everything. 9 milliseconds. As is the case with the Galaxy Tab S6, the recess under the double cam on the rear wall is designed as a shelf, which is now more visible in terms of color.

Fingerprint sensor: on the side or on the display?

The difference in display panels also leads to another difference that has been the topic of previous leaks. Although the Galaxy Tab S7 has a side fingerprint sensor, it can be found on the Galaxy Tab S7 + AMOLED display directly below the display. Both Galaxy Tabs offer the same camera hardware and four AKG-tuned speakers, also in Europe, unlike the Galaxy Note 20 phones, the Snapdragon 865+ which has a 3.1 GHz clock speed and an optional 5G modem promises a lot of power on the go. With 6GB of RAM and expandable storage of 128 or 256GB (the latter is only in the 5G version) and a 7040mAh or 10,090mAh battery, long gaming, video or office sessions should be possible, a 45W power supply for faster charging is however optional.

Worth mentioning is the wireless DeX support and the already leaked optional keyboard cover with regular-sized keys and a large trackpad, which should turn an Android tablet into a productive 2-in-1. It is, of course, questionable how well Samsung Android 10 is trimmed in performance, as it is well known that it is not nearly as strong as the iPad Pro with Apple’s iPad and its dedicated productivity features. Leader Roland Quandt mentions something about the optimized Samsung Note app and connectivity to Microsoft Office and OneNote. The 11.34mm 11-inch Galaxy Tab S7 and the 5.7mm thinner 12.4-inch Galaxy Tab S7 + will be available in Mystic Black, Mystic Bronze, and Mystic Silver, pricing is not yet known. 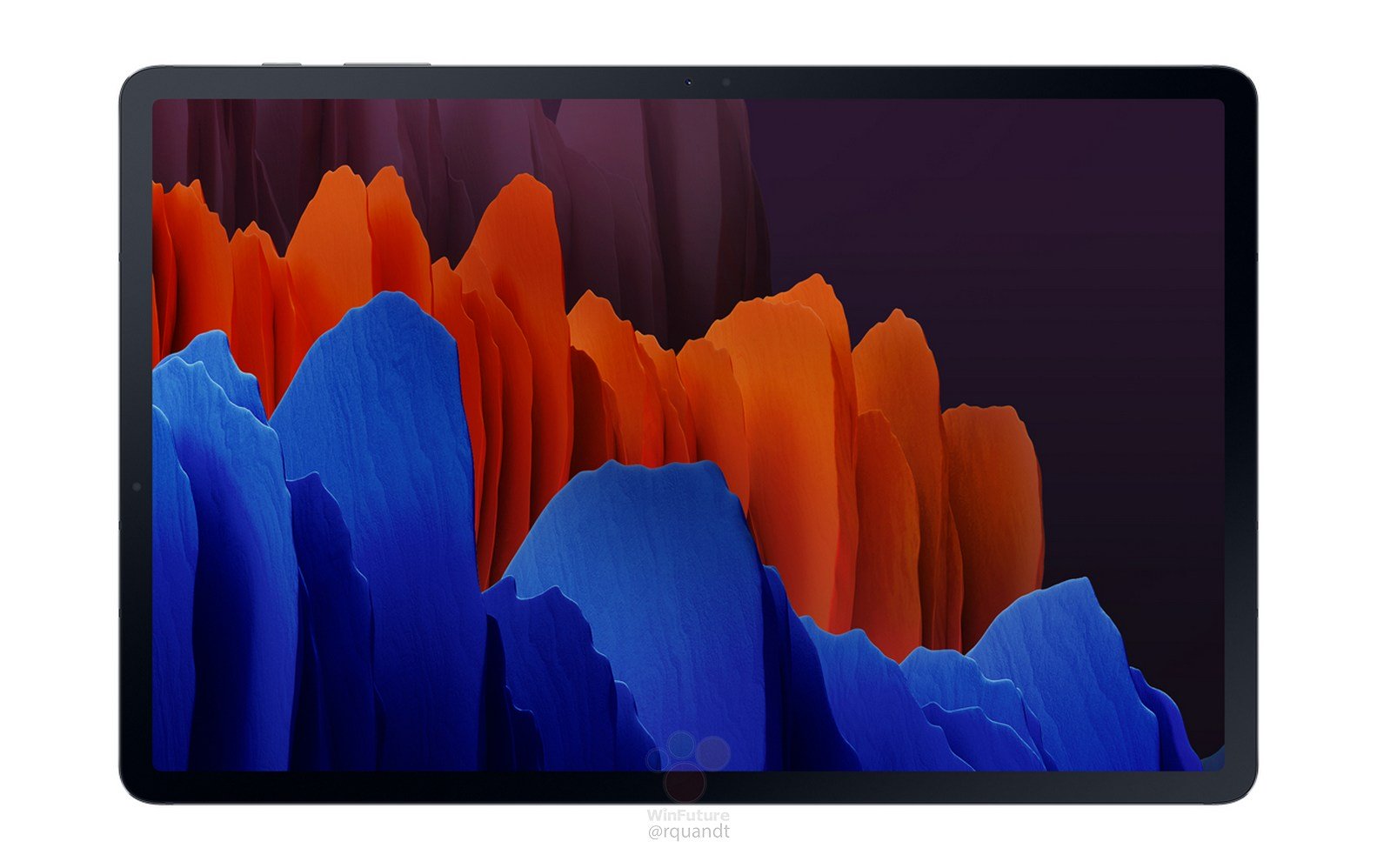 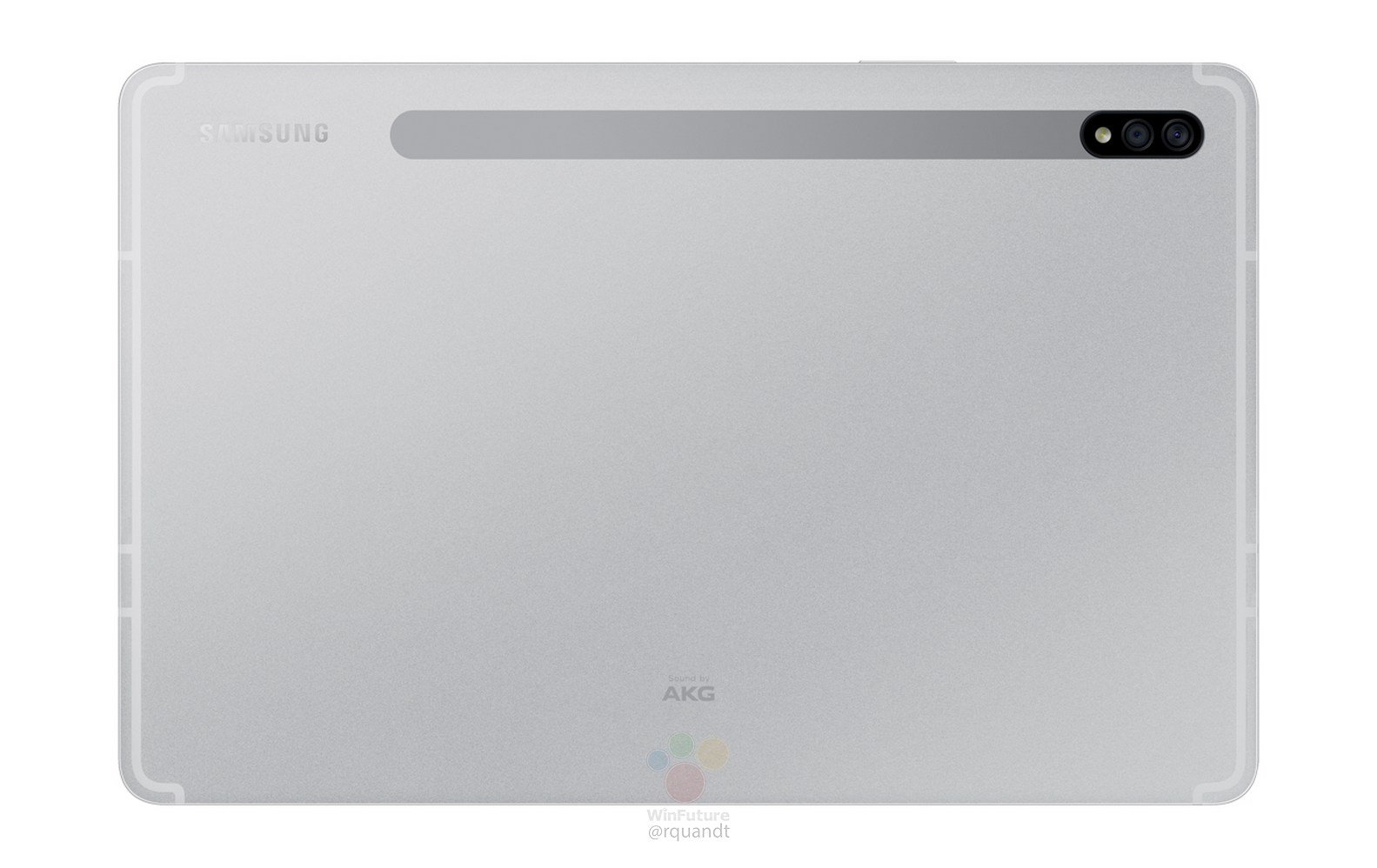 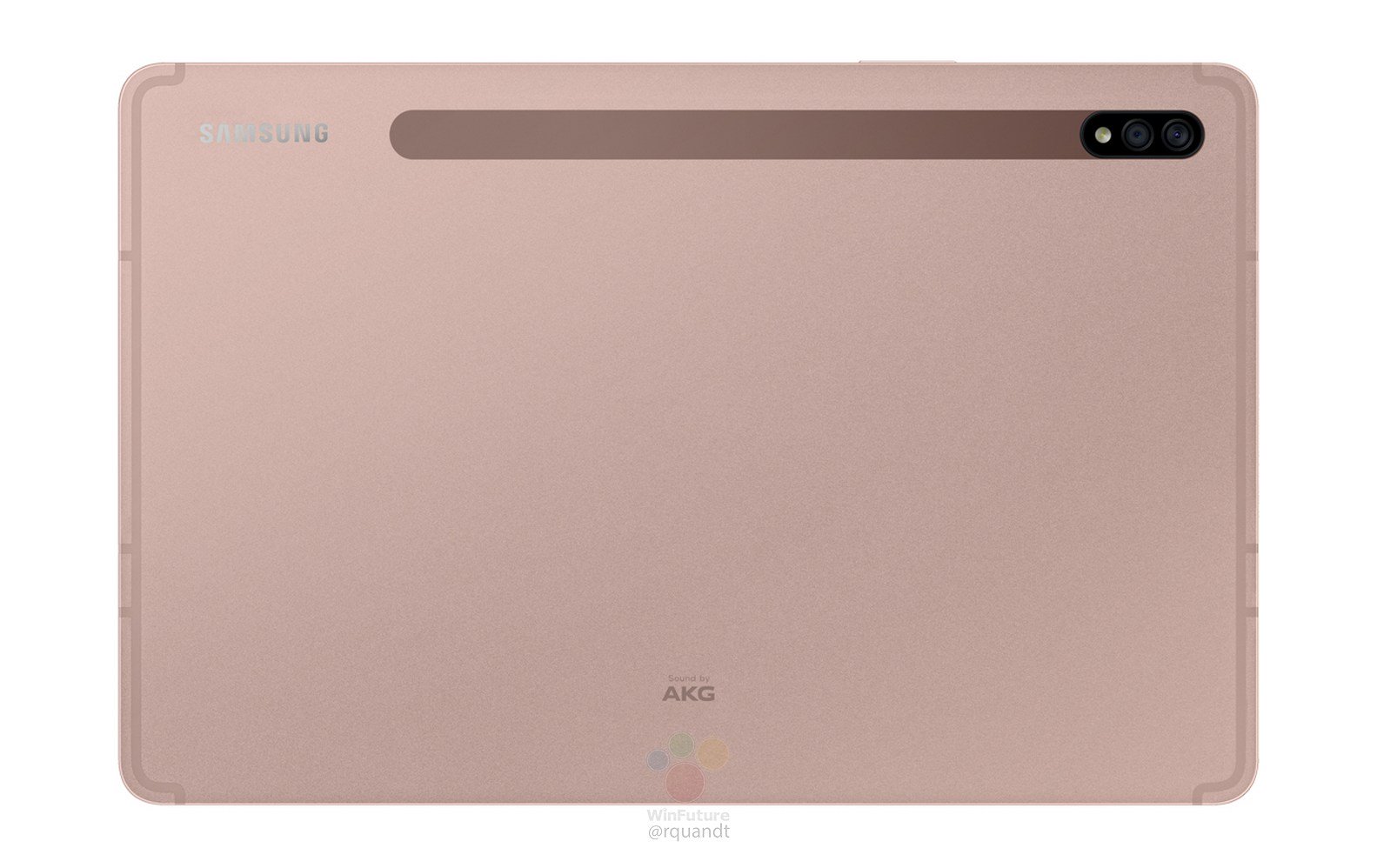 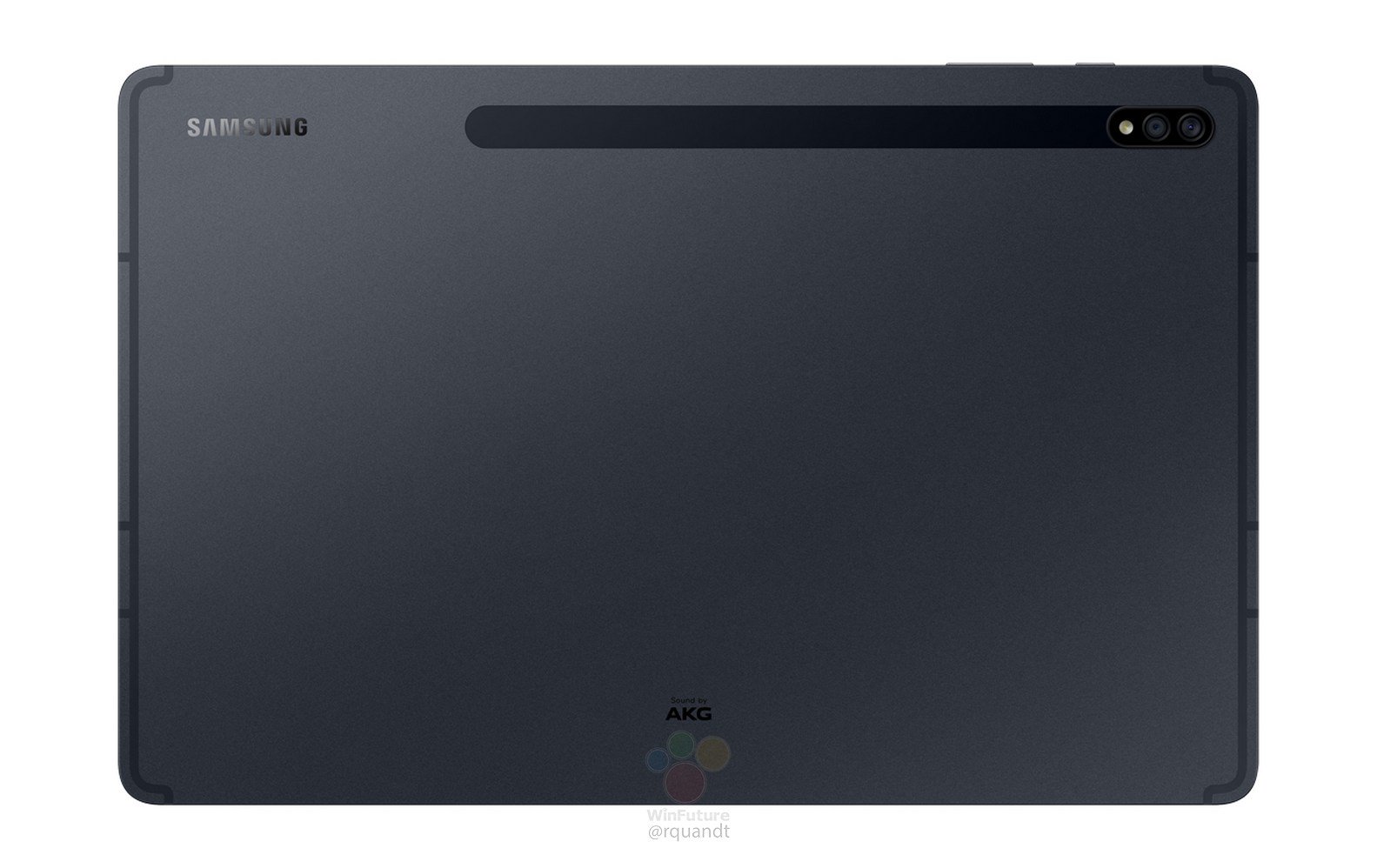