No Galaxy S20 Lite in 2020, instead Samsung will probably introduce the Galaxy S20 FE in October, with the letters standing for Fan Edition. A deflated CAD model was the inspiration for the 360-degree rendering video and high-resolution images. And a lot is now also known about the specs.

The source comes from OnLeaks. Like the standard version of the Galaxy S20, the Galaxy S20 FE 5G will use a flat-screen, an AMOLED panel. FE edition also uses a centered perforated design, and the frame is not narrow. According to reports, the phone will use a metal middle frame.

On the back, Samsung will seek to use plastic with a matte/frosted surface. It is currently uncertain whether this mint green/light cyan is one of the optional colors. But it does look good.

The phone has three rear cameras, which are placed in a rectangular module together with the LED flash. The Leaker Ice Universe revealed last month that the main camera is a 12-megapixel Sony IMX555 sensor, not an ISOCELL GN1. Other sensors may include a 12-megapixel ultra-wide-angle camera and an 8-megapixel telephoto camera with 3x optical zoom. 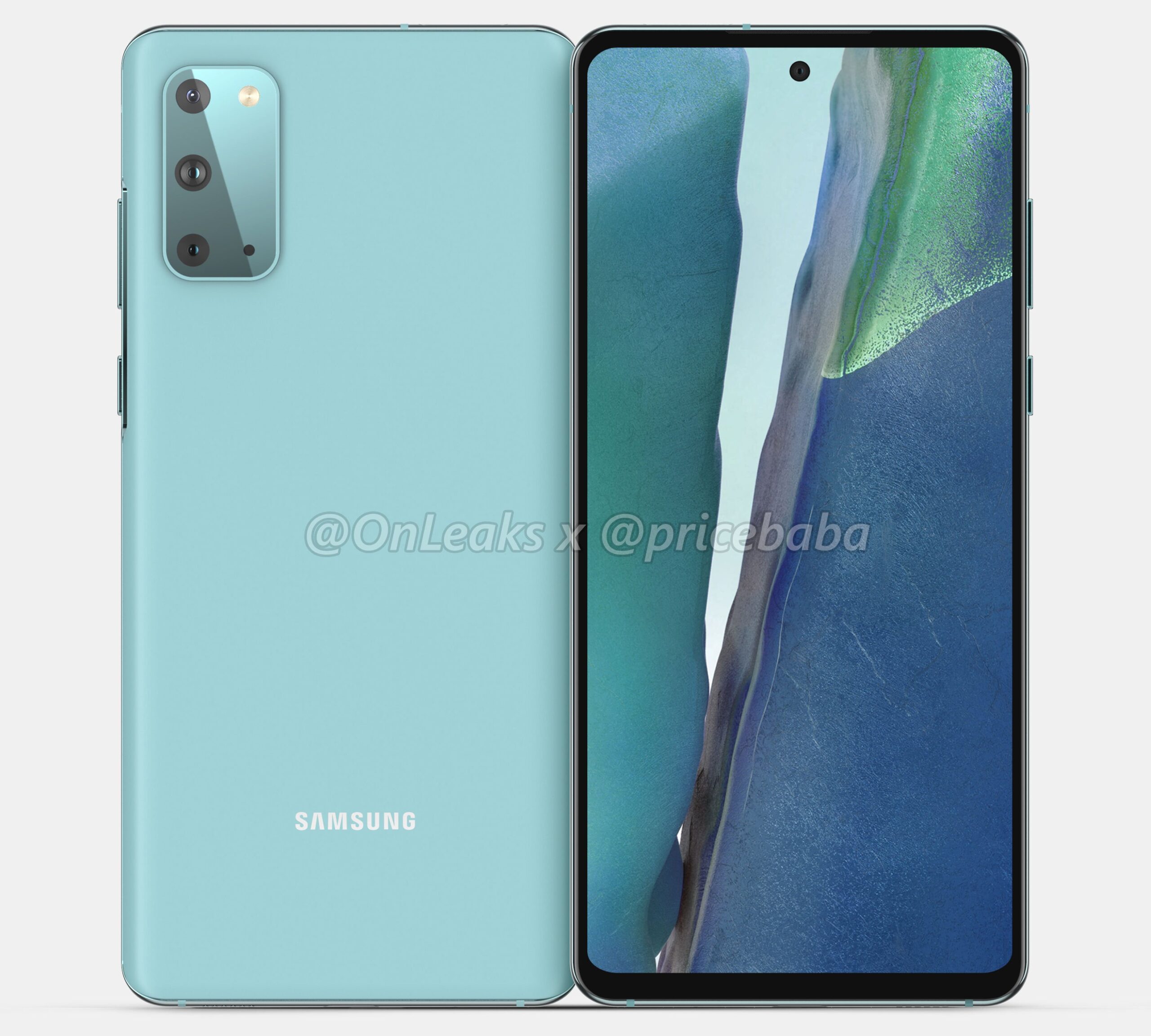 The rear camera of the product is composed of 12 megapixels wide-angle, 12-megapixel ultra-wide-angle. And 8-megapixel telephoto (3x optical zoom). 3D Time of Flight (ToF) is not installed. The front camera applied 32 million pixels. It seems to be aimed at selfies.

Galaxy S20 standard and plus model camera specifications were 12 megapixels wide-angle, 12-megapixel ultra-wide-angle. And 64 megapixel telephoto at the rear. The front is 10 million pixels. ToF only applied the S20 Plus model. 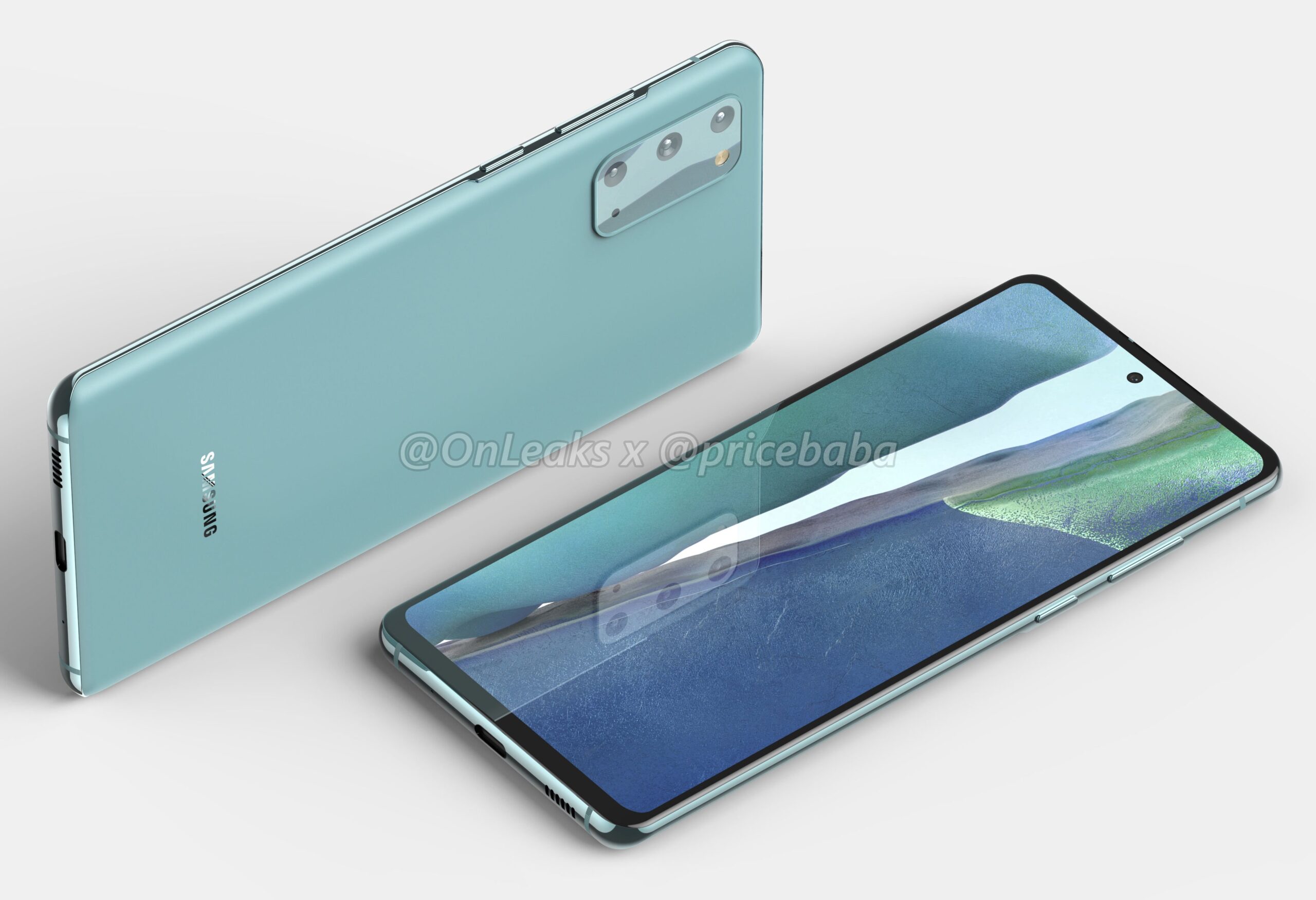 Just like the Galaxy S20, the Galaxy S20 FE 5G does not have an audio jack. The bottom is USB-C, the speaker is on the side. And the top of the phone is where the SIM card slot is located. On the right side of the phone are the power button and volume keys.

The Galaxy S20 FE, which measures around 161 x 73 x 8 mm, will again have a waterproof chassis without a headphone jack and a 120 Hz display that will probably measure 6.4 to 6.5 inches diagonally. A leak some time ago indicated a 4,5000 mAh battery, the price should be around 900,000 won according to the South Korean industry journal TheElec, which is the equivalent of 640 euros, at least in Korea. The regular Galaxy S20 is currently in this price range, some Amazon retailers are currently asking for around 660 euros.

Samsung plans to release the Galaxy S20 FE in October

The general model of the Galaxy Note 20 series, which Samsung Electronics will unveil next month. It has also treated the edges as flat (flat) rather than the edge (3D). The so-called’super-premium’ smartphones reflected the market atmosphere of decreasing position.

Fortnite kicked out of the App Store and Play Store, Epic sues Google and Apple