ASUS today released a new 10G router Rapture GT-AXE11000 that supports a tri-band solution at 11000 Mbps. It is worth mentioning that Wi-Fi 6E is also supported.

It is reported that this router is equipped with a 2.5G WAN / LAN port. In terms of appearance, 8 antennas are exposed. There is a colored LOGO symbol on the top cover and several status indicators on the front. 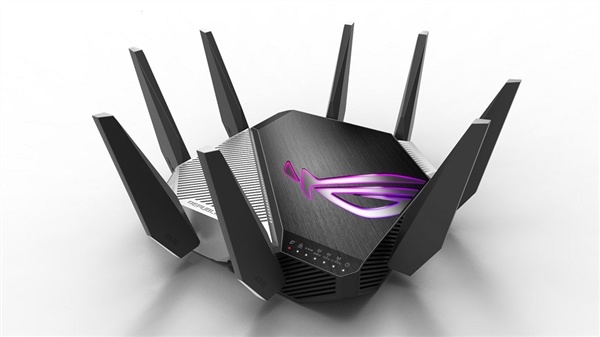 In terms of basic specs, it has a built-in 64-bit 4-core processor and 1GB of memory. The officer also went to great lengths to design heat dissipation ducts and custom internal components. For example, reduce the distance between the antenna and the motherboard connector to reduce power loss and increase signal coverage. Another example is adding solder points and the metal shield is covered with aluminum alloy heat sinks.

Compared to Wi-Fi 6, it offers a new 6 GHz frequency band with 14 additional 80 MHz channels and 7 additional 160 MHz channels, as well as faster network speeds and slower speeds than Wi-Fi 6. 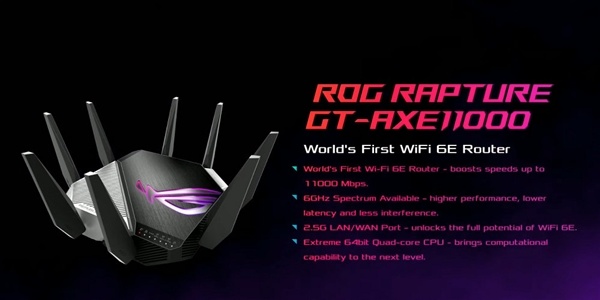 In a product announcement, the company said, “ASUS is a recognized leader in the networking market and the first to introduce a Wi-Fi 6 router. Now the Rapture GT-AXE11000 becomes the world’s first Wi-Fi 6E router ., Which offers a wider bandwidth connection and a new 160 MHz channel. ”

The prices are currently not known and should be listed before the end of the year.

Xbox Series X: Will we finally find out the price and start of sales in 3 weeks?

READ ALSO:   Champagne does not get off. US threatens to impose 100% tariff on French goods
Tags: technology