A network operator is apparently already preparing an email newsletter that advises customers to pre-order an iPhone 12 in a good time. Thanks to a generally extremely reliable speaker, the email can already be seen, so it could take a while before the long-awaited smartphone goes on sale.

Apple already confirmed in July that the launch of the iPhone 12 product family would be delayed due to the COVID-19 pandemic. But since then there have been various rumors and leaks about which models should come onto the market first and whether the presentation of the iPhones of the next generation because it will now take place in September or October. 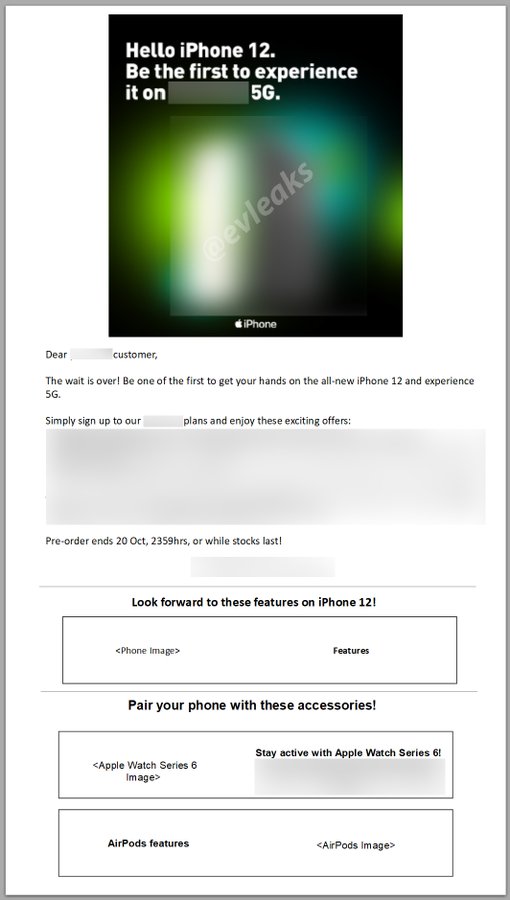 The well-known leaker Evan Blass has apparently shared an email newsletter from a network operator in the tweet embedded below, which finally gives a new reference to the launch date. Because the email indicates that pre-orders are only possible until October 20th, so the delivery should follow shortly thereafter.

The email is quite obviously still work in progress, but Evan Blass’s reputation gives this leak a little credibility. Unfortunately, the email does not clarify when the iPhone 12 will be officially unveiled, but the period will be severely limited. Because Apple has announced a press conference for September 15, at which the Apple Watch Series 6 and a new iPad will be presented, but not the iPhone 12.

Assuming that Apple will hardly broadcast two press conferences within a few days and that pre-orders will be possible for at least a week, an unveiling of the iPhone 12 between September 28th and October 9th seems quite likely.

Washing Machine or speaker? Twitter is amused by the design of the Xbox Series S.