The Chromium-based new browser Microsoft Edge will be released in mid-January, and that’s one of the reasons many are waiting. Because it gives you the option to install tried and tested engines on Edge as well as numerous extensions.

The original Microsoft Edge was undoubtedly a great but careless browser. Microsoft announced a long time ago that Chromium open-source engines will be used in the future. This version is already being tested constantly, it’s time for all users again on January 15, 2020: Microsoft will be distributing the new edition to all users of Windows 10 via Windows Update. 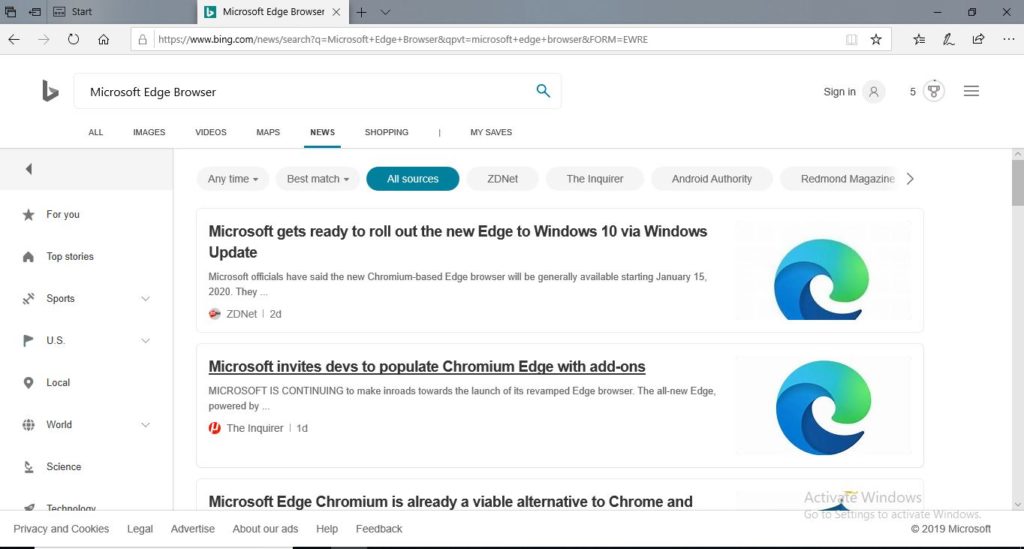 But there will definitely be one or the other that still wants to use the old version, in parallel to the new version. Old Edge will also be available on the computer in the future, but only invisible. This means that you are usually sent to the Chromium version.

However, it will be possible to continue using the old and new Edge as it is user-friendly (via Doctor Windows). It’s also not a hack or other manipulation, but rather a feature that Microsoft itself officially documents – you don’t hang it on the big bell, of course, because you want users to refer to the new edition.

This group works through policy changes. To do so, go ahead: Go to “Administrative Templates” in computer settings, after the update should register “Microsoft Edge Update” and “Applications”.

In the applications, you will be allowed to enter Microsoft Edge related to the side browser experience. (The official German translation is not yet available), it is edited and dynamic.

In the domestic version of Windows 10, the route goes to the registry because you cannot edit group policies there. To do this, go to Computer, Computer \ HKEY_LOCAL_MACHINE OF SOFTWARE \ Policies \ Microsoft and create a new EdgeUpdate there. Below is a 32-bit DWORD entry named “Allowsxs” and a value of “1”. You need