Realme decided not to wait until next year

The design is Realme X50 “Breath of Fresh Air”
The Realme company earlier promised to announce the next flagship smartphone, the Realm X50, in the middle of next year. Then, according to rumours, the announcement was postponed until January 5.

However, it seems that the young and highly successful brand has decided not to wait until next year. Over the weekend, several insiders reported that we will be seeing a smartphone this week, and now the manufacturer has posted a teaser, confirming that we will have an announcement tomorrow.

Perhaps this is not about a full-fledged offer to invite media representatives, but about a formal announcement. In the meantime, they can show us the first few pictures and begin to provide a grain of information about their capabilities, and in early January, there will be a full presentation.

Realme X50, equipped with a single-chip Qualcomm Snapdragon 765 G system, should become the cheapest smartphone that will support fifth-generation networks. Given that the Readme’s 30 5G would cost 285. The realme would have to work harder.

Plus, the smartphone will get a brand new design, which, as claimed, will certainly appeal to everyone.

Design Realme X50 is a “breath of fresh air”

The smartphone will get a brand-new design, which, allegedly, will be liked by all.

This time, the manufacturer claims that the Realme X50 will be a true “breath of fresh air” against the backdrop of a large number of similarly-looking smartphones. The smartphone will get a brand new design, which, allegedly, will look great. 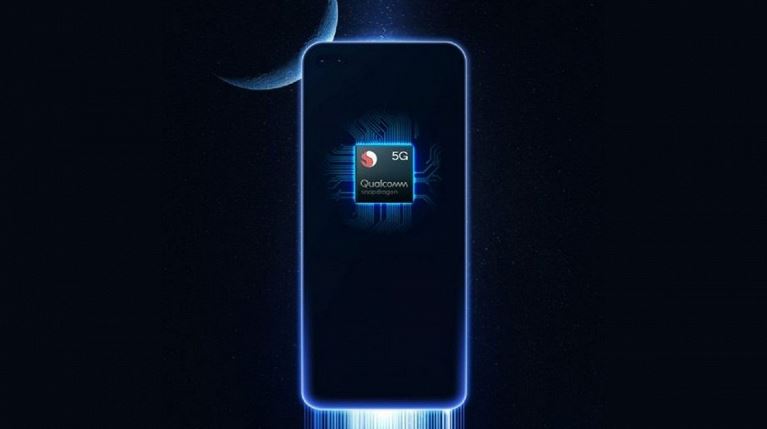 The smartphone will be made based on the single-chip Qualcomm Snapdragon 765G system, a modem capable of working on fifth-generation networks. The Realme X50 5G also acquired a five-dimensional liquid cooling system, which provides 100% coverage of major heat sources. Realme X50 5G is equipped with 6.44-inch AMOLED screen.

Its configuration will include a quad camera with a Sony IMX 686 main sensor with a 4500mAh battery and a resolution of 60 megapixels. The front camera will be embedded in the dual and screen corners.

The Realme X50 5G is expected to arrive on January 5.