According to one version, the View is the new NEX family’s smartphone

Indian insider Sudhanshu Ambhore has posted new Vivo smartphone sketches on his Twitter page, which is due for sale this year.

As we have already noted, in modern reality, manufacturers often try to make the design of their smartphones especially unique due to the non-standard setting of their camera models.

There is no exception to this matter. The new Vivo smartphone features a five-module camera, but the image sensor is completely non-standard. The three sensors are located in a rounded unit, and the upper module, judging by the rectangular cutout, is a periscope camera. Under the central unit, two sensors are located vertically on top of each other. The vertical element on the right side of the camera can be a flash. 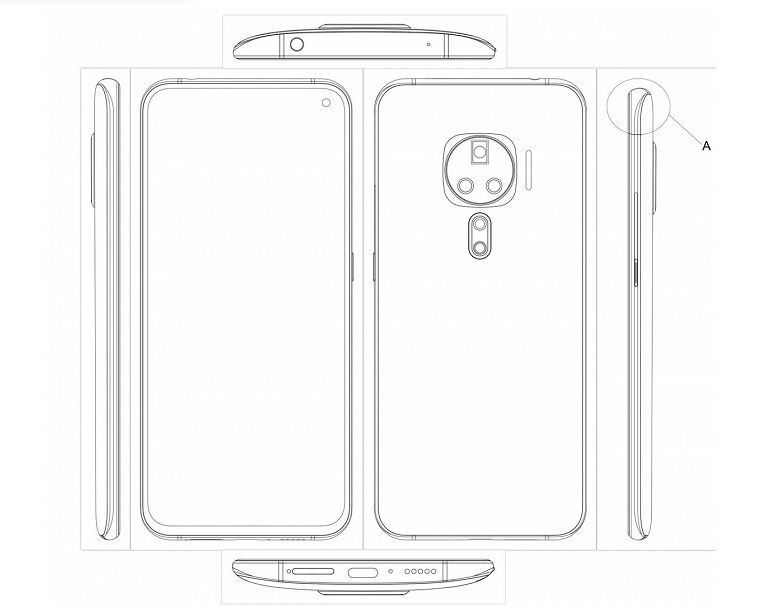 The upper panel of the smartphone has a 3.5mm jack for connecting headphones, a USB-C connector is visible at the bottom. At the same time, the device’s screen is flat, and the back panel is curved on the sides.

According to one version, the View is the new NEX family’s smartphone.

New Redmi will receive the camera in a completely new design

The Slashleaks website posted the first leak of information on the next Ready smartphone, which should be announced in the first quarter of the current calendar year.

Sources claim that this photo is taking the main camera unit of the next Redmi smartphone. The only question is, which one? At the beginning of last year, the most popular Redmi Note 7 came out, followed by Redmi 20. In the fall, after the Redmi Note 8 and Note 8 T, and recently 30 lines of Redmi were sold, the old version with 5G support is only starting to sell today.

It is speculated that the picture shows the Redmi 40 or Redmi Note 9 camera. However, the brand also has the usual Redmi line (without a note), in addition, the company can develop another series.

We look forward to new details about the mysterious new product.