Master Lu released the 2019 graphics performance rating today. The list shows that the NVIDIA TITAN RTX won the championship successfully, and all N cards are in the first five, and the A cards are not in the top five.

Master Lu said that as an updated version of the RTX 2080 TI, NVIDIA TITAN RTX has a single TU102 core, which can calculate 11 billion lights per second, and the total number of transistors reaches 18.6 billion. In addition, 24GDDR6 memory can meet the game of ray tracing under 8K resolution and is also the best GPU to handle heavy data sets and AI computing tasks. It deserves the strongest graphics card.

In addition to the 20 Series, 10 Series graphics cards and AMDR X series that often appear on this list, many new graphics cards have joined the fight this year.

As the two new card camps, along with the NVIDIA Super and AMD RX 5000 series, the competition between the two is particularly strong, and the performance is in high order.

The strongest performance in the RX 5000 series is the RX 5700XT, which is based on the new RDNA architecture and has 2,560 stream processors with an average score of more than 320,000 points.

In addition, out of the popular graphics cards in 2019, AMD has the RX580 series to come in second only with high-cost performance, and all the rest are N cards. These cards can be called a major victory. In terms of graphics card share, NVIDIA accounted for 66.78% and AMD accounted for 27.93%. 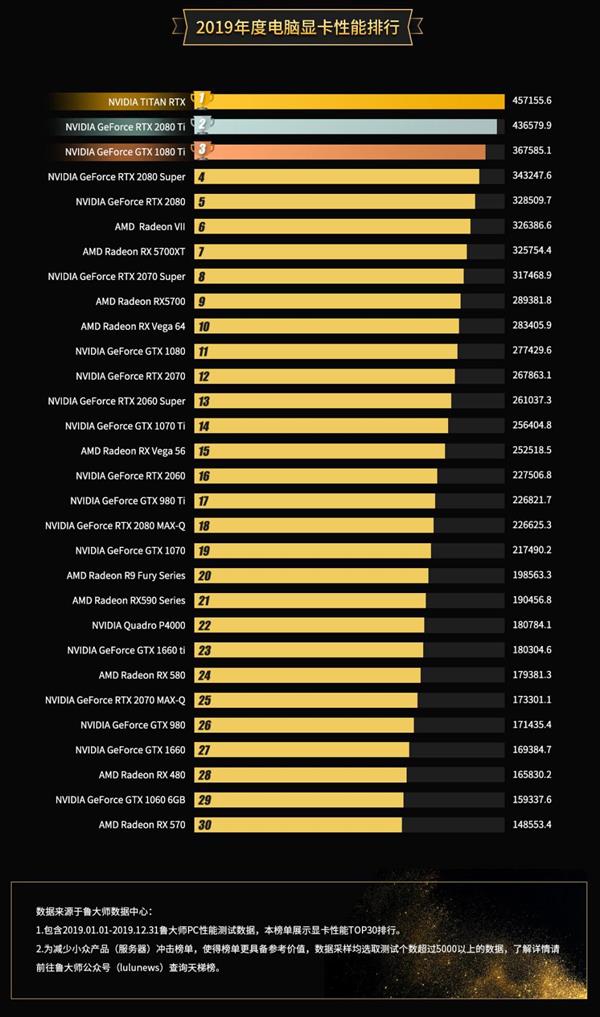 In 2020, AMD is expected to launch a more powerful rDNA2 architecture, which will also increase the light tracking function and hardware acceleration of NVIDIA’s front side. And Nvidia’s gaming RTX light tracking technology will also use more and more products and will be more and more adaptable. In the game, wait and see what sparks hit A and N cards. 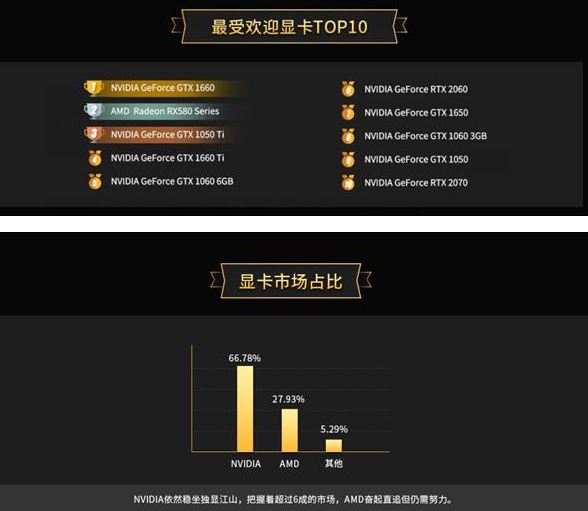