The Top 30 also has more AMD models than Intel

The developers of Master Lu Benchmark announced the results of a comprehensive performance rating of the user processor model for 2019. The Top 30 includes 16 AMD models and 14 Intel’s – and this is another small victory for the Reds. 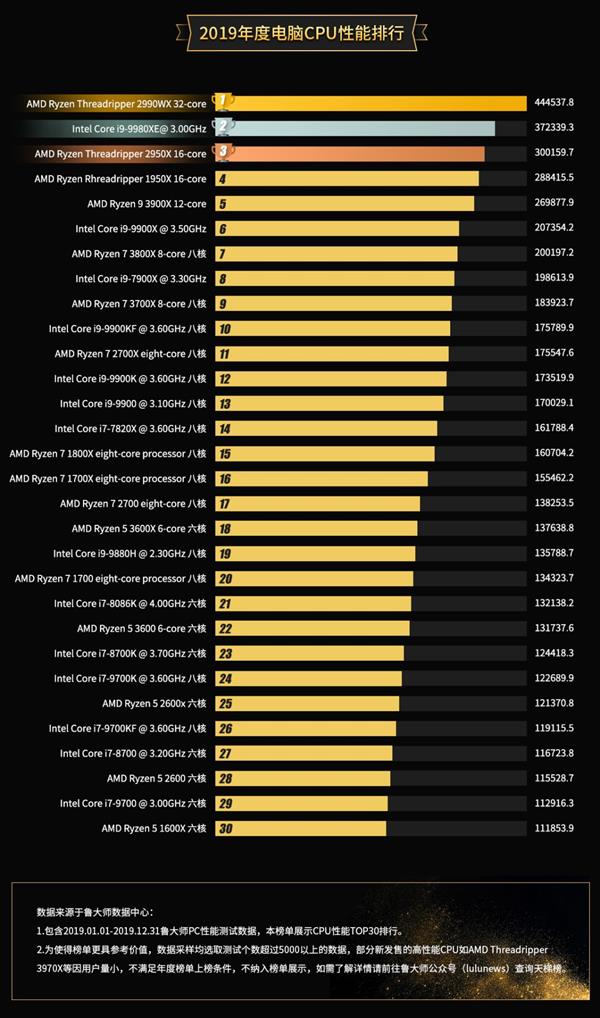 The Intel Core i5-9400F uses 6 cores, 6 threads, and 14nm technology, and the maximum core frequency reaches 4.1GHz, which is very suitable for users who need graphics cards with higher performance than the core. The official boxed price of around 1100 yuan has captured many users and has become the most popular processor among thousands of CPUs.

In the notebook field, Intel Core i7-9750H has become the darling of the market. The i7-9750H belongs to the 9th generation Core family, uses 6 cores and 12 threads, and has an acceleration frequency of 4.5GHz. The gap between the i7-9750H and 8th generation product lines such as the 8750H is small. It is currently the most common processor for 6000-8000 yuan gaming notebook

The Top 30 also has more AMD models than Intel