A 10,000mAh version is offered for $ 90, and 100-watt power supply will cost $ 15. We have heard many times that smartphone manufacturers intend to use graphene batteries in their smartphones. But so far no company has introduced such devices. The situation can change very quickly.

The American company, Real Graphene, is working on high-quality batteries. According to company representatives are widely used for commercial use. The main advantage of a graphene battery is that it charges very quickly.

The Real Graphene CEO Samuel Gong noted that it takes 20 minutes to fully charge a 3000mAh graphene battery using 60 watts of charging. This is several times faster than most smartphones charge with modern batteries.

Most of the modern smartphones’ batteries face a charge cycle of 300 to 500 without any significant drawbacks. He added. And real graphene batteries can withstand about 1,500 cycles at the same capacity. Because graphene batteries produce very little heat, it is cooler and safer. 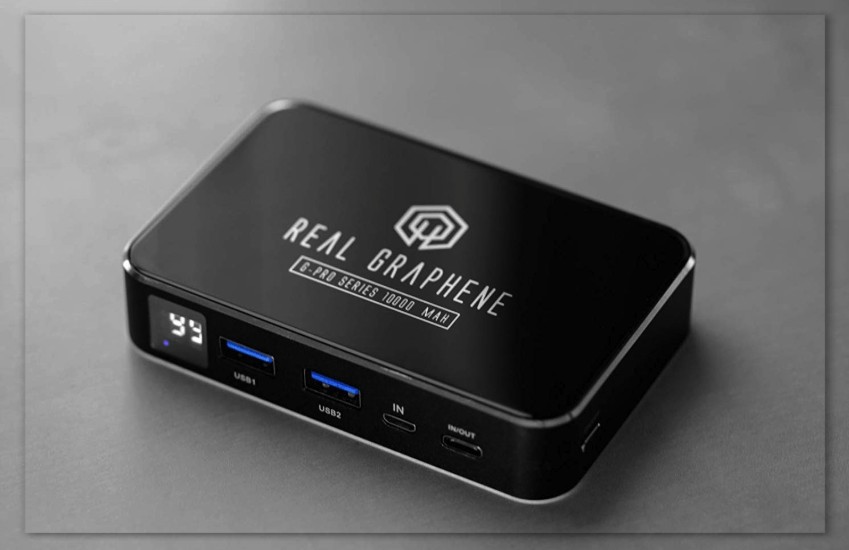 The company claims that it provides its customers with a complete solution that requires a battery and a special chipset for charging. Although the company has not yet signed a contract with the smartphone manufacturers, it has begun to sell real graphene portable batteries.

A 10,000mAh version is offered for $ 90, and 100-watt power supply will cost $ 15. 20,000 mAh version is also expected. They don’t work as fast as graphene batteries of smartphones in the future, but they still charge faster than rivals. The manufacturer claims that 20 minutes of external battery charge is enough to fully charge the smartphone, and takes up to 55 minutes to fully charge the basic version.

In the past few years, the smartphone industry has made reliable progress in terms of technological improvement. One of the most useful and more neede important areas is battery technology in every gadget.

According to Samuel Gong, CEO of Real Graphene. While charging the phone’s regular battery takes about 90 minutes and sometimes a little faster. The Real Graphene battery is faster, and the 3000mAh battery is fully functional. It takes 20 minutes to charge. Charges 60 watts.

The American company, Graphene is operating on battery cells with improved graphene properties, According to the company, The batteries are almost ready for mass commercial use. As far as the advantages of graphene batteries are, it is said to charge very quickly.

Also Like: Sony will introduce new smartphones on February 24 this year