The tab bar is the most important element of the browser interface. Mouse and keyboard owners won’t even think about missing out: clicking extra to access the list of tabs is a guaranteed way to disperse all browser users. However, when it comes to smartphones, for some reason, developers ignore the obvious inconvenience, presumably because they care about saving screen space.

As a result, most mobile browsers do not have tab bars, and you have to open a separate list to switch between them. Some companies also make sure that the list is as simple as possible, but such steps may not equal the reality of the overall misunderstanding of interface designers.

And if this is expected a lot from the default browser (have you seen at least one default browser that is convenient and suitable for everyday use?), Then you will find “the fastest, most popular third party Developers should not expect such a setup. Easy, effective blah blah browse “. The most amazing thing is, after moving to an Android tablet, those same browsers suddenly get a full tab bar, but they are not on the smartphone.

The invasion of Internet giants and their aggressive advertising led to the fact that small companies specializing in mobile browsers stopped their development. As a rule, abandoned browsers will soon be removed from Google Play, although there are exceptions. One way or another, this software is not only historical but also practical (for owners of old or budget smartphones) interest. 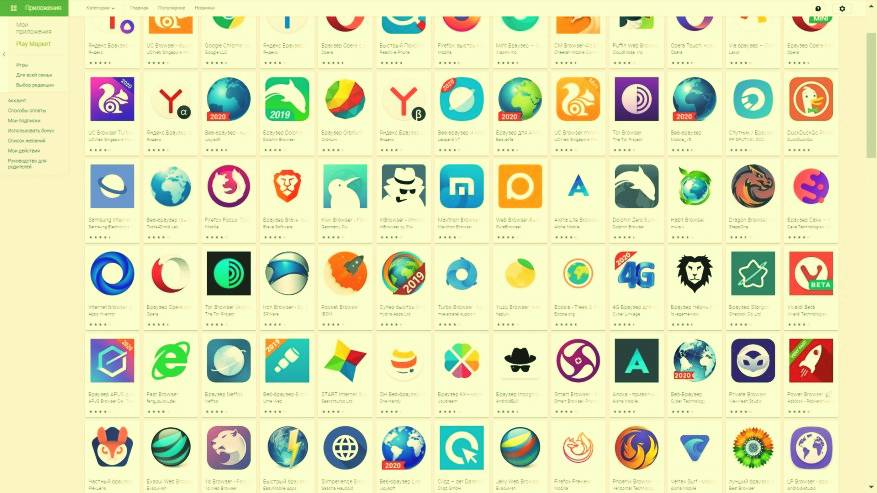 Another Chinese tablet web browser from the same era, the latest version of which is 1.9.0.2, released in May 2015. By the way, the “common” Baidu Browser for Android after 2016 was also removed from the markets, and in October 2019, the Chinese giant stopped developing Windows versions as well.

The current Maxthon is a universal solution (there are no tab bars on the smartphone, there are tablets on the tablet), but you can download the old version apk from the vast network (the latest version is 4.3.5.2000). It works stably, has a night mode and a QR scanner, supports 8 built-in search methods, 4 of which actually searches engines.

I can say a lot of kind words about him – after all, for 8 years, he was the default browser on my smartphones and, in fact, the main window on the Internet. Here is a convenient interface with a tab bar, and colour themes (several built-in, several downloads, several home-made craftsmen), and a floating tab (on the Galaxy Note is irrelevant, because a floating window is a system feature there), and gestures, and plugins, and a QR scanner.

I remember a few years ago it was customary to create 2 versions of a mobile browser – a regular one and an HD one, that is, a tablet one, and sometimes it was possible to install a version not designed for it on your gadget and use it. Over time, this practice was abandoned, and tablet browsers from Google Play disappeared. So here. This browser appeared in 2013 and developed until 2015 -. Just one blue interface theme, a couple of new useful features, a tablet-oriented design that is small on a smartphone

The browser from again the Chinese company iLegendsoft was one of the first alternatives on iOS (released in 2010). The Android version developed from 2013 to 2015, its story was interrupted at number 3.2.3. Screenshots will not be, alas. The browser works well on weak smartphones, but the built-in search engine is yandex.com, so the search tips are only in English.

The first thing a user sees after starting this browser is a full-screen banner ad. A flat banner is also present on the home screen, and it is impossible to disable advertising. Neither a QR code scanner nor one, no gesture control, a minimum of settings, buggy work on modern smartphones,

Microsoft starts updates for the first time without Win7