A Pakistan Airlines passenger plane ‘PK8303’ has crashed near Jinnah International Airport in Karachi, after which rescue operations are underway. Pakistan’s Prime Minister Imran Khan has ordered an immediate investigation into the plane crash.

According to media reports, there were 107 passengers and crew on board at the time, but the specific number of people also had other different opinions, all-around 100 people.

It is reported that the wrecked airliner was 15.8 years old and was leased by General Air Services of the United States from Pakistan International Airlines, and served in China Eastern Airlines for ten years earlier.

According to reports, the scene of the accident was located in a densely populated residential area, and billowing smoke billowed out. The scene has been evacuated, and ambulances and rescue personnel quickly arrived at the scene.

The passenger plane was coming to Karachi from Lahore when it crashed on the population in the Model Colony area near the airport just before landing, damaging several houses.

Dark smoke is billowing into the sky from the affected area, while fire brigade and rescue teams have begun rescue operations.

According to Dr. Sami Jamali, head of the accident department at Jinnah Hospital in Karachi, 17 bodies have been brought to the hospital so far.

There are a large number of occupants at the scene. Relief efforts are hampered by narrow streets.

READ ALSO:   Champagne does not get off. US threatens to impose 100% tariff on French goods

According to Pakistan’s Public Relations Department (ISPR), Army and Rangers personnel have launched a rescue and relief operation in collaboration with the civil administration after reaching the spot. 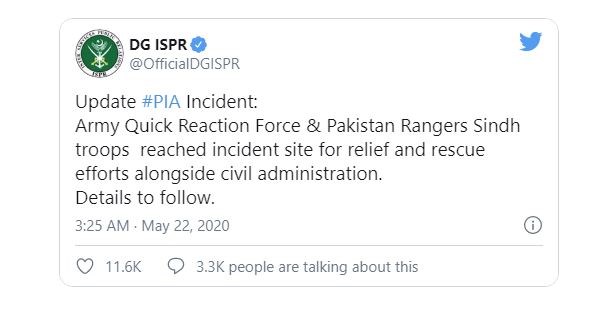 It may be recalled that the crashed passenger plane had a seating capacity of 160 people but due to the security measures of the Coronavirus, 91 passengers were on board.

Imran Khan said that immediate investigation of the accident has been ordered, my prayers are with those who died in the accident. 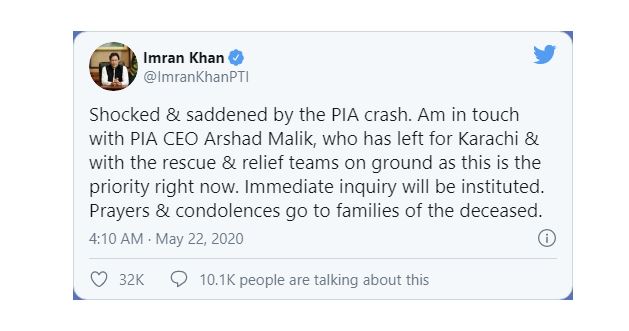 The plane was not too old ‘

According to PIA spokesman Abdullah Khan, all the functions of the PIA emergency operation have been activated after the crash of the passenger plane.

He said the plane was not very old and was in line with international standards for the flight. Regarding the cause of the accident, he said it would be premature to comment immediately. 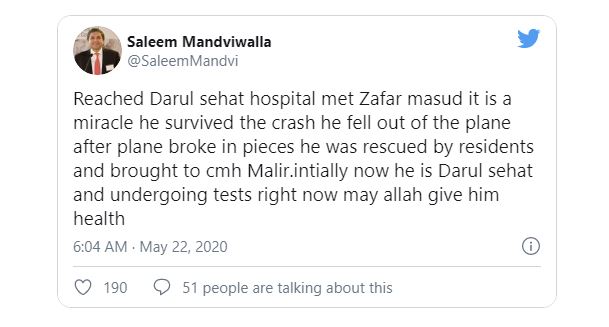 Saleem Mandviwala, chairman of Pakistan’s upper house of parliament, says he has visited Zafar Masood, president of the Bank of Punjab, who miraculously survived a plane crash at Darul Sahat Hospital.

He said that both the passengers were miraculously safe and injured but their condition was out of danger.

He identified the two as Muhammad Zubair and Zafar Masood. 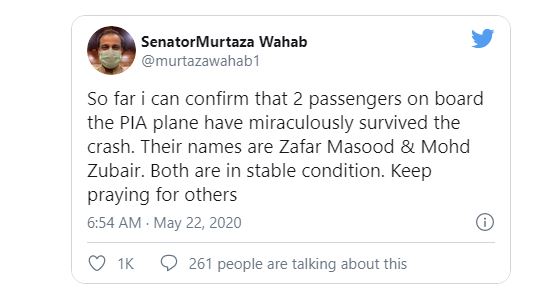