There is another look up from the well-known leaker Ice Universe. After he has already revealed details about the upcoming Samsung Galaxy Fold 2, he has now published a mockup that should show the new camera arrangement of the Fold 2.

@UniverseIce has revealed the new details on Twitter again, following up on a previous publication about the new dimensions of the Galaxy Fold 2. He presented two mockups that are supposed to show the fold in the open and in the closed state. The main focus is on the arrangement of the camera. It has now moved to the middle of the split panel. It is not entirely clear whether it is the final design of the second generation of the Samsung Galaxy Fold. 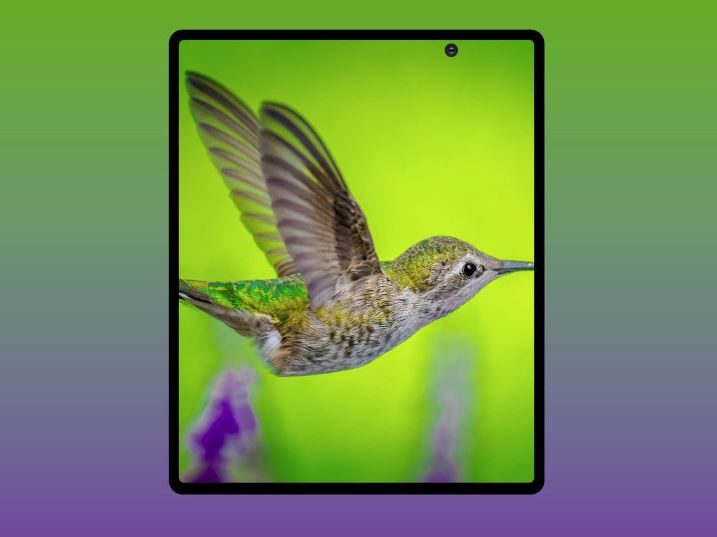 The Chinese are known for their Samsung leaks and use well-informed sources – but you can never tell how much substance each rumor has. The pictures of the Fold 2 are always interesting. For a long time, there has been controversy about how the Koreans can fix the biggest problems of their folding smartphone. This also includes design-related problems during use. Accordingly, there were many different theories and leaks. 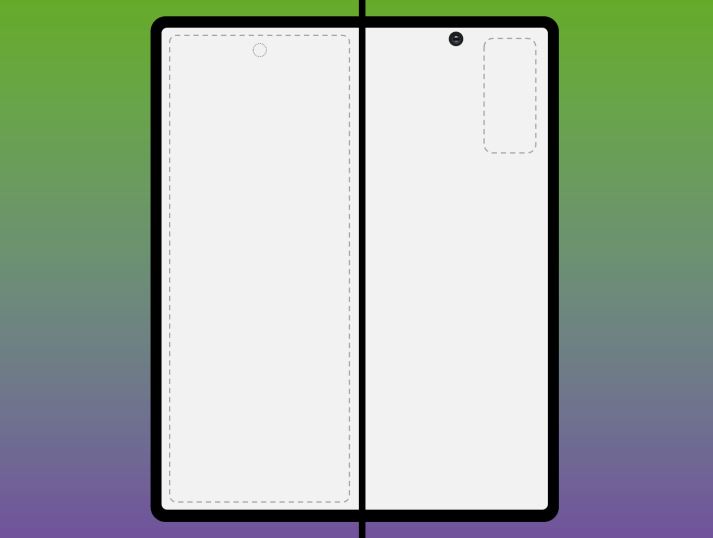 Presentation in a few weeks

So far, Samsung has not said anything about the planned release date of the second generation of the fold. It is likely that Samsung will launch the Fold 2 worldwide this year. The presentation of the Fold 2 should be planned as part of the Galaxy Note presentation. The traditional Galaxy Note 20 Unpacked event is scheduled for August 5, as is known. It would only be a few weeks now before the Koreans will present the two new models in the Note and Fold series.

Samsung Galaxy Fold 2 looks much better than the original

The Samsung Galaxy Fold 2 looks were released by trusted insiders

Yesterday, the famous insider and designer Ben Geskin released the first renderings of the Samsung Galaxy Fold 2 foldable smartphone. These effects were created based on leaks and information available on the Web.

This informant is trustworthy because he was the first to show the appearance of the iPhone X a few months before the announcement. He regularly uses drawings and information leaks to release high-quality renderings of upcoming smartphones. 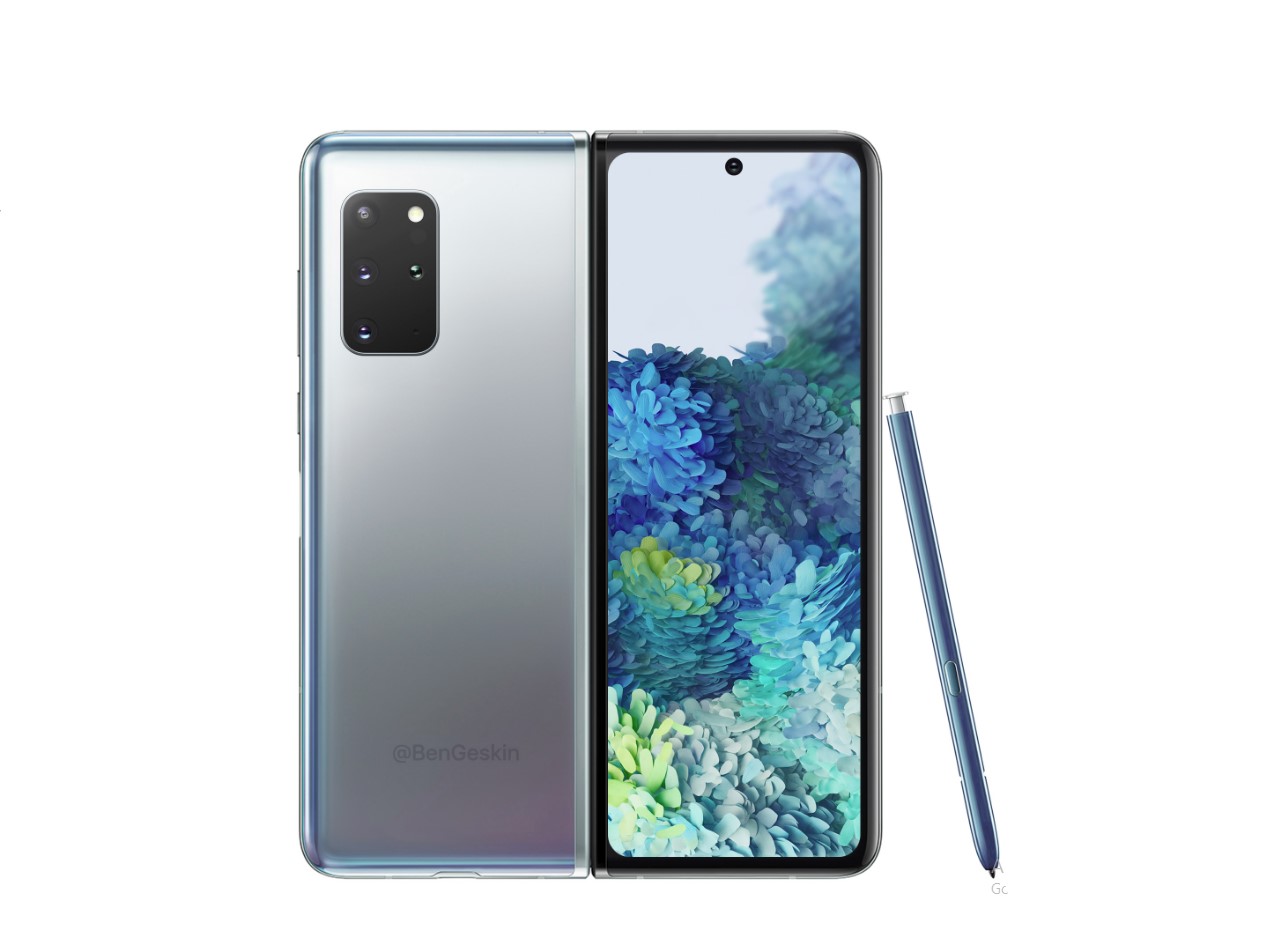 It is expected that the diagonal screen of the folding smartphone Galaxy Fold 2 will be 7.6 inches. The diagonally and the resolution will increase to 2213 x 1689 pixels. So the pixel density will be 359 PPI and the image refresh rate will be 120 Hz. The size of the external screen should be increased to 6.2 inches with a resolution of 2267 x 819 pixels. The refresh rate of the external screen image will be 60 Hz.

The smartphone is expected to receive full support for the electronic pen S Pen. Samsung plans to use so-called ultra-thin glass. The ultra-thin glass will provide adequate protection for the screen and will not produce creases at the bends. 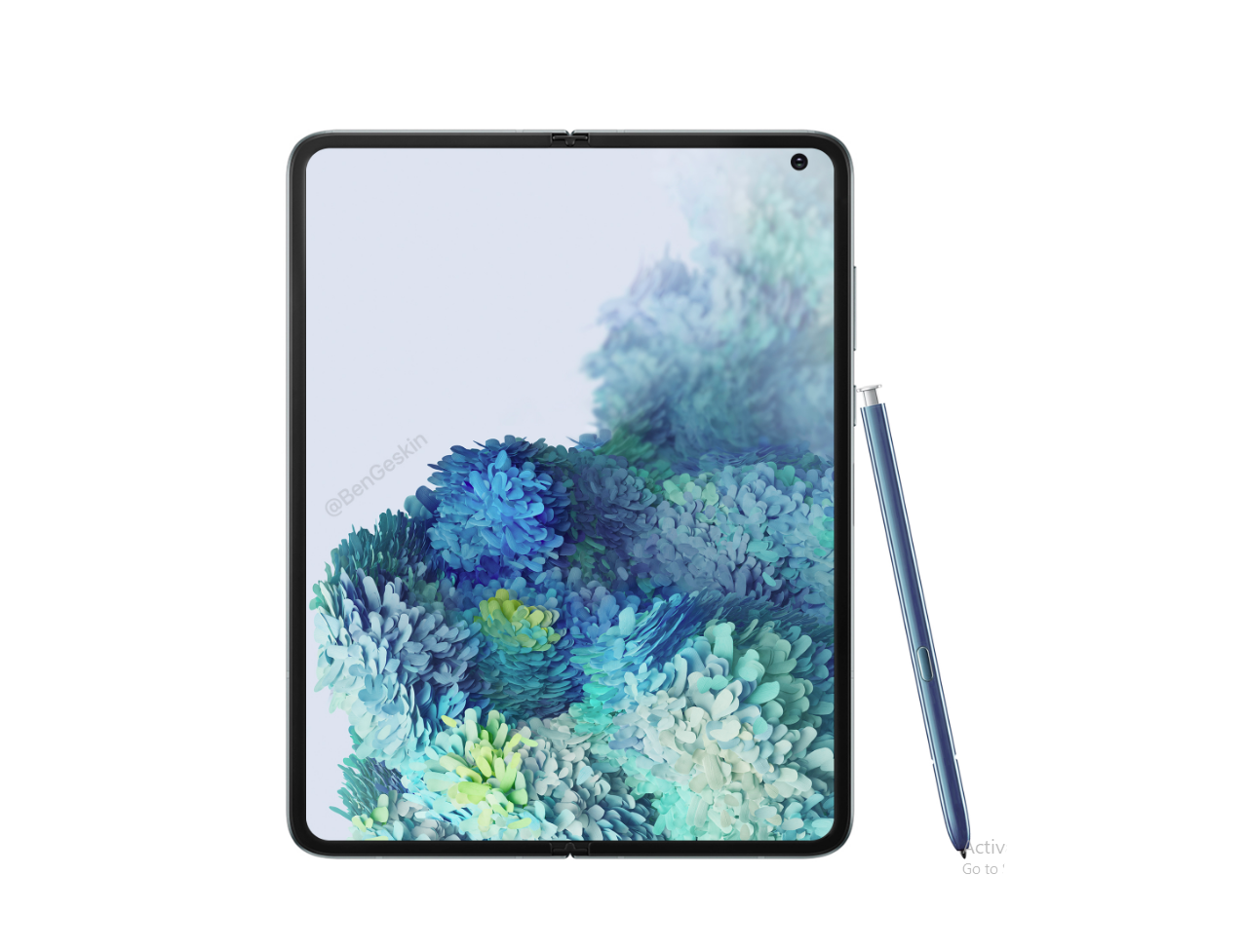 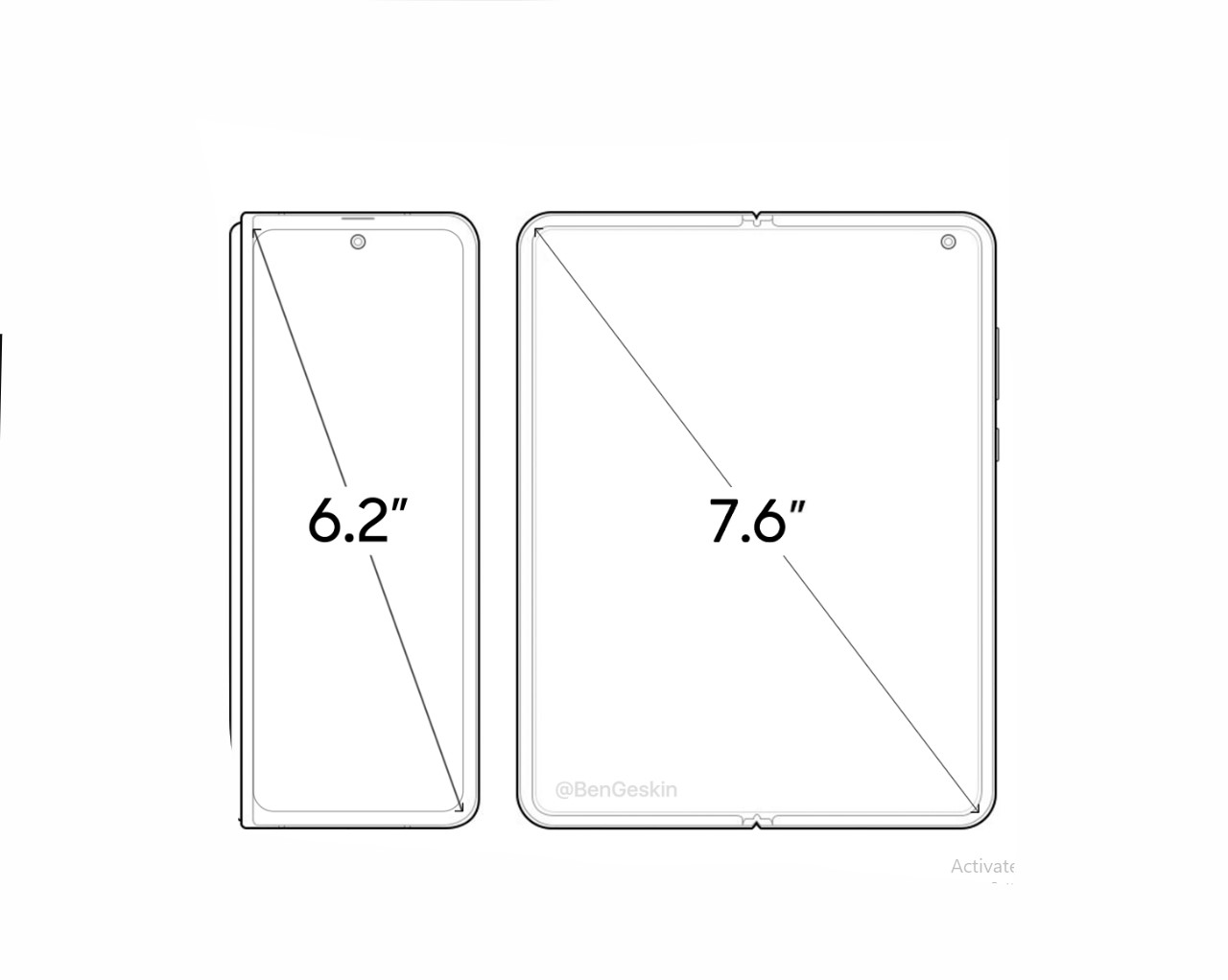