In the past period of time, more detailed information about the high-end Samsung Galaxy Note 20 and its elder brother Galaxy Note 20 Plus and/or Note 20 Ultra has been widely known. The new model will most likely be launched at the virtual Galaxy Unpacked event on Wednesday, August 5. For a long time, people have always thought that Samsung will also launch the Galaxy Fold 2, but more and more voices indicate that this folding phone will only be officially released in September. 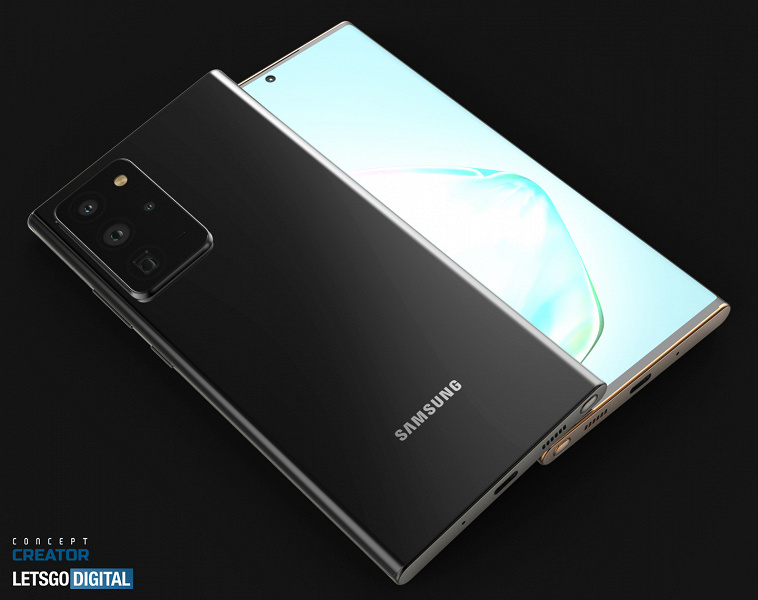 As far as the design of the front panel is concerned, no special changes are expected. The smartphone will receive a large screen with a narrow bezel and a single camera embedded in the display.

The main camera is expected to use four image sensors, including the main sensor with a resolution of 108 megapixels. At the same time, there are rumors that the company gave up 100x digital zoom and switched to 50x zoom. 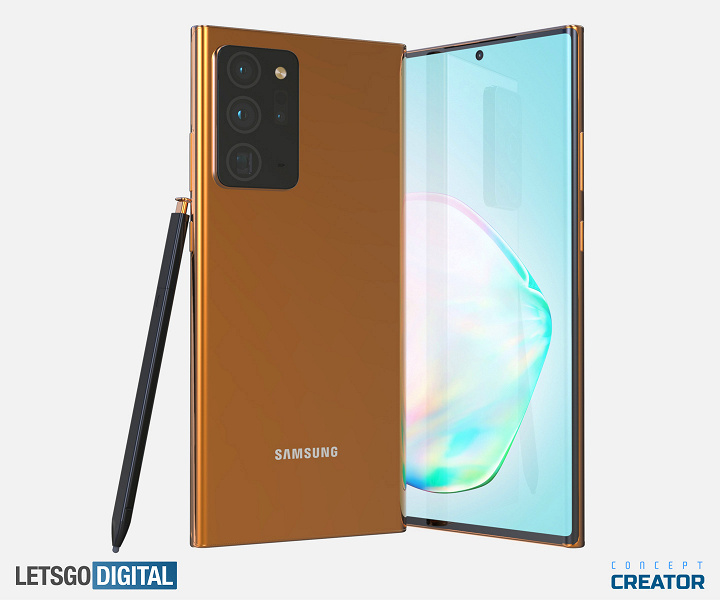 It is speculated that the Samsung Galaxy Note 20 series may be displayed at the Galaxy Unpacked event to be held on August 5. It is also expected to release flexible Galaxy Z Flip 5G smartphones and new smartwatches.

Samsung may release the Galaxy Z Flip 5G model at the same time as the new Note model. Currently, you can only buy this foldable smartphone as a 4G device. In addition, it is expected to launch a new smartwatch Galaxy Watch 2 and new tablets Galaxy Tab S7 and S7 +. However, in this publication, we are limited to the new top models in the Note 20 series. 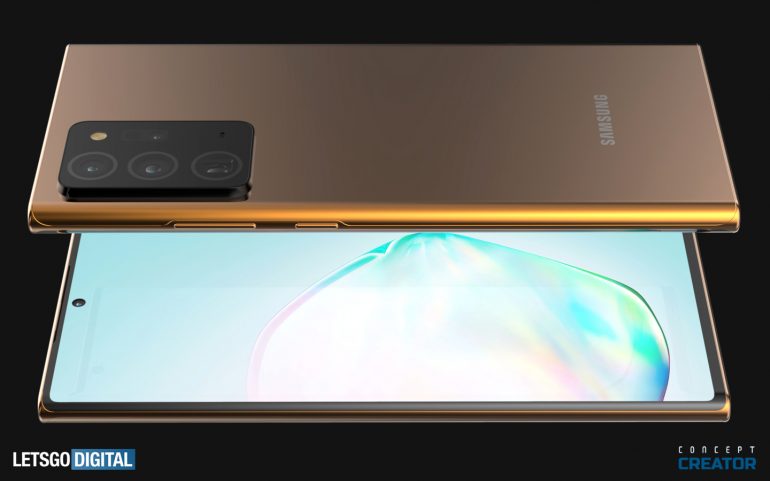 Galaxy Note 20 Ultra is a smartphone with a stylish design. On the front, Samsung seems to have made the smallest changes. So the design will have tighter straighter lines. The hole-punch selfie camera will also be centered in the center of the new model-as we know from Note 10. However, the biggest design change seems to be in the rear. Especially the camera system. Upgrade again.

Several renderings of the new Note 20 have appeared online, and some mobile phone cases have been leaked. Using all available information. Jermaine Smit (aka Concept Creator) has produced the expected video animation of Samsung Galaxy Note 20 Ultra. Jermaine also produced the product renderings used in this publication for LetsGoDigital.

The camera module will protrude from the housing again. Also noteworthy are the three relatively large camera lenses-presumably wide-angle, ultra-wide-angle, and zoom cameras. In addition, a special 3D sensor will be built in. The DepthVision camera can ensure a beautiful bokeh effect even when recording video. You can assume that the 8K video feature that appeared in the Galaxy S20 earlier this year will also be found on the new Note device.

Like the S20 Ultra, this also applies to the 108-megapixel ISOCell Bright HM1 image sensor. Which will also be used for the Note 20 Ultra. In addition, Samsung seems to want to use a laser autofocus system. Recently, many manufacturers have successfully updated the autofocus system. This makes sense because the image sensor can still provide such high resolution. If the image does not look sharp, then it is not very useful to you. For the S20 series, the focusing system is only the key point, for which Samsung has released some software updates.