Xiaomi demonstrated its 100W Super Charge Turbo fast charging technology in March 2019. This solution can fully charge a 4,000 mAh battery in just 17 minutes. Now, more than a year since its release, the 120W charger required for this technology has obtained 3C certification.

This particular charger can operate at the following power output.

The new fitness band Mi Band 5 is officially unveiled. Now Xiaomi Mi Mix 4 remains the most long-awaited novelty. And this smartphone really has something to surprise the fans.

There are some leaks on future posters on Weibo. The expected technical characteristics of the Mi Mix 4 are amazing.

On Weibo social network, they published a photo showing printed advertising materials on the new Xiaomi Mi Mix 4 smartphone. Another interesting image was obtained by the famous insider Xiaomishka. So far, we do not know whether these posters are official or are it a fake. So it can just list new information.

Mi Mix 4 smartphone should become the main competitor of Huawei P40 Pro. Xiaomi’s task is to release a model that outperforms its competitors in terms of performance and camera performance. 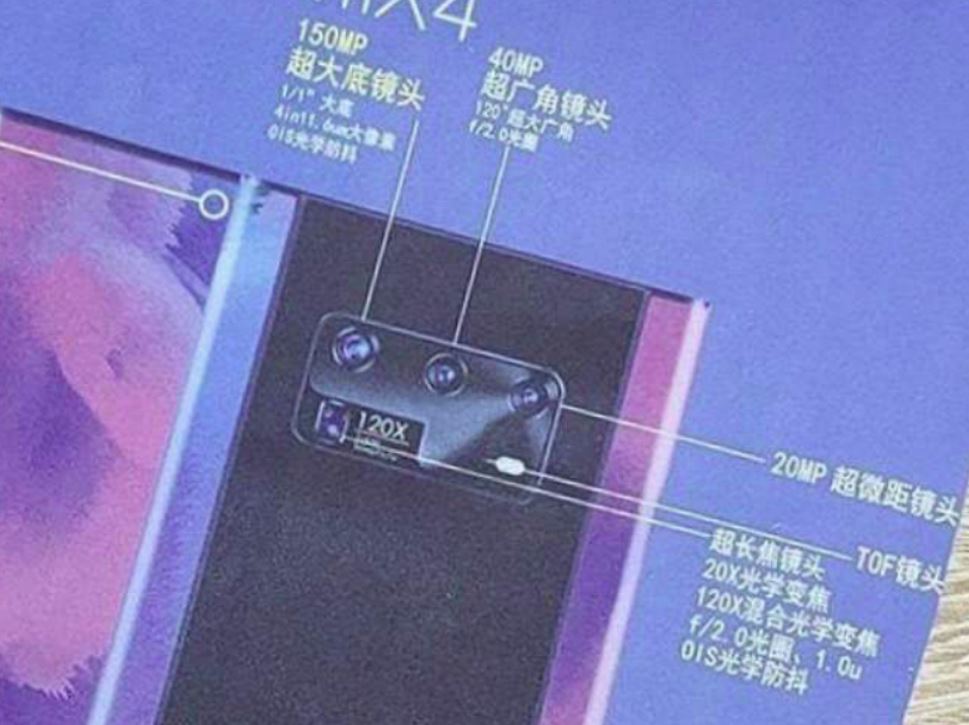 The design of the smartphone is similar to the conceptual hybrid Alpha. In this model, the left and right sides are 180° curved display screens. For mass production, this solution is more practical.

The main camera module is similar to the Huawei P40 camera. In addition, there is an inscription “mixture designed by Mi”. Which is different from the standard Xiaomi logo of the series.

In addition, Xiaomi Mi Mix 4 will have a 40-megapixel wide-angle lens and a TOF sensor.

These amazing features will be complemented by OIS optical stabilization. And a periscope camera with 120x digital zoom. A similar digital zoom will also be implemented in a smartphone codenamed CAS.