According to the latest information, the Samsung tab S7 received IMDA certification. Samsung is expected to officially launch two new Android tablets Galaxy Tab S7 and Galaxy Tab S7+ on July 22, and its most important specifications were only leaked a Few days ago 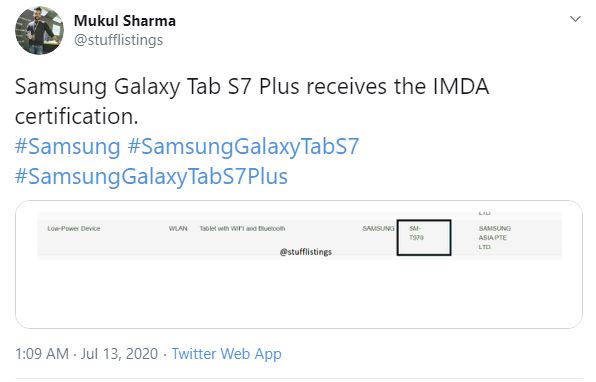 Interestingly, the 120 Hz mode is not specified, which is actually aimed at Two Apple iPad Pro competitors that are already planned. Not only in this regard, but there are also still some uncertainties in the next few days until July 22, and there are some surprises in the design.

On the other hand, South Korea’s certification provides the first real picture of the Galaxy Tab S7+. You must get used to it first.