The Samsung Galaxy Tab S7, which is expected to be released on July 22, is now available for the first time as a complete 2-in-1 kit with the new S-Pen and high-resolution keyboard and official image for rendering. It is assumed that the new Android tablet will compete with Apple’s iPad Pro. And this year it will be two almost the same size.

Samsung tries it again and is likely to compete on July 22 with the new duo of the Android Galaxy Tab S7 and Galaxy Tab S7 + tablets with the latest Apple mouse support and the new iPad Pro keyboard cover with a trackpad. Like Apple, Samsung will offer two sizes this year: 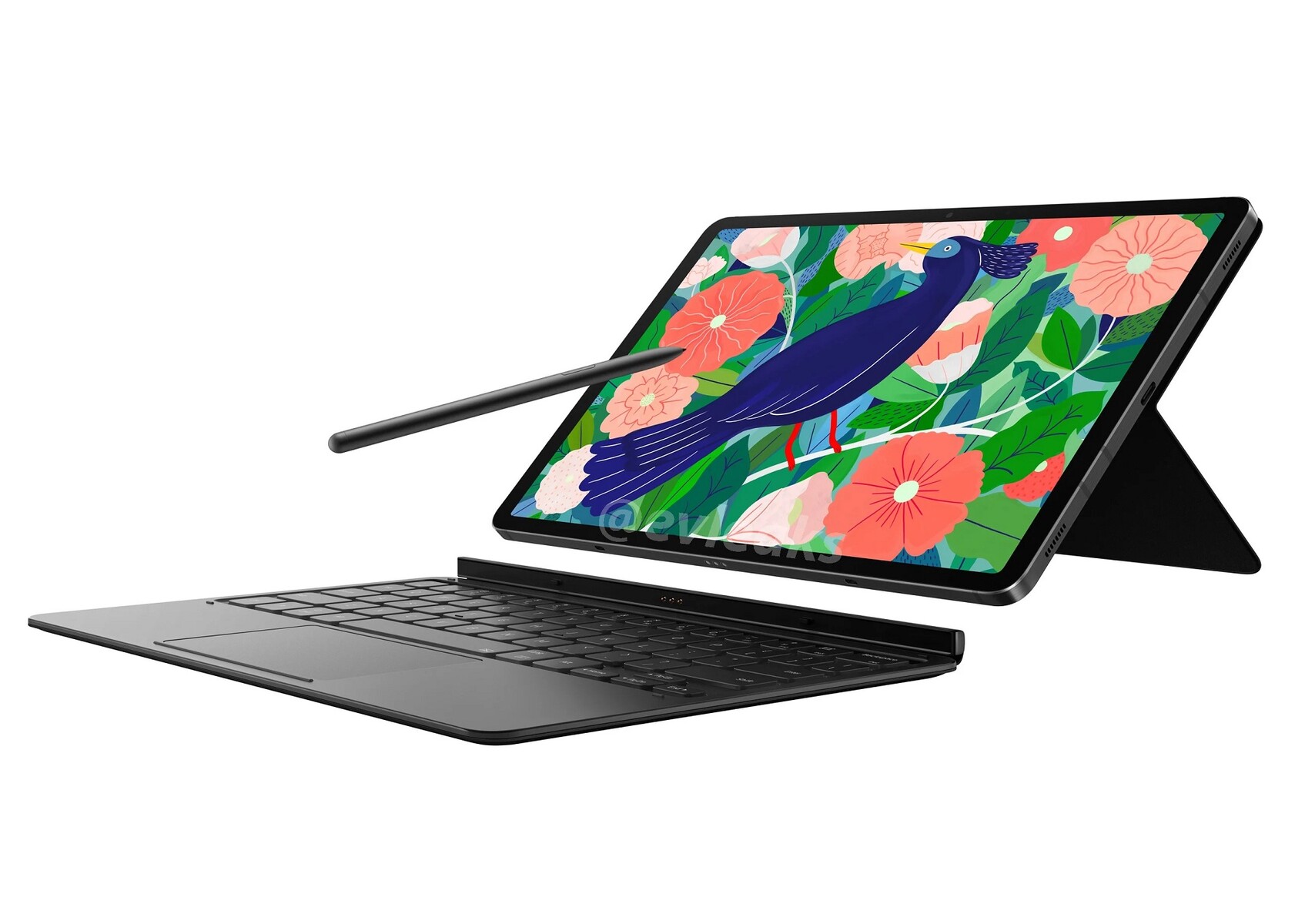 On the one hand, the 11-inch model, which can be seen for the first time in a package with an S-Pen and a keyboard, on the other hand, but also a model with a diagonal of 12.4 inches plus, which, in addition to a large display and a more powerful battery, is no different from the usual. Galaxy Tab S7 will be different. In the picture above, we see a front that has grown slightly from 10.5 to 11 inches compared to the Galaxy Tab S6 (sold from Amazon from 625 euros) with slightly reduced edges.

The S-Pen, which is again compatible with Bluetooth, was supposed to be a little rounder than last year, and it is not yet known whether it can also offer new features. We can also see small changes in the predecessor model in the keyboard case, for example, it looks a little thicker and more angular and, thus, looks more like a classic laptop keyboard.

According to previously leaked specifications, Samsung uses the new Snapdragon 865+ with 6 or 8 GB of RAM, as well as 128 or 256 GB of memory and an expansion of the micro SD slot, the battery holds 7,760 mAh. On the back, there is a 13-megapixel dual camera with a 5-megapixel side-impact sensor, but the recess remains for the S-Pen, but apparently it takes some getting used to. The Galaxy Tab S7 Plus should start with a 12.4-inch display and a 10,090 mAh battery.

The integrated 10,090 mAh battery could have guaranteed good running time, but Samsung should abandon the particularly fast charging technology. On the back, you should find a dual camera. Which consists of a 13 MP and a 5 MP camera. For selfies, you can use an 8-megapixel sensor. Samsung should provide One UI 2.5 based on Android 10 for tablets.