All PS5 fans looked excitedly at Sony yesterday, as the group had to announce the price and sales of the new PlayStation 5 in the evening. Unfortunately, nothing came of it, but at least the signs of an upcoming pre-sale are increasing.

PS5 fans watched excitedly at Sony last night. Because, according to two leaks, the group was supposed to officially announce the start of sales and the price of the upcoming PlayStation 5 around 9:30 pm. Fans have been waiting for this for a long time.

|Unfortunately, nothing came of it, but at least the indications of an approaching advance sale are increasing.

In the end, nothing came of it. There were no ads from Sony in this direction. Thus, it is not yet clear when the new PS5 will be released and how much it will cost. Rumor has it that the cost of the version with the drive will be 499 euros, and the digital version – 399 euros. The launch is expected to take place on November 20. However, this has not yet been officially confirmed. 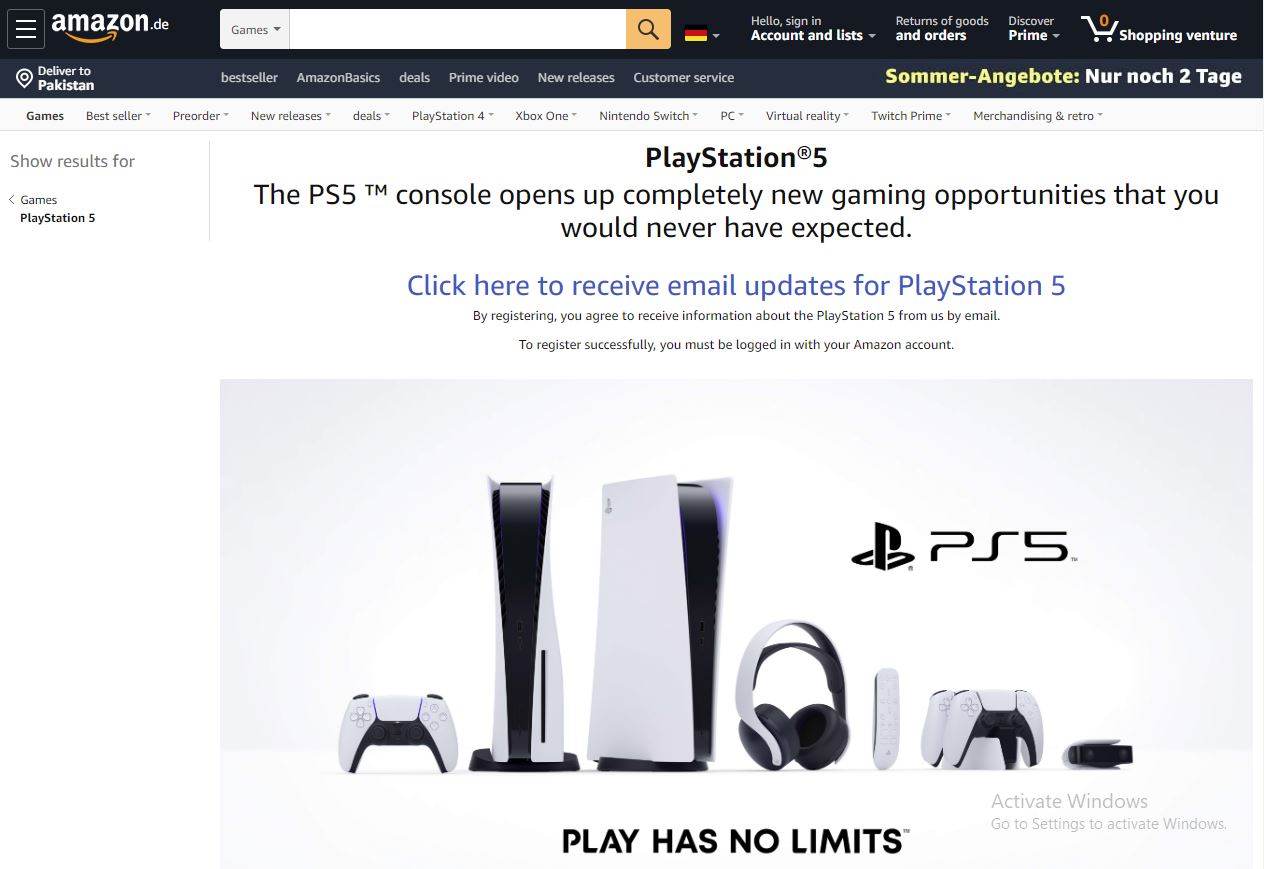 But at least there was little news last night. They not only affect the known weight of the new PlayStation 5. Which is a real heavyweight compared to its predecessor. But the announcement of the price and (pre) start of sales seems to be close. Because Amazon has international sites on the PlayStation 5 in many countries, including Australia, the USA, Canada, India, Italy, France, and the UK.

There is also a corresponding page on Amazon for Germany. Although these information pages do not reveal any additional and yet unknown information. They do not indicate a price or period. Only the “Holiday 2020” perspective can be read there. But this should be understood as another indication that we can expect official information about the start of sales and the price from Sony in the near future. Moreover, many other stores, except Amazon, also prepared the corresponding pages.

According to rumors from a source that in the past was fairly reliable,. Sony will report the price, release date and pre-order information for the PlayStation 5 in just a week, July 13. According to the current status, the console should appear on the market in time for Christmas.

PlayStation fans should mark July 13 on the calendar because that day Sony should finally announce the price and launch date of the PlayStation 5. According to the tweet below Roberto Serrano, who already correctly predicted Sony’s live broadcast date on June 11. Sony will unveil these exciting details the next Monday. 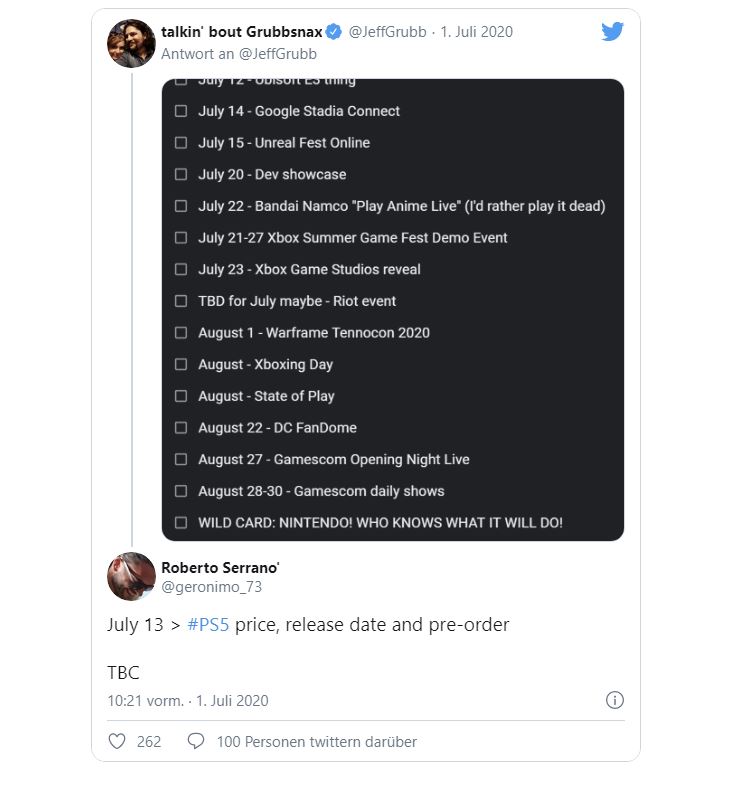 When asked where he got this information, Roberto Serrano quoted sources in the entertainment industry. As usual, you should remain skeptical, despite the supposedly credible source. Even if the big opening is currently scheduled for July 13, it cannot be ruled out that Sony is still postponing the date. According to the recent rumor, the information should be disclosed before this date, and not after.

No more format information. In view of the pandemic that is still raging, a big fan event seems impossible, a live broadcast or blog entry would be equally conceivable. The opening of the award will be especially exciting since Microsoft has not yet announced the price of the Xbox Series X. So Sony will give the competitor the opportunity to respond to the price of the PS5. According to the latest rumors, the console will cost 399 or 499 euros, depending on which option you choose – with or without an optical drive.

READ ALSO:   Asus ROG Phone 2 turned out to be a great music smartphone