The 2020 Inspire Conference is leveraging Microsoft to bring new features to its Chromium-based internal edge browser to partners as well as private customers. Focuses on privacy and enhancements for professional and private use.

After updating Microsoft Edge to the Chromium base used by Google Chrome. The browser not only became more popular, but Redmond itself also became more popular with new features for everyday private and business life. According to Microsoft, the company discusses additional features that were partially announced during the Build 2020 developer conference. The first of which has already been released. Microsoft not only wants to make it easier to use but above all, it also wants to improve browser security.

Among other things, the so-called Endpoint Data Loss Protection (DLP) is now available as a public test version for the Microsoft Edge browser. This enables companies and their employees to protect confidential documents, images, and files. The simplest example of this is a notification that informs users when protected company data is moved or uploaded from a protected folder to private environments. Possible data leaks are not completely ruled out but can be eliminated in advance.

In addition, the Edge team is announcing the availability of a simple switch between personal and professional Microsoft accounts. Which was already mentioned in mid-May. After a certain stage of training, this prevents employees from accidentally entering the service areas of their account and vice versa. For example, if you’re browsing the Xbox website with Microsoft Edge, the browser prefers a personal account. If you then switch to a SharePoint environment, you will be presented with Professional Access. Which you can select with one click. A useful feature especially during home office times. 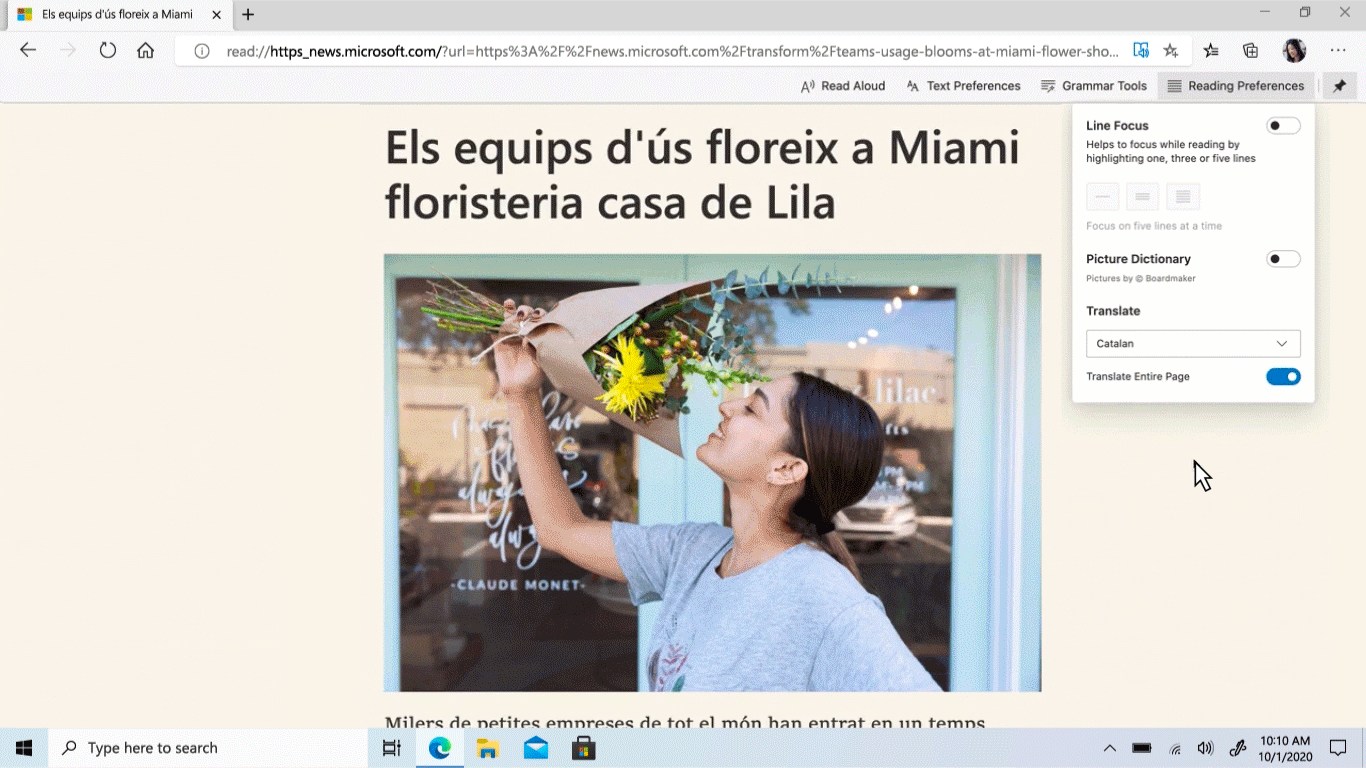 Finally, Microsoft is also expanding “collections” in the mobile version of the Edge browser for Apple iOS and Google Android. Collections can now be created, organized, and annotated on smartphones and tablets. Redmond also offers features to read PDF files aloud and translate entire websites into one of 54 languages ​​with a single click. However, these options are not entirely new. The “read aloud” feature can be used on websites for a long time. While this type of translator can also be found with a competitor, Chrome, which uses the same Chromium framework.