Uh … oh? You might think that AMD, of all companies, would know. How many technology-obsessed fans there are and would test every pixel of information they provide. Will the information in the original article below be more or less accurate, through just one application? There’s a good chance – the possibility of two USB-3 and HDMI ports seems high – but we just need to wait to find out.

AMD announced a lot of interesting new products during its press conference. But in addition to its own solutions, and this came as a complete surprise to Microsoft, the Xbox Series X console also showed off. And on the other side, from which no one had seen the console.

Pictures of the Xbox Series X used during the AMD CES press conference were not obtained by Microsoft. And do not accurately represent the design or features of the upcoming console. He was hired by TurboSquad.com. 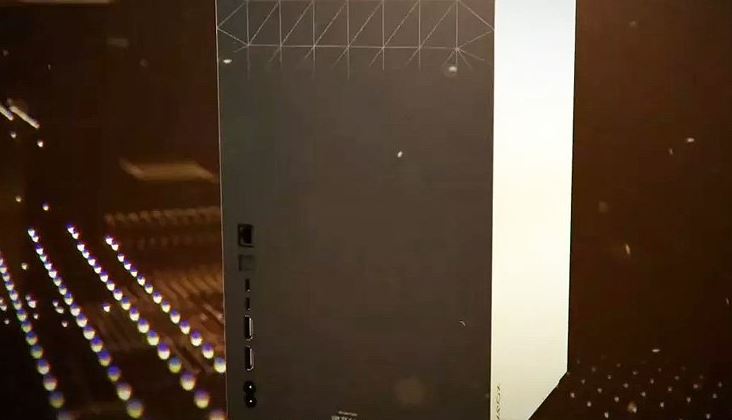 In the picture above, the console poses with the back – the one to. Which the power cable is connected (built-in power supply) and on which the interface connectors are located. As you can see, the device has a port for connecting to a wired network, there are a pair of HDMI and USB-C ports. Another USB port for charging joysticks is located on the front of the console.

In general, everything is simple and expected here – without any special differences from the Xbox One. But Microsoft’s reaction to the demonstration of this picture was pretty tough. The company reported the use of AMD “unauthorized image”. Which “does not accurately reflect the design or functions of a promising console.” And Microsoft’s anger can be understood.

While the design and even such small features as the Xbox Series X ports are already known to everyone. The PlayStation 5 remains terra incognita (unless, of course. You take into account a lot of conceptual images and prototype renderings). And theoretically, with more and more details about the competitors’ console, Sony can make its console even better – it still has a lot of time for this.