A while back, rumours about the next-generation Nintendo Switches game console reappeared on the web. Allegedly, it will get a specific Nvidia SoC with a Volta GPU, which will make the console more productive.

However, there will be no new switch this year. More and more information about this information is official: Shintaro Frokawa, president of the Japanese company, spoke about it.

He focused on the fact that it is important for the company to keep up with the current generation of consoles (both gamers and developers) and expand the existing user base.

Please note that we have no plans to launch the new Nintendo Switch in 2020.

And that’s enough to expect. First, the current switch is capable of launching such “heavy” games with its old SC Tegra X1, such as The Witcher 3: Wild Hunt or Wolfenstein: Youngblood. Secondly, by the console market standards, the switch came so long ago: less than three years ago. Thirdly, an updated switch was recently released with a faster platform and better autonomy.

Well, recent sales data suggests that there is simply no need to generate alternatives – the current generation is buying well.

Why is the Nintendo console a new generation when there is a Nintendo Switch?

The Nintendo console flies like hotcakes and is ahead of PlayStation 4 in terms of sales speed. Nintendo Switch Game Console Launched on March 3, 2017, According to the results of 2019 (ie, approximately 2 years and 10 months), the total global sales of Nintendo Switch was 52.48 million units.

For comparison: It took three years and a month to control the 50 million consoles sold to the incredibly popular PlayStation 4 console. Namely, the Nintendo Switch is ahead of PlayStation 4 in terms of sales speed. 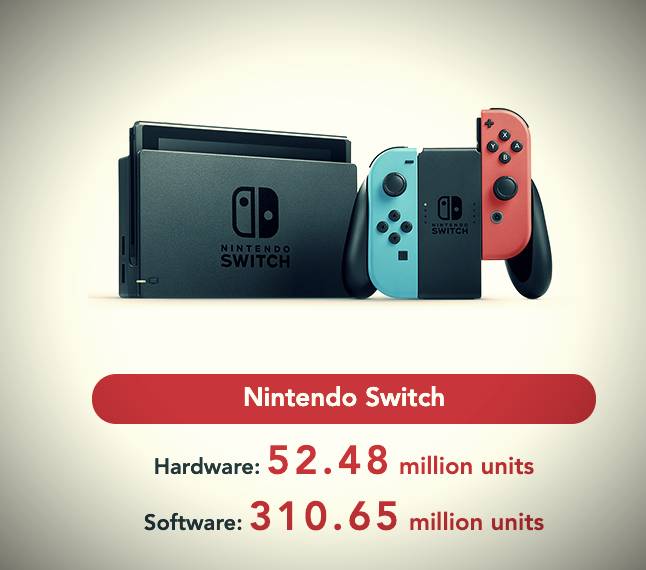 At the same time, the company has already sold more than 310 million game copies for the Nintendo Switch. An average of 6 games per console. Leading software sales leaders include

These exceptions are made by Nintendo’s In-house Studios. Looks like the best selling top ten games for the Nintendo Switch.

Based on the results, the company increased its forecast for the current fiscal year. Nintendo Switch sales forecast increased from 18 to 19.5 million consoles.