This time, the Huawei P40 series debuted with multiple magnifications of the periscope with a 10-fold increase. Huawei P40 series receive only five Leica shots. The image capabilities of the Huawei Mate 40 series will naturally increase. There may be adjustments to the lens characteristics and image orientation. But the overall performance of the series is definitely at a level, perhaps stronger.

Tian Feng International analyst Guo Mingchi said in a recent report that Huawei plans to use the free-form lens on the new high-end Mate models. On the second half of this year, Huawei tries to improve wide-angle deformation.

In addition to updating image processing capabilities, the Huawei Mate 40 series will also introduce a new generation of Kirin processors. It was previously discovered that the next generation of Kirin flagship processors, code-named Baltimore. Huawei will not only use the 5nm TSMC process, but it is rumoured that both the CPU and GPU will be significantly improved.

It is reported that the processor part of Kirin 1020 is based on the Cortex A77 or even A78. its performance has increased by 50% year on year.

According to the news, the Kirin 1020 chip is expected to ship on a large scale in August this year, when Huawei may launch a new product in September.

Want to use the Mate 40? Exposing Huawei’s new patented technology: the camera ring supports touch and can be used as an additional screen

On the Mate 30 series, Huawei adopted a multi-cam design, which the official describes as a design with its halo.

For the Huawei ID team and some users, Halo may reflect a sense of beauty. Judging by the latest patent applications, Huawei also hopes to add functionality to the camera ring.

In particular, the ring adds display and touch functions, which means that it has a small additional screen. It can blink for alarm reminders. It displays short messages, answers calls, adjusts the zoom ratio, adjusts the volume, read pages and even acts as a simple clock. 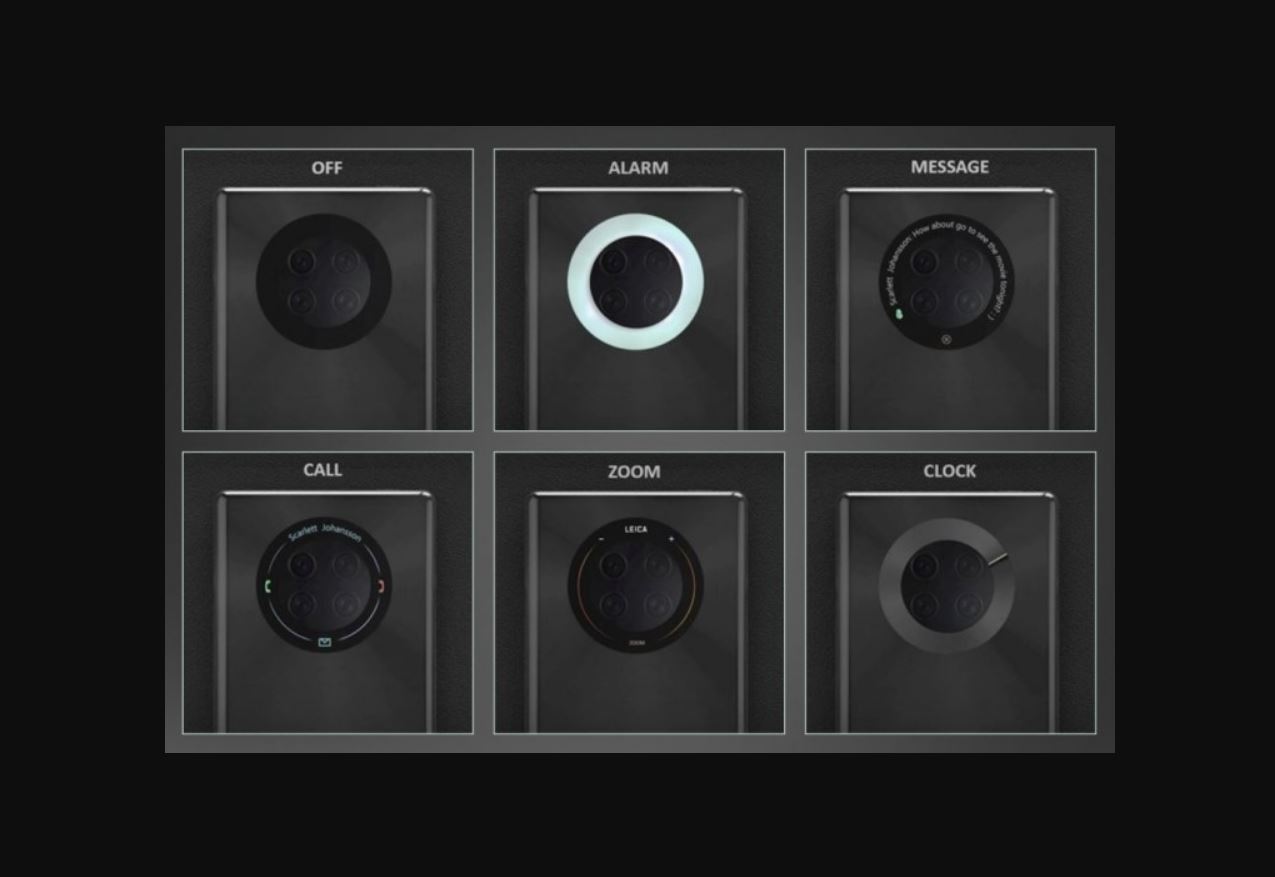 I have to say that it looks very cool but obviously needs a higher build process. In addition, there is another problem that can not be ignored, is that there is a sensor ring around the camera, and high-frequency finger operation will inevitably make the lens area erroneously contaminated with fingerprints, which will affect the photo.

Of course, the bold and innovative spirit of the Huawei team is beyond doubt. It is unclear whether the above patents can be commercialized as soon as possible, for example, directly on the Mate 40 series this fall?