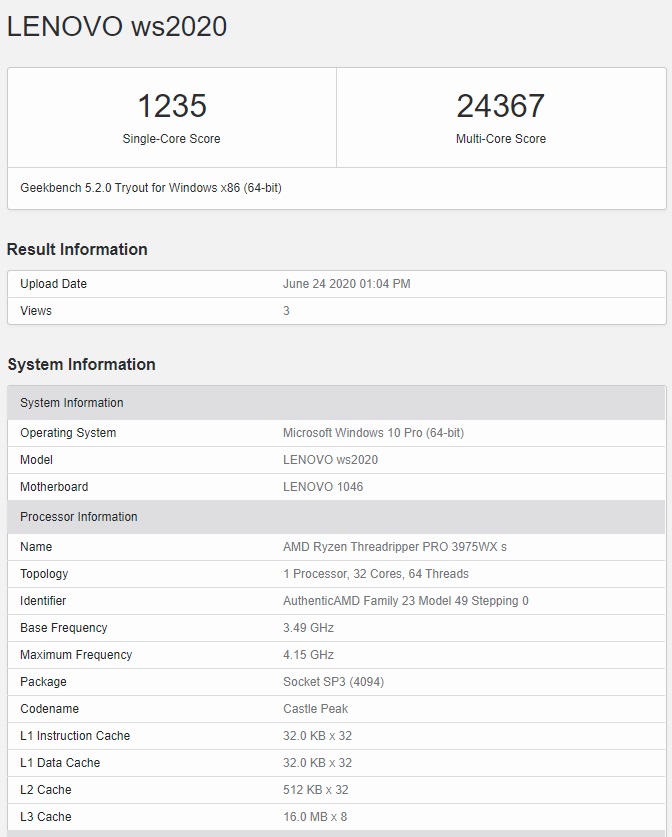 Interestingly, the Lenovo workstation based on this CPU lighted up on Geekbench on June 24. But the corresponding record only attracted people’s attention. As you can see, the operating frequency of the CPU is 3.5-4.15 GHz. And the third level has a 128 MB cache. The frequency is lower than the Threadripper 3970WX corresponding to the desktop. But the Threadripper PRO 3975WX has different application characteristics. The processor and the entire Threadripper PRO 3000 series of products use an eight-channel RAM controller that can support up to 2 TB RAM.

According to the news of @APISAK, a Lenovo ws2020 device appeared in Geekbench, equipped with AMD’s unreleased thread tearer PRO 3975WX processor.

Foreign media revealed that the Thread Ripper Platform Pro series is positioned as a commercial workstation series that will support 8-channel memory and up to 2TB of memory capacity compared to consumer-grade Thread Ripper products, using the new sWRX8 motherboard.