While the Surface Duo was not initially expected for the winter, a dual-screen smartphone could be arriving in the coming weeks. There are new render images for the device. Photos confirm that the launch could take place soon.

Rendered images are taken from Tech Leaker Evan Blass and published by The Surface Guide. Four photos show what the Surface Duo looks like when closed and open. Images should be used for marketing purposes and give future users the first impression of the smartphone. 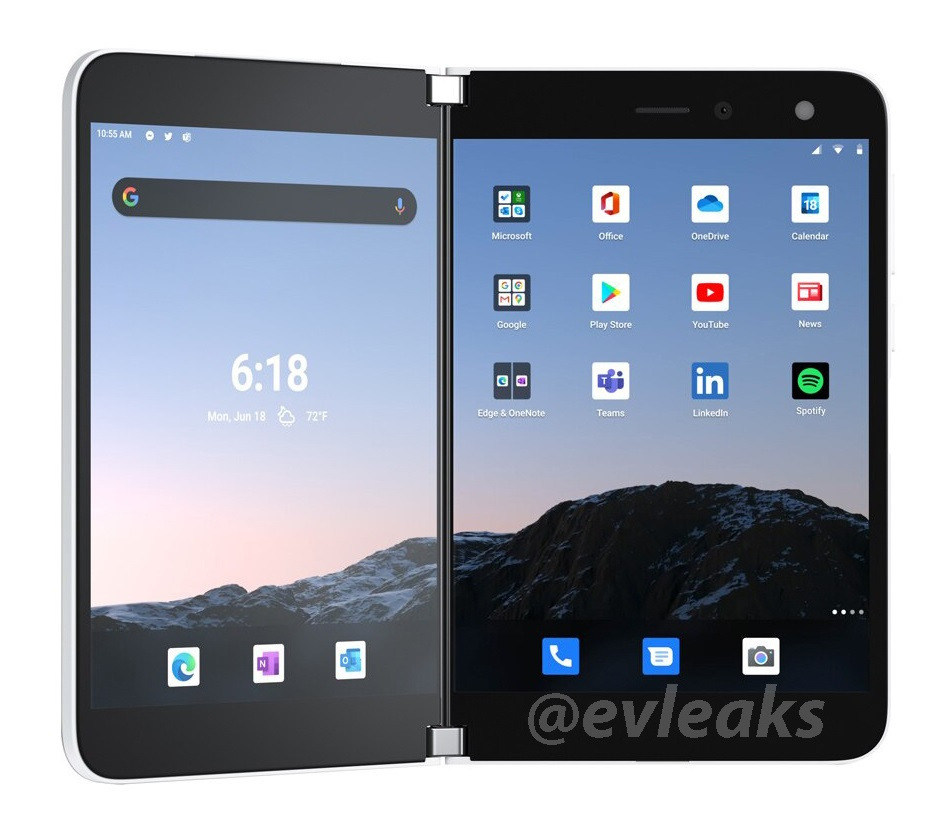 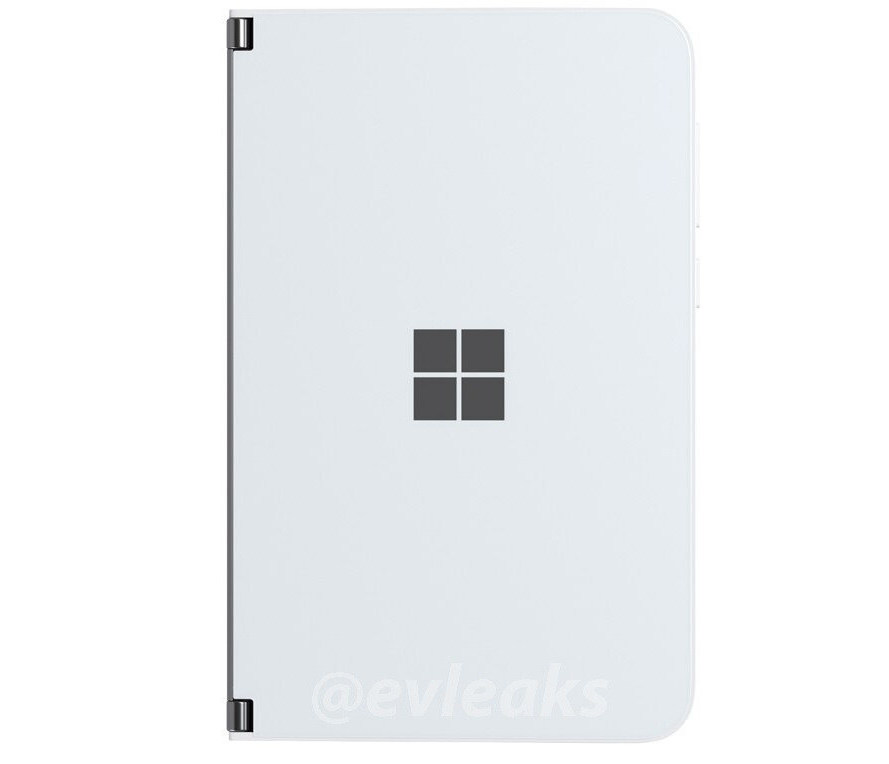 However, leaked render images do not reveal yet unknown information about the upcoming dual-screen device. Evan Blass’s description only confirms that Microsoft will sell the Surface Duo in partnership with vendors such as AT&T. In addition, the photos indicate that the release date is getting closer and closer. According to current rumors, the Redmond-based company doesn’t want to launch the Surface Duo until the end of the year, but rather in the summer. It is possible that the device will be released in August. However, there is no confirmation of this.

Over the past few weeks, Microsoft employees have already posted numerous photos of the Surface Duo on Twitter. Panos Panay, Joe Belfiore, Shilpa Ranganathan, Frank H. Shaw, and Brad Anderson, among others, have posted photos of their device. The dual-screen smartphone could be seen in different situations, for example, while cooking or traveling to Disneyworld. The Redmond-based company has revealed the Surface Duo is now ready to use and could be released in the near future.

Microsoft appears to have distributed the first series of Surface Duo devices to employees and allowed them to post photos of the duo on social media. So many new ideas have come up over the past few days.

Most recently, Surface boss Panos Panay surprised by photographs of the finished Surface Duo, which he kept in the camera as “discreetly” as possible. This was followed by photos of Windows boss Joe Belfiore, who attends Disneyworld with his kids and the duo. Microsoft can’t even more covertly indicate that the duo is ready to go to the market and that everyone at Microsoft just loves to use it in any situation. Someone in Redmond must have thought that the best ad couldn’t be done before launch.

Ready for an awesome (and safe) day at Disneyworld! (Oh.. and one other thing too… #Surface) pic.twitter.com/JdIsfV2nQ0

There is no official word yet on when the Surface Duo will go on sale. The company originally announced the Surface Duo in late 2020, but the information was leaked a few weeks ago that it was going to release up to the Samsung Galaxy Fold 2.

We looked a little further on Twitter and found one or the other interesting picture that gives an outlook on what the duo can achieve.

Hold the duo in the camera once

Product manager Shilpa Ranganathan bakes cakes and shows the recipe in a duet. You will (presumably) see a website, one part with a photo on the first, the second part with a recipe on the second display. The picture shows how wide the display edge is. In addition, the folding mechanism in the corners is very clearly visible.

Blueberry crumb bars in the making – baking with my 7 year old has been a fun way for the 2 of us to spend time together… #2handsbetterthan1 #quarantinebaking pic.twitter.com/LaGbK1I6BO

Edge and Bing in “portrait”

The Surface Duo seems to be made from recipes. Brad Anderson, VP of Microsoft 365, introduced the duo to nearly 28,000 Twitter followers. Anderson shows his duet in the kitchen. He opened Edge and Bing. The duo is housed in a well-known protective casing and is also housed on the work surface by Anderson as a mini laptop replacement. This picture shows the proportions especially well.

What can you do with two screens? Well, tonight I had the recipes for the main course AND dessert open at the same time! Go @surface. Amazing experience @panos_panay and team. pic.twitter.com/EEZyfscQI0